Puppet Pandemonium is about a puppet show where the characters are playing the games, with the audience joining the fun by helping them play well.
Kris Graft
Publisher
February 13, 2018

Puppet Pandemonium is about a puppet show where the characters are playing the games, with the audience joining the fun by helping them play well. With people using a single-button controller on the puppets while the audience coaxes them along, the game mixes Twitch Plays with puppet theatre, creating a fun collaboration between player and viewer.

Gamasutra reached out to Terence Tolman, Project Lead on Puppet Pandemonium, to talk about mixing elements of theatre and Twitch streams, and how they explored the interaction between player and audience using soft, silly puppets.

My name is Terence Tolman and my titles on this project include Project Lead, Lead Designer, Game Artist and Puppet Maker! Also, I’d like to give a shout out to my awesome team! 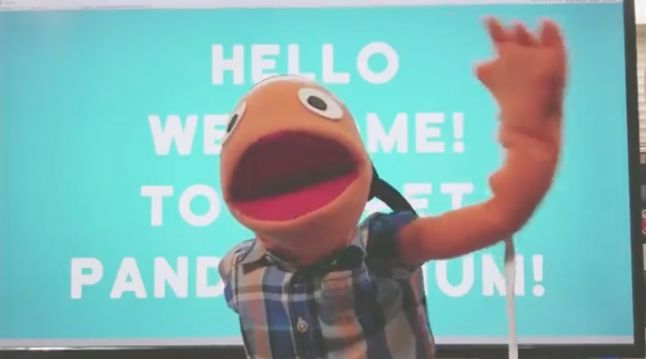 I would tell them that it’s an interactive puppet show where the puppets are also video game controllers!

I've been making games for about 5 years, mostly jams and some freelance work. Professionally, I’m a concept artist at Against Gravity working on the VR title Rec Room! I also like to make weird interactive art that is part game and part art installation or performance! Indeed, this is actually my second ALT.CTRL.GDC game! The first one was called SlapFriends, a plushie hat fighting game!

What development tools did you use to build Puppet Pandemonium?

Unity for the game development and a mix of 3d and CAD software for making the theater and the 3d printed parts of the puppets! And a sewing machine.

Lots of wood for the theater. Upholstery foam for the puppet skeletons and fleece for their skin. I watched a lot of “How-To-Make-A-Puppet” videos on YouTube! And, funny story, the puppets wear actual children's clothes, so now Google thinks that I’m having kids.  Also, we used 3D printed materials for their little helmets! 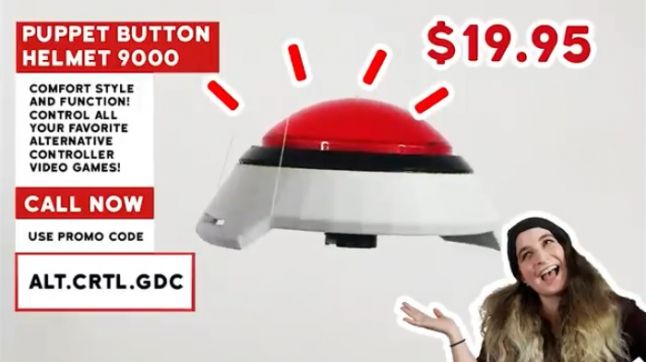 My team and I are still working on it, so by time of completion about 4 months all total. The game was designed to have a pretty small scope for production reasons, but also because it needs to be a really short experience to play well at something like Alt.Ctrl.GDC.

It's something I've been thinking about doing for a while after a friend of mine and I made a sock puppet short fill for PBS a few years back! I've always wanted to make an interactive puppet show!

What made you want to mix a puppet show with video games? Why pair the two?

So I'm pretty sure this question answers itself...but here is an explanation nonetheless. In general, I’m really interested in the intersection between textiles and digital technologies. I’m also into live theater and performance art, which are inherently interactive mediums. Combining these interests with the feedback of games and digital interaction always seemed like a really interesting idea!  Lastly, I went with puppets because I wanted players to experience what it like to be a performer without having to worry about how silly they look!

What challenges did you face in turning a puppet into a controller? In designing play around a puppet controller?

To avoid said challenges, I designed them to be hyper simplified! The puppets aren't even the controllers so much as they are the ones wearing the controller! At the end of the day, it’s just a one button controller that just happens to be on a puppet's head! The hilarity comes from the player trying to use the little puppet hand to smack the button!

The most difficult part was actually designing the overall game flow so that the performers (Players) know what they are supposed to be doing throughout the game. For example, when to say their lines, how to play the games, etc, but let’s be honest: the poorer the acting and clunkier the playthrough, the funnier it is! 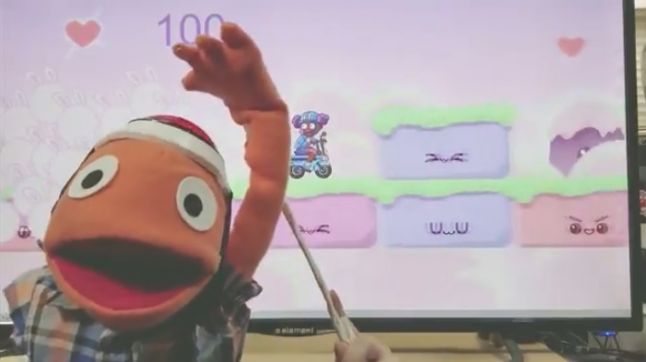 Why add audience participation buttons? Why involve them in the show so directly? Why connect the performers and audience this way?

To answer this one, simply look at real theater, or at the very least puppet shows things like Punch and Judy and even Sesame Street which always try to involve the audience! Also, theater requires an audience or it would be a very sad puppet show, so I decided to make the audience a mandatory part of the experience!  And if you HAVE to be there, I wanted you to be invested and interact directly with the “actors” - indeed, the audience actually goes on the narrative journey with the puppets! It’s like Twitch Plays, but live theater!

What difficulties did you meet in creating a cooperative experience between players and viewing audience? What thoughts went into creating this bond between them for the show?

As mentioned above, the most difficult thing, design-wise, was making sure everyone knows what their role is, and any given time the overall game flow is meant to be super simple and digestible at any moment, so that even if someone comes into the audience halfway through, they can start playing!

I thought a lot about the bond between Twitch streamers and their audience, and that’s actually the entire conceit of the show: the puppets are two live streams whose fans are watching and interacting with their stream!

I think AR will ultimately overtake most standard interactions - we will all have contacts and implants, so a cyberpunk dystopia is closer than we think. That said, I think we will see sharable 3d printing do some really interesting things. Look at Nintendo Labo, for example. That is extremely exciting for an alternative controller designer; the only problem is if I come up with something neat I can't easily share it with someone else unless they have the kit too. So, as 3D printing improves and becomes ubiquitous, I think we will see lots of really interesting hardware peripherals and interaction paradigms made by individuals, and made readily available!