Guilty Smells tests players' sense of smell, having them act as a food-sniffing dog seeking to hunt down those "guilty" of bringing foreign influences into American life.
Kris Graft
Publisher
February 13, 2020

Guilty Smells tests players' sense of smell, having them act as a food-sniffing dog seeking to hunt down those "guilty" of bringing foreign influences into American life.

Heather Kelley and Paolo Pedercini, developers of Guilty Smells, spoke with Gamasutra about the challenges of working with scent-based play, as well as the use of the absurd in exploring their themes (and how that absurdity seems to be becoming less absurd each day).

Kelley: I'm Heather Kelley, co-designer, sound designer, music for Guilty Smells. I’ve been a designer and producer and cultural organizer for a longish while, and now I also teach. I started experimenting and researching sensory interaction about 10 years ago. 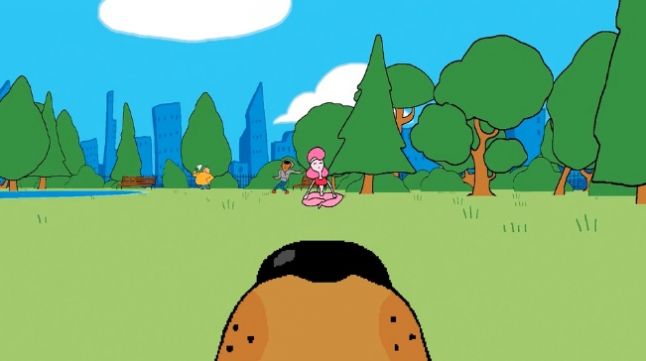 Playing with the sense of smell

Kelley: In most respects, the game has very familiar controls for a video game. The innovation is actually in the display. In addition to visuals and sound, the game triggers four unique smells. Players need to use their sense of smell to interpret what’s happening in the game and respond correctly.

I’ve been working with smell as a sensory element of interactive art and games for about 10 years now. Paolo asked me if i wanted to collaborate on a smell game to debut at the LIKELIKE exhibition “Analog Pleasures” and we started brainstorming from there.

On the development tools used to create Guilty Smells

Pedercini: Arduino, Unity, and Doodle Studio 95 by Fernando Ramallo. Doodle Studio 95 is a wonderful plugin that lets you draw and animate inside the Unity editor. That’s something I’ve been craving for since I stopped using Flash. 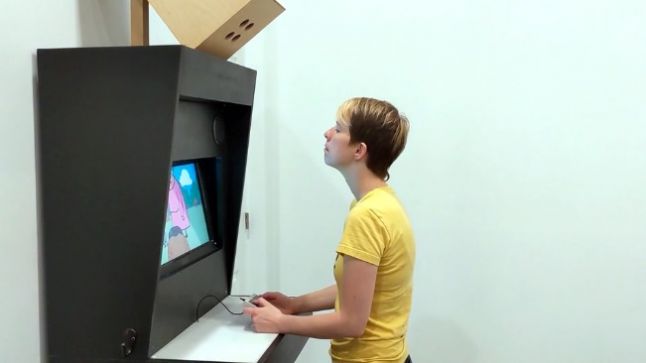 The challenges of working with scents

Kelley: The problem with smell is that it’s tricky to control the distribution to the players with any amount of accuracy and speed. Scent has an entirely different relationship to space and time than we are accustomed to working with as game designers. It reaches the players more slowly and then lingers around longer. The nose (actually the brain) adapts to lingering smells and stops detecting any smell unless a new one is presented. And it's a very subjective sense. Not everyone smells everything similarly. A design for interactive scent has to try to account for all that.

Kelley: We started with the hardware we had on hand, built by a group of students I taught at Concordia University. It can release 4 different smells using an Arduino to trigger fans which blow air through tubes and over scented materials. We wanted to center the gameplay around these affordances, as opposed to merely “augment” a game with environmental smells. We also wanted to avoid a simple guess-the-smell challenge, so we devised a somewhat open environment that gives the player some time to sniff, compare food scents, and think before reacting. 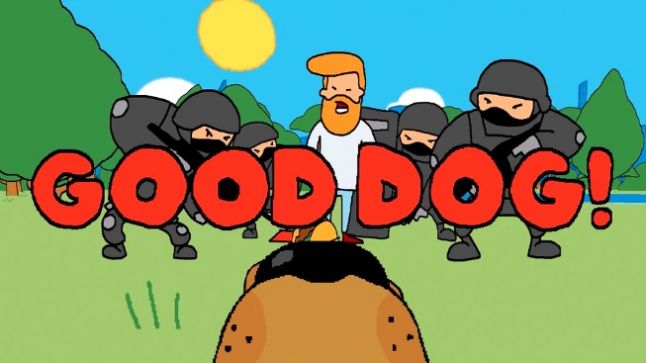 Pedercini: Well, dogs are notorious for their sense of smell, and their use in law enforcement offered a compelling set of themes. The original idea was about a retiring drug-sniffing dog. There was a police officer who claimed that if marijuana were to be legal in Illinois, they would have to kill all the pot-sniffing K9s in the state. And obviously I was very interested in making the first game that runs on actual pot.

Eventually we settled on a more absurd, and more timely setting given what’s happening with immigration in this country. It’s absurd only to a certain extent, if you think about the infamous “Taco truck on every corner” story.

The game is set in a hyper-Trumpian near-future: foreign food is illegal, and your goal is to bust consumers of Mexican, Middle Eastern, and Chinese food while leaving McDonald’s consumers alone. The food preferences are randomly distributed among a set of characters, so you have to resist the temptation of relying on the suspect’s appearance.

Kelley: The satirical premise puts the game in a comfortably large category of anti-authoritarian media that uses humor and absurdity to make its point. Theoretically, taking an idea to its logical but ridiculous extreme can help people see a situation in a new light. These days, it’s harder and harder to stay ahead of the absurdity curve, but we’ve tried. The game will probably also make you hungry.;[l,

Pedercini: I actually take animal-human relationships quite seriously. This is my second game about dogs & xenophobia; the other one is called Dogness.