EXTRAREALITY CODEBREAKER has players interacting with sixteen puzzles on different channels of something like an old TV, but finding the answer to those puzzles is just the beginning.
Alissa McAloon
Editor-in-Chief
January 14, 2019

EXTRAREALITY CODEBREAKER gives players what appears to be an old TV, tasking them with interacting with sixteen puzzles on different channels. Finding the answer to those puzzles is just the beginning, as players must then look at the information they've found and work it out in the real world.

Gamasutra spoke with Paul Hlebowitsh , developer of EXTRAREALITY CODEBREAKER, to learn about the difficulties faced in designing puzzles around a single input. We also talked about the developer's interest in engaging the player outside of the game world, bringing play beyond the screen by drawing the input interaction into reality.

Hidden messages on a strange TV

My name is Paul Hlebowitsh, and this was a solo project. I did all of the programming, hardware engineering, puzzle design, art, and woodworking.

EXTRAREALITY CODEBREAKER is a puzzle game involving finding hidden codes in strange, interactive television channels. There are two dials on the box: the top dial selects the puzzle, while the bottom dial is what you use to solve it. Each puzzle leads to a five or six letter English word, which is your hidden code for that puzzle. 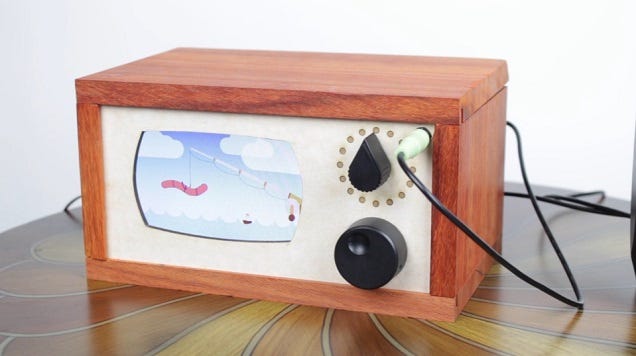 I've been reading a lot about sculptors recently, and I was struck by an essay by Donald Judd called "Specific Objects". In it, one of the points he argues is that we've done art a disservice by placing it behind a frame, separating it from the viewer. His solution to this was to create objects of solid materials that were placed in a room. In a way, that forced the viewer to engage with the object.

I liked the idea of performing a "lift" like that to get a player to engage with an input interaction. But instead of moving the game scene out from behind the screen into the real world (like VR or AR), I thought that I would try lifting the whole input interaction and have the player mimic the interaction outside of the game.

Exploring the power of a single input

I wanted to design a game that explored how an input device can be used to control something. In order to do that, I needed a puzzle architecture that was flexible enough to accommodate a large number of different mechanics. Using English words as the answers, along with theming the game around breaking codes, seemed to be the solution to those issues.

The game is designed to explore dial interactions. As a result, the dial needs to be used in as many different ways as possible. In general, I started with a possible way for a dial to control something and built the puzzle around it. The tricky part there is that you need a way to extend the interaction in order to design the second step of each puzzle, which wasn't always possible. 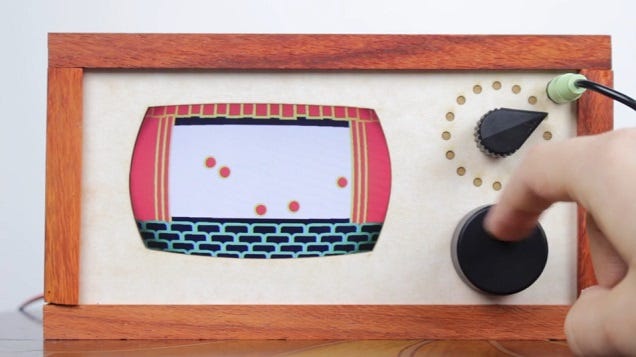 Inspirations for a classic codebreaking box

I really enjoy the design of old television sets, especially the wooden ones. This game doesn't need very many inputs, so it made sense to make the design simple and minimalist.

I wanted to make the first step of the puzzles straightforward so players would have something to latch onto when they started a new puzzle. The second step is harder, but in order to make the game more approachable, I created sixteen sets of laminated objects that act as solving aids. They can be written on with a dry erase marker, and they serve as a guide to the second step.

In addition, no puzzle requires sound or color to solve. I wanted to make the game as accessible as possible.

I made a game called RYB, which was a logic puzzle game that tried to lead solvers down an interesting solve path by carefully meting out information at every step of the puzzle. It was showcased at PAX East a few years ago with the Indie Megabooth! 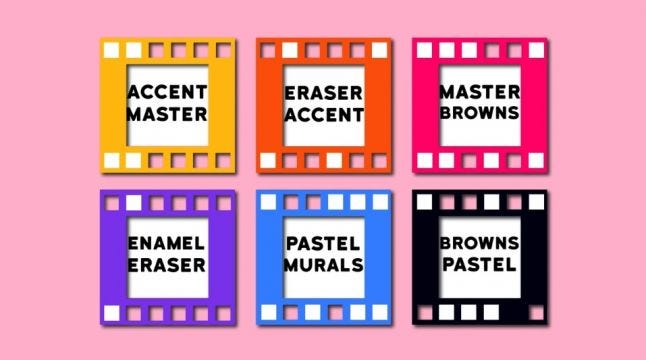 EXTRAREALITY CODEBREAKER is run on a Raspberry Pi, is coded in C, and uses the experimental OpenGL drivers on the board. I coded it on my Mac in Xcode using OpenGL 3.3 and GLSL 330 for the shaders. The Raspberry Pi only runs OpenGL 2.1 and GLSL 120, however, so every time I've coded a new feature or written a new shader, I've had to port the code from the newer version to the older one. This is definitely not the best way to do this.

The case is made from African padauk wood, which gives it a nice orange color. The front panel is laser-engraved maple. I'm also building two other boxes out of purpleheart and wenge.

Unique controllers enable unique interactions. Without a standalone box with the dial, there would be no way to perform the "lift" mentioned above, which is what the whole game is designed around. The puzzle mechanics and game wouldn't make sense with a different type of controller.