Coal Rush creates competition out of running a train, having players scoop coal, change tracks, and scare wildlife off the tracks with its locomotive controls
Alissa McAloon
Editor-in-Chief
February 19, 2019

Coal Rush creates competition out of running a train, having players scoop coal, change tracks, and scare wildlife off the tracks with its locomotive controls

Gamasutra had a chat with Alec Bergström, Producer on Coal Rush, to hear about the challenges that came from designing the game's huge controller, the difficulties in keeping things from getting too taxing with such a physically-demanding game, and capturing the appeal of being a train conductor in the Wild West.

My name is Alec Bergström. I was the producer and scrum master for the project. I also worked on the physical build with our lead designer, Simon Ågren.

We're students at Uppsala University Campus Gotland, and we're studying game design currently, so in Team Moon Moon we have only created one other digital game. We are now in our second year of our Bachelor's Degree, and we are working on two more digital games this spring. Most likely in separate teams this time, though. 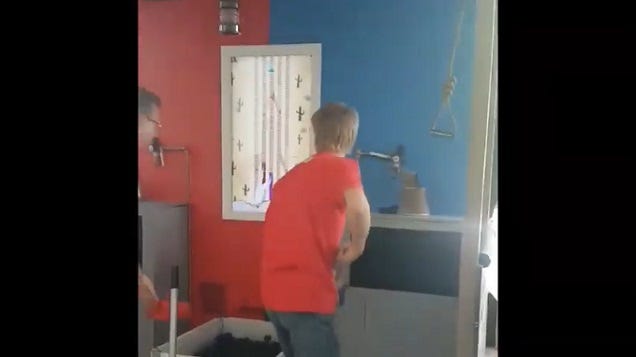 Creating an engaging arcade game out of a train

As a project at Uppsala University Campus Gotland, we were to create a concept for an arcade game, and then create said concept as a full game. The actual idea itself was a result of brainstorming, where we wanted to come up with a game that would make people really engaged in what they were doing. We also wanted it to gather people who weren't playing and make them as engaged in the gameplay. Coal Rush was the result of one of the brainstorming sessions we had at the beginning of the project, and went through a ton of iterative cycles to develop into the final idea and booth.

It's quite straightforward, really. The different controllers are based on classic actions you would associate with trains, or steam locomotives. The Shovel is used to shovel coal from the coal pile to the furnaces, which is done at a quick pace constantly to remain at a high speed. The Lever is used in the way you would imagine, just pulling it. It changes the direction of track intersections to either make you or your opponent switch tracks. As for the Horn, it is pulled down and will scare any animals on the tracks away from your horn. 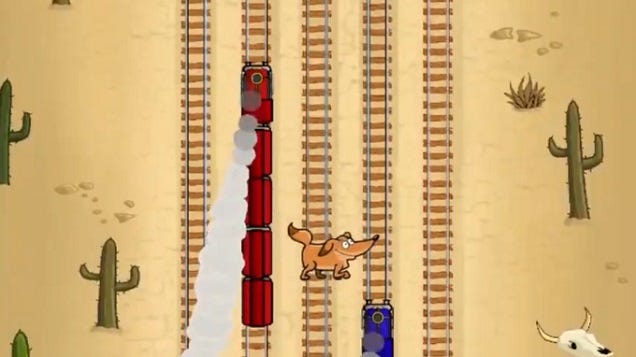 Coal Rush is made entirely in Unity, except for graphics and animations, which were made in Adobe Photoshop.

The first complete physical build was made with plywood and wooden beams. It stood on 6 wooden pallets, 3m high, 2.5 meters deep, and 2.5 meters wide. The new iteration for GDC will be different, as we will need to downsize in order to afford shipping it across the Atlantic, and will most likely stand at 2x2x2m and be made from lighter materials such as MDF.

On choosing which interactions to put into Coal Rush

We had shoveling coal as the only input in the beginning, but realized the player needed more to do. The lever and horn were just the first few things that came to mind that made sense. However, when it came to making the choice of which functions to include, we had to consider both the theme of the game and how much they contributed to the user experience. The shoveling of the coal would make the game quite hectic, which in a competitive scenario was something we really wanted. The lever and horn would become great tools of enhancing that competitive feeling by not only having control of your own train, but the game world around you so as to mess with your opponent.

We wanted the player experience to be centered around the physical. When we thought of an arcade hall, we thought of the more physical games you can play, where you actually had tools to use rather than a joystick and some buttons. We wanted Coal Rush to fit firmly into that category, and so prioritizing the physical properties was, to us, the obvious choice.

As for how we designed it, we had quite a clear concept in terms of the aesthetics we wanted the player to feel, but we weren't quite sure if it would be fun for the player. The amount of playtests we had helped us narrow down what made it a good experience for the player, and we pushed to create that. Quite honestly, the design of the game was not decided early on, but it only started with an idea that sounded good and narrowed down to be good through player feedback. All design decisions we made were evaluated on whether we perceived it to be thematically accurate, and whether it conformed to the aesthetics we wanted. 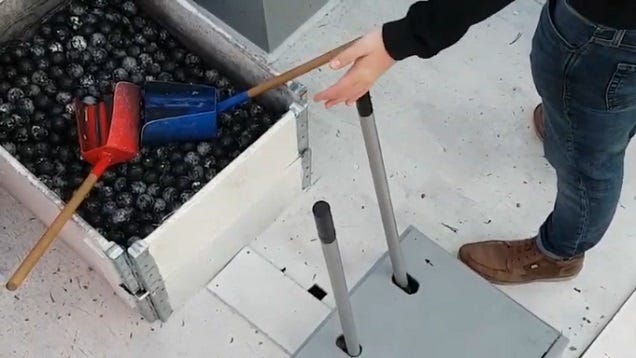 On making their train game competitive

It started with a "what if?" when we decided to implement the lever as a function. The simple idea was that the lever would change all tracks on the game screen. Once we realized the possibility to change the track for the opponent would enhance the competitive nature of the game, we decided that the horn should do this as well. The obstacles and animals spawn in parts of the level and so you are not always able to mess things up for your opponent, but when the possibility is there, we found that players really enjoy looking for it.

We wanted to create a steam locomotive that the player would stand in. Due to material restrictions, we were unfortunately not able to completely make it into this, but we think we created quite an industrial vibe.

The first difficulty that comes to mind is where we could even build it. It was eventually built on a team member's front lawn at their parents' house, which we are extremely thankful for! At the convention at the Gotland Game Conference, we also had to move the booth from the assigned spot, as we couldn't fit the booth there.

In terms of development difficulties, we had some trouble creating such a large booth with regards to finding the correct materials without making the booth feel ridiculously oversized or cramped.

I think it creates a different aspect of gaming, as you receive physical feedback instead of visual. The challenge is making it fun and pushing the player without making it too tough or exhausting. It took a while to refine the game to where a game session was just the right time so the players could feel like they worked without being exhausted.

The appeal of becoming a train conductor

It's not so much the profession itself that has the draw, but the theme of the wild west and the physical nature of the job makes for a great way to promote a competitive spirit! Capturing the appeal of the wild west theme, for us, was done by our graphics team, so big hats off to them for the great thematic backgrounds and models. The physical nature of the job was captured well, I think, by emulating the things you would think are done in a steam locomotive, but I guess the switching tracks is a bit of a stretch!