When and how games evolved to have clear-cut objectives? How this affects creativity of sensation-driven games? This post explores how feelings can be a driven force in games, not only mechanics and objectives.
Rafael Branco
Blogger
November 30, 2020

What makes a game? That was the question asked by our teachers when we presented our newest project, Sealed. When we developed the game, we decided that the only objective of the game is to leave the cave, even if impossible, as it would be more of a sensation game than a mechanical one.

This lead to a lot of inquiries about if it is a game or not. Wouldn't it be easier to make a short film instead? Why there is no core mechanics and objectives in it outside of exploration? Showing that people missed the point entirely, that being our fault.

In Pong, we have the objective of beating your adversary, in Space Invaders you must beat the aliens before they reach you, and in Donkey Kong you must defeat DK and save Pauline. All of those are cut-clear core objectives. 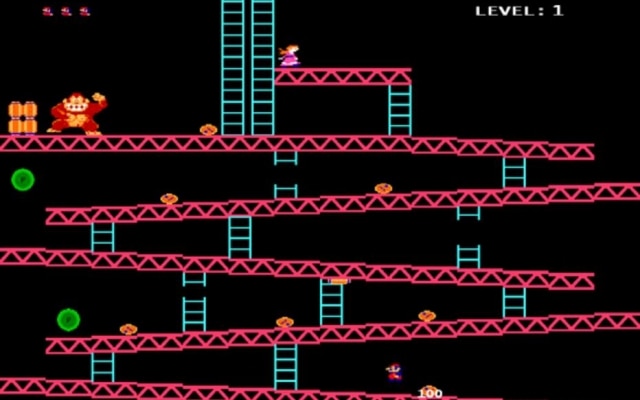 It's interesting to think that all games have a core and maybe side objectives. As you do, you can go back in time and start to wonder, when did games evolve to make complex goals?

We may address this to a hardware limitation. In the old days, there was no way to insert a thousand side-quests in your game for the player to complete. And as expected, when we follow the updates on hardware, we have updates on how the games look, sound and play.

There is a trend starting since the dawn of video games, and it got stronger with the rise of the Indies of trying to reach Sensations/Feelings in games. Even games with mechanics have a focus on those. Super Meat Boy and Celeste have a way to make you frustrated but at the same time inspired. Firewatch makes you drown deep in its story and character relationship and gives you a cozy feeling. And these feelings are why we play games, aren't they? This is why there has been a rise in games focused only on Sensations and Feelings.

This is why we decided to make a game focused only on the Sensation of claustrophobia and fear. There is no need for a monster or mechanics in a horror game for it to be scary. The sole purpose of the game is to make the player reach anxiety.

Our Game and Inspirations

On Sealed, you explore a cave trying to figure a way out, as your only known exit was closed by falling rocks. This objective may be reminiscent of exploration games. Nowadays, most of those games, like Outer Wild, Zelda Breath of the Wild, and Death Stranding have an objective, but they do also have side mechanics and even a plot that drives the game forward.

This doesn't mean that our game is less in any way. As we searched for inspiration in older games, like The Legend of Zelda and even more in Adventure. In both those games (more in Adventure) you not only have Exploration as the core mechanic, but you don't have a clear-cut objective.

This progression comes in small - but important - decisions. Objects in the cave are the most common, stalactites and stalagmites mark the way you passed before, helping the player to guide themselves into the cave. Also, rats that follow specific paths that the player can choose to follow or not, giving a sense of agency.

As you can see, the small rat runs all over the cave, with different rats having different paths that might be interesting to the player to explore. As the game doesn't have an objective, the player will try their best to find ways to feed their brain with stimuli, even if that means following a small rodent into the unknown.

It's weird to create a level that doesn't have a specific ending to it. Making loops on paper seems easy, but when you start building a level without a goal, it is really hard. You have to give the player hints, as mentioned before, to help them find a way that feels right in their brain, while it isn't right in any try they make. Working with the Environment Artist on this bit is very crucial, as they will help you to construct a better level that makes sense on the player's brain. 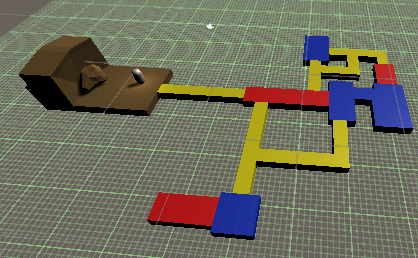 In our game, I used Pro Builder on Unity (and as funny as it seems, we eventually changed to Unreal), using colors to help the artist to know which part of the cave was what, and where to put objects and other visual stimuli to help the player to guide themselves inside this endless maze.

This being my first experience with 3D level design, every step of the way was a discovery, every time I failed to do something good, I erased everything and started from scratch, but that is how it has to be done. For level designers that are new to this kinda stuff, you need to be detached from your work, or you will never finish it.

How to make a Sensation-Driven Game

This is a very hard question, as games like that tend to differ from each other. But with my experience developing Sealed I would say that there is no right answer for this one. You need to focus on making your player create his own goals inside the game. Creating stuff that seems important and cohesive is a clever way to make players find meaning where there is not. Of course, you can indeed create meaning to everything you put inside the game, but that doesn't mean that it is obligatory as humans create meaning in things by themselves.

My most precious tip would be: Don't be afraid to fail. This tip serves a bigger purpose as it helps in game development in general, but you need to be detached and open-minded with this kind of work, or you and your game will be doomed to fail.

Thank you for your time reading!