10mg: invading Steam with microgames to make a point 2

As games continue to flood onto platforms like Steam, many developers are trying to make their games look even more complex. Not so the 10mg (Ten Minute Games) project, a series of 10 microgamesÂ that each take 10 minutes to complete.
Simon Carless
Blogger
October 13, 2020

As games continue to flood onto platforms like Steam, many developers are trying to make their games look even more expansive, complex and replayable to justify people buying them.

Not so the 10mg (Ten Minute Games) project, which is a series of 10 microgames from different teams that each take 10 minutes to play, all launching simultaneously on Thursday, October 15th:

a collection of ten games, each ten minutes long, made by ten amazing teams. releasing October 15

So you have to wonder - what's the ethos and concept behind this idea, and why would you deliberately brand your games as being incredibly short, especially with Steam refunds for games played for less than 2 hours being relatively 'relaxed'? To find out, I chatted to dev Stuffed Wombat (Qomp), who started 10mg, about the project. 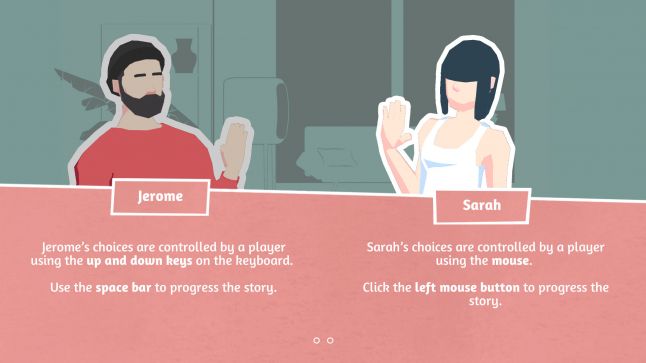 Q: What was the particular point that you wanted to make when you set up 10mg?

10mg is a psyop. The goal is not to make money, or to immediately convince people that short, experimental games are worthwhile. It would be great if that happened, but 10mg is primarily about shifting the overton window of the game length discussion.

There is a lot of amazing, groundbreaking work being done by game developers, but we are encouraged to hide that work, serving it up very slowly over long playtimes. If a game is less than two hours long, people can refund it. From a consumer perspective, this is amazing, but for developers it means that the two hour mark is something sacred, something that has to be crossed to have a shot at the ever elusive sustainability. And beyond that, games are often treated merely as entertainment, competing to provide ever-lower cost-per-hours-entertained.

If we can sell 10 minute long games on Steam, maybe other developers will be less scared about their game’s length. Maybe they will refrain from padding their game’s playtime with repetitive gameplay. If people enjoy some of our games, maybe they will give other short games a shot.

Q: How did you consider contributing developers, and would you like to highlight 3 or 4 devs and examples of their previous work (with links) so we can get an idea of their output?

A lot of the developers that I admire are extremely ‘underground’, meaning that they are prolific and have been making games for a long time, but never got admiration or recognition from the mainstream indie scene.

When I started 10mg, I simply asked them if they wanted to participate.

Sylvie for example makes games that are aggressively different, too many great games to choose just one. Her uncompromisingly cute framing allows for the creation of games that are decisively open and untempered. There is a thin line between simple and genius and Sylvie walks that tightrope without a care in the world.

Then there’s Droqen, best known for Starseed Pilgrim, and whose blog I fell in love with right after playing his amazing Oubliettes. There is something that is very loose and free about Droqen’s designs, but I think it comes from great attention to detail and care.

And Torcado I have known for a long time. His major project is Heckdeck, which is both unconventional and deeply familiar in a weird way. What he has done for 10mg as a whole, organisationally, is amazing, and his game “:)” is a definite highlight of the project for me. 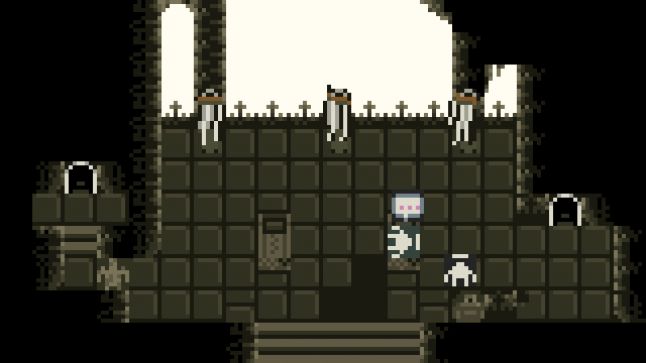 Q: Obviously, you had to (collectively) spend $1,000 just on getting the Steam pages set up for this game, correct? Are you expecting to make this money back easily?

We never assumed that 10mg would make any money. A few of us who are less poor have offered to help out people who couldn't pay the $100 at all, but in the end everyone managed somehow.

After the positive response to the announcement, we are cautiously optimistic that we will recoup our money, but in the end, hopefully 10mg will pay for itself in the very long run, by changing the way small games as a whole are perceived, consumed, and funded.

Q: Did you find that Steam has good tools for this type of 'group submissions of games' process, or did you have to work around some issues? (Are you using bundles?)

Steam has no tools for any such thing! The 10mg collective has worked insanely hard to help everyone get their game on Steam on their own. This meant we had to corral 10 developers into all having their store page approved by a certain date, build approved by another, which in turn meant organising shared imagery and assets ahead of time. We’ve dealt with nonsense pushbacks from Steam about issues that were already fixed.

We have also bundled all the games together, which was an additional hassle since that process simply happens over email, but everyone’s pages have to already be up to scratch, and the release date needs to be a certain distance away, and so on. The platform is really not prepared for a 10-game launch-day bundle.

But since Steam gives a baseline of exposure to each title, it was important for us to upload the games separately, for maximum reach. If we’d all used the same engine we could have made it a single product, but that would also mean that one of us would receive all of the funds then have to regularly pay nine other developers their share for the next however many years. Not fun (or viable).

Overall I can only say that Steamworks is a pain in the butt that you can begrudgingly get used to. The documentation is super old and I wish Steam would invest a fraction of the money they make in making Steamworks work better. 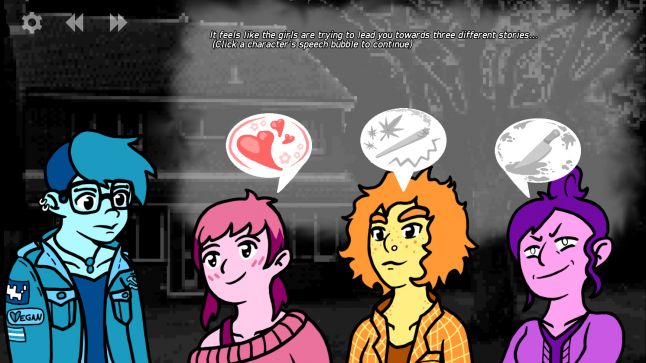 Q: Do you think there's a 'short, high concept game' scene that exists independent of the Steam game scene? Is that good, or do you think they should move closer together?

I do not perceive it as a concrete scene, but more as a loose collection of individuals and collectives that are exploring games in different directions. The games they make are mostly very short and end up on itch.io, available for free or pay-what-you-want or next to nothing.

Steam has a lot of users, many of which might be very interested in the weird and the wonderful, but I feel as if smaller developers have given up on the platform by default.

Releasing on Steam is an insanely tedious process compared to simply putting a game on itch.io with a few clicks, costs a fair amount (especially for devs in less wealthy economies), and right now it does not seem to be worth it if you do not make something that has mass appeal.

Previously, these sorts of games flourished on Newgrounds, Armor Games, Kongregate, etc. The sites generated ad revenue, and creators were often paid by the site for their games. The scene evolved around the F2P model well before that really existed in mainstream games. Now, as the audience has moved to Steam, sites aren’t particularly paying for that content, and the people making these doses of originality are battling for survival.

With ad revenue not being a viable option for tiny projects on Steam, and implementation of micro-transactions being complex and inherently affecting the design of the game, we think what needs to happen is that people inside Steam’s majority ecosystem get used to slinging a few dollars at short games. That’s really the overarching goal of all this.

On Steam, they already have their card details or wallet credit sitting right there, and if they hate the game, fine, get a refund. That’s really okay. But we need to seed that pattern of behaviour, show people that it’s a viable way to spend a 30 minute gap on your day off.

What I would love to see is the creation of a bridge between the two camps. The best thing that could happen would be Steam adding a “short game” genre, allowing consumers who are looking for concrete and finite experiences to find and buy them. 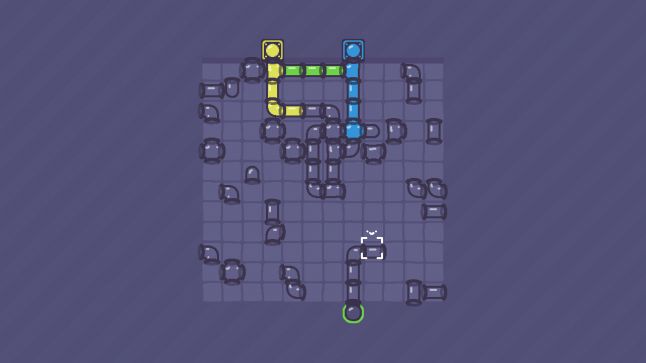 Q: Finally, just highlight 3 or 4 of the games that are debuting (with links) and explain why they are your favorites?

First up, as I mentioned before, there’s Torcado’s ‘:)’ (pronounced ‘smile’), with sound by Bibiki. It’s this very meta exploration of the 10mg idea, a collection of well-known, simple minigames but connected by a fourth-wall breaking twist. I’m reluctant to spoil it beyond that, but it demands to be played.

Secondly, I absolutely love Droqen’s HANDMADEDEATHLABYRINTH issue 0. Droqen is well known for crafting intricate, deeply interconnected systems, and here he's artfully displaying his take on the roguelike genre, except it's handmade, not procedural, and it has way more systems than any ten-minute game has any right to.

Finally I’m really pleased that Slasher, Interrupted by Softerror Interactive made it into the collection. It's the most pop-friendly piece of work from this team, an opportunity to really grab eyeballs for their other work. It tells a campfire horror story interrupted by your girlfriends, where interjections branch the story in dramatically different directions.

We will take a break.

I had to take on a lot of other work right after starting 10mg. 10mg would have died without the engagement of literally everyone else on the team. Almost everyone took leadership of something at some point, and it was a beautiful thing to see.

Especially before the announcement of 10mg, some of us worked way too hard preparing everything. The first thing to do after release is to figure out how to keep that from ever happening again.

There is a lot of interest from developers to participate in a Season 2 of 10mg, and current team members are keen on it, so in one form or the other it will probably happen. Personally, I would be really interested in doing 20mg with bigger teams, longer development times and higher production value (Please contact us if you want to fund that ^^).

But in the end, even if the brand of 10mg disappears, there are always going to be people who are exploring the edges of game dev in short (maybe even 10 minute long) games.