Horizon Zero Dawn's apocalypse, and the way it's told to the player, isn't just another video game setting. Here's a look at how its staggered nature creates dynamic storytelling moments worth emulating.
Bryant Francis
Senior Editor
May 24, 2017

I’m finally closing in on the ending of Horizon Zero Dawn (yes I know it’s been a couple of months but still), and in the game’s final hours, it’s begun to spill some of the secrets about how the Earth we know was transformed into a home for robosauri (and…robomammals, I guess. There’s deer and horses and bulls too).

While it would be a bit too much of a spoiler to talk about these revelations, and why they do a great job tying into how the game's heroine, Aloy, grows as a character, it was enough to make me stop and think about the game’s overall approach to the end of the world. This approach grounds character perspective and narrative purpose in everything from environment design, to voiceover, to game art, and beyond.

It’s a notable strategy that other games could stand to learn from, and shows why developers would benefit from not setting their games in the immediate aftermath of an apocalyptic event.

To help establish why Horizon Zero Dawn’s apocalypse differs from so many other games, it’s worth establishing a brief timeline of that apocalypse, and what key events lie along that timeline. Here’s a rough visual in case you need it spelled out. (Years referenced via this wiki)

By contrast, the world of Fallout only puts a couple hundred years between its apocalypse and its gameplay setting, and other games like The Last of Us will only set up a matter of decades. This means that for these games, there’s still a lot of connections between the player perspective, the character perspective, and an understanding of “the world that was.”

It also means that there’s effectively two different eras the player can learn about, meaning there’s a certain gap in knowledge that they share with Aloy and the people in her world. You could compare this to Fallout’s pre-apocalyptic universe, but since that retro-futuristic world mirrors the development of our known history, and takes place in extremely familiar settings, that gap in knowledge isn’t quite as large.

With that timeline in mind, let’s review some of the dynamics the game uses define character interactions and its environments along this timeline.

The first notable dynamic is how characters, either as a group or as individuals, respond to artifacts and information about “the old world.” Across the game, different NPCs Aloy encounters will spout facts about old-world artifacts, either adhering to a doctrine or religious philosophy, or just making idle speculation about the oddities they’ve uncovered.

Depending on the character, the mission, or a mystery the game is setting up, the player will likely have one of three reactions. First, they might know what the object, fact, or location is and have context for it the characters don’t, which gives them a more voyeuristic look at the interaction. This tends to apply to information pulled from general human history or learned science.

In Fallout, this distance is often used for cheap gags about how Wastelanders don't know about things like baseball, but Horizon Zero Dawn manages to stretch this perspective beyond just humor. (Though it's still certainly present.) 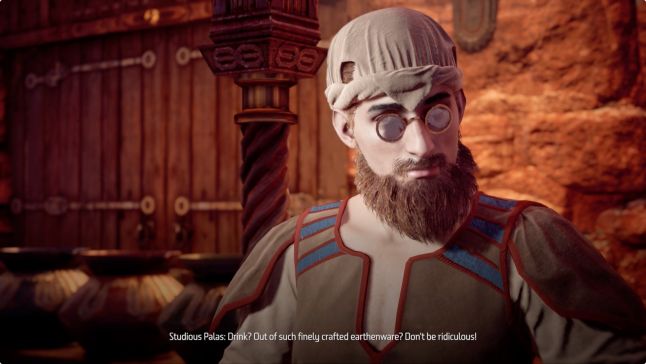 Third, players actually won’t know about the information being discussed, since it mostly relates to information that comes from humanity’s rebirth. This tends to apply to recent history for the characters, the different tribal backgrounds, etc. Very often, Aloy won’t know this information either, since she grew up isolated from her own people and the tribes of the rest of the world. This kind of information drives the game’s sidequests, and one main quest that starts in Meridean.

(A brief note, this would be the best place to link to Dia Lacina’s piece about the Tribal and Native imagery in Horizon Zero Dawn, which for all its detail and creative design, does borrow some imagery and cultural references from groups of people still in our society today.)

It’s important to pay attention to each of these reactions because they do a lot to drive home some of the game’s themes, which deal with speculation, discovery, and the line where personal conflicts overlap with political or religious ones. Since the player is literally hanging over Aloy’s shoulder, they’re right alongside her and will respond to how she responds to these three different scenarios.

It’s a great way to build a connection with a protagonist who has clearly defined personality traits, layering every such encounter with the player to either sync with Aloy’s frustration, curiosity, or amusement, or give them an opportunity to step back and watch her organically react to information they otherwise know.

The next notable way that the staggered timeline influences the game’s design is the way historical perspective is used to inform the player (and Aloy) about the tragedies of the old world. 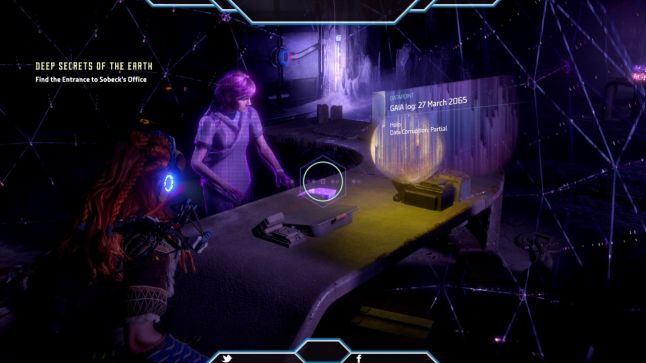 Much of this information is delivered in the game’s audio logs, or in notable cutscenes where Aloy gets to watch recorded holograms of older characters, but even though much of this information is optional, its presentation is still notable because so much of the buildup to the apocalypse isn’t told in a straight exposition to Aloy, but is pieced together by reading characters’ reactions to it.

Again, this technique is obviously familiar to those who’ve read through the various logs of Fallout or BioShock, but there’s a deliberate rollout of the pre-apocalyptic world that does a lot of work hiding the “what” of what’s happening behind an uncanny, unfamiliar world that’s been radically affected by technological advancement.

Since the truth about the robot-driven apocalypse is hidden behind the game’s main quest, the audio and text logs the player discovers are focused on showing how people of the old world were reacting to the changes around them as they grew more dire and dire. Reactions to climate change and corporate overreach are brushed off and become part of the mundanity of daily life, buried in news reports about veterans not being paid and secretaries complaining about fights between visiting politicans.

It’s not just an account of daily life (or a way to kick off sidequests), it’s information that plays differently to a player who has yet to live this future, and to Aloy who can't fully grasp concepts like pensions or even secretaries.

The third and final influence of this staggered apocalypse is the way it’s used to shape environment and level design. Just like how different parts of the narrative are laid along the timeline to create a varying sense of narrative distance, different locations draw from different levels of familiarity to either pull the player in with a sense of knowledge that Aloy doesn’t have, or they’re so alien and unknowable they defy any ability to deduce their purpose.

Just for quick reference, here’s a glance at three locations that would evoke different reactions in a new player. There’s the various populated spaces of the tribes and bandits which are populated enough to evoke the familiar feel of a normal city. 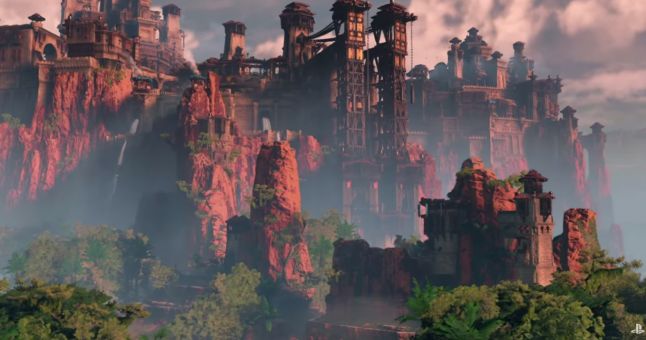 There’s the underground areas, which obviously look like spaces from our modern world, but are futuristic enough to create some distance between the player and their purpose. 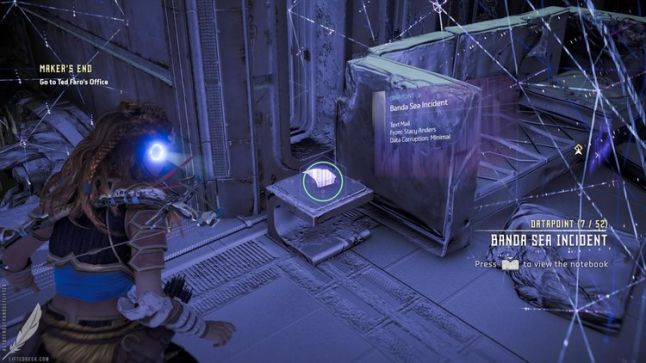 And finally there are the Cauldrons, underground facilities which are involved in the creation of their machines, but it’s anyone’s guess as to what the purpose of any individual room is. 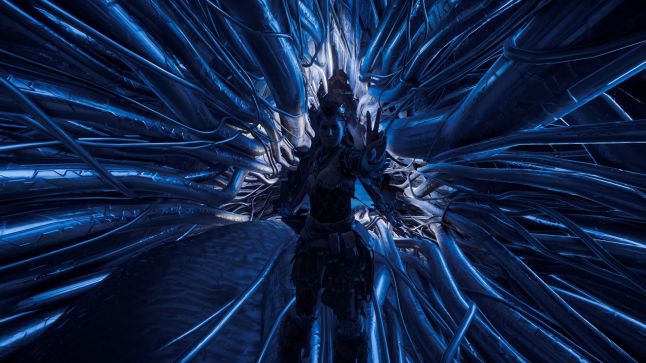 As the story unfolds, each kind of location is given a sense of purpose and narrative context, but until the end of the game, when all is laid bare before Aloy (and the player), this distance helps give a unique sense of character, space, and mystery, which are all great rewards for surviving combat with the Horizon Zero Dawn’s monstrous machines and apocalyptic factions.