Why the makers of Plague Inc. are building a mode where you destroy the virus

In the era of coronavirus, it's time to flip the script on a hit game.
Kris Graft
Publisher
May 04, 2020

Back in the late '00s, an aspiring game designer named James Vaughan played a popular Flash game that shaped the trajectory of his career forever. Like most successful Flash fare, Pandemic 2's pitch was both intuitive and unique: by leveraging a map that simulated the spread of a real disease, the game challenged you to build a supervirus that could infect the whole of humanity before the crack medical professionals of the world could develop a vaccine.

Though Vaughan was immediately hooked by the game, he quickly recognized the concept had commercial potential that far exceeded the strict limitations of the Flash platform. Inspired, he invested around $5000 into hiring contractors to develop a concept that would eventually become the mobile megahit Plague Inc. "I was already thinking about making my own game, and I just thought, why don't I try to make the game that this could be?" Vaughan recalls. "I wanted to incorporate more realistic algorithms, a deeper narrative, and more modern technology. And that's where it all started."

Today, eight years after its initial release, Plague Inc. is once again at the top of the charts, but for less fortunate reasons: the ongoing outbreak of COVID-19, which Vaughan describes as the game come to life. But although interest in the game has been undoubtedly reignited by this very real tragedy, Vaughn says that these players have reached out to the team to express how they're using the game to educate themselves, or to reclaim a measure of control over their disturbed lives. Even still, he feels deeply conflicted about the game's resurgent success. "You want people to play the game because it's fun, not because it's emulating what's happening outside your door," he says. "I feel quite proud that it's helping people get through this, even though it's purely by accident."

That's why Vaughan and his team at Ndemic Creations are working on a new mode for Plague Inc. that turns the original concept for the game on its head. Instead of treating the world as a petri dish for your nightmare virus, this new mode will cast you as an supremely powerful group of medical professionals who will manage humanity's response to the crisis, from locking down affected countries to trying to develop a vaccine. 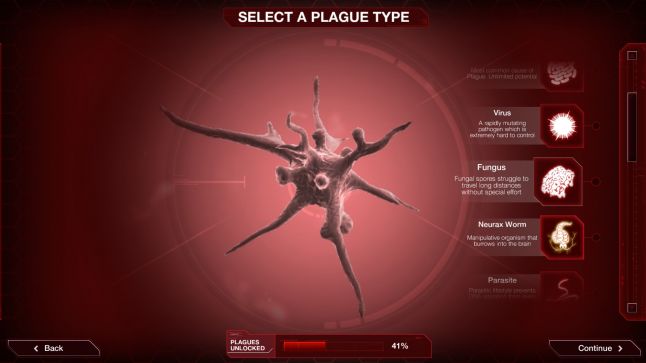 According to Vaughan , Ndemic has wanted to build a converse mode for the game for a while now, but it was always just a little too far down the to-do list. However, when the studio donated $250,000 to help organizations like WHO and CEPI develop a vaccine for COVID-19, multiple officials asked Ndemic if they could make such a game. Since the developer has continually relied on these sorts of experts to help push Plague Inc. in a more realistic direction, Vaughan says the decision was easy. "When you're making games that rely on algorithms, you're always talking to experts, saying 'we're thinking about doing X, how does that sit with your real-world experience?' Vaughan says. "This was very much driven by what we're hearing from the experts that are focusing on the real-world disease outbreak at the moment."

While Vaughan says that the mode is still in very early development, he already has a massive wishlist of features that he plans to include. He's also quick to clarify that while it will be guided by feedback from experts, like Plague Inc.'s previous modes, it will also greatly simplify some aspects of a true-to-life outbreak. Vaughan says that this is one of the key lessons he's learned from the world of educational games -- the things that you decide to simplify or explain away often do more to define your game's limitations than what you actually include.

He notes that astute players often notice some of Plague Inc.'s contrivances after a few hours of play. For example, when a disease mutates in the game, it mutates all at once, with no vestige of the previous strain remaining. As such, he wants to be careful not to sand down the simulation to elide some of the tough decisions that NGOs and governments face in dealing with the coronavirus crisis. "I think a big part of why people like Plague Inc. so much is because we try our best to simulate the complexity," he says. "There are no black-and-white answers, only shades of gray." 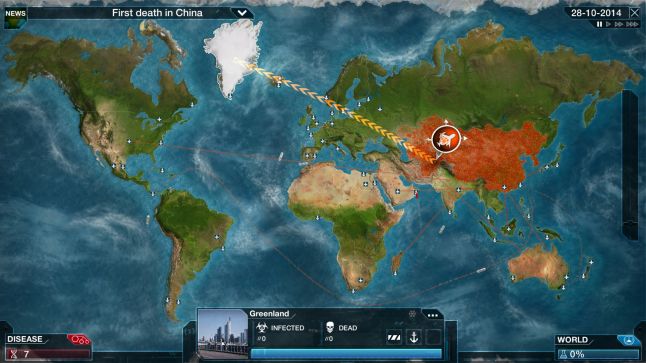 Players will be able to mount a variety of responses to the crisis, including introducing social distancing measures in affected countries, or closing the borders of vulnerable states. However, Vaughan also wants to make sure that zealous players can also overreact to the threat of the disease; if players lock down countries for too long, or institute unnecessarily draconian measures, they'll lose control of the containment effort entirely.

"It's all about trying to find the balance between the various tools at your disposal," Vaughan says. "If you haven't got good disease monitoring, you can't do much about anything. Do you want to focus more on medical techniques to help people recover, like a cure, or more on vaccine development to protect the people who haven't got it yet? And everything you do will decrease public order and damage the economy further, possibly to the breaking point. If you aren't working on a global level, you're going to lose, because the disease will work on a global level regardless."

Due to the nature of this mode, Vaughan says that it will ultimately have less binary of a win-state than the traditional Plague Inc. -- while you might win once you get the virus completely under control, you'll also need to assess what you lost in the process of achieving that goal. Or, as Vaughan puts it, you have to make sure that your wrecking ball of a solution doesn't inflict more damage than the problem itself.

As a whole, Vaughan states that implementing this new mode is going to be very difficult, even compared to the previous output of the studio, which included a game-type that simulated the spread of false news. That said, he feels that the finished product will be undoubtedly worth it. To him, it's a matter of social responsibility.

"I hope people who look at the current social distancing measures and think, 'why do I have to do this?' will play the game and realize the impact that everyone can have in their daily lives. We take so much of modern medicine for granted, and the experts in charge of these initiatives tend to assume that everyone has at least a basic level of knowledge about infectious disease. Well, the truth is that many of Plague Inc.'s players - who are just normal people like you and me -- don't know a lot about it, and we're hoping we can change that with this new mode."