When Game Design Becomes a Grind

The concept of grinding can be hard to pin down, but today's post looks at some common elements that cause a game to become a grind to play.
Josh Bycer
Blogger
May 18, 2016

Grinding is never a good thing and signifies when a game design's progression model stops working for the player. The actual form of grinding can be difficult to describe, because it's different for every video game and genre due to the mechanics involved. Sometimes the grind is mechanical, other times it's just the nature of the game and how it's played. For today's post, we're going to try to define what grinding is and some telltale signs to avoid when building your game.

The use of grinding in video games is one of those abstract concepts, but we can try to place a definition on it.

Grind: When all progression in a title stops until the player performs a set task until the desired outcome is achieved.

Progression is a very powerful motivator in game design, and one that I spoke with Jamie Madigan about multiple times on the podcast. Motivation comes in different forms based on the person's personality, and there have been a lot of studies about these forms of motivation.

What makes defining the act of grinding difficult is the fact that the player is still playing the game as they were before. The key point and the one that we're going to look into, is when the act of playing a video game makes that transition over to a grind. Video games are all about choice and options for the player, but what happens when those options simply disappear?

The most common example of when grinding occurs is when the player becomes locked from all other options until they accomplish one or more specific tasks; it's akin to having to eat your vegetables before your dessert. We generally see this in MMOs or RPG-based designs, where the player must hit certain experience levels to unlock important upgrades or story missions.

During my time spent in the early days of World of Warcraft, I ran into cases where I ran out of all the available content and there was nothing left to get me to the next level. My only option was to keep fighting enemies and get the experience needed to unlock new quest lines and get upgrades to my skills. In this case, I had no other option, no other way to make progress; it was either do the grind or stop playing, so I stopped. 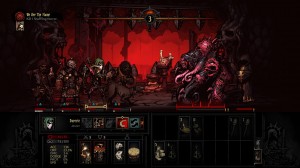 When the player's options for progression become limited, that's when a game becomes a grind to play

In many RPGs, designers either lock upgrades behind the leveling curve or have expensive items that the player could buy to improve their chances at a tough fight.

Either way, the player's options to move forward become limited; the only way they're going to see the next set of content, is to grind out what they need.

Grinding in game design is sometimes unavoidable, but there are several ways that the designer can make it more pronounced and should be avoided.

Grinding is never a good thing in a game, and there are several things that designers do to make it worse. The first is when content is tied to abstract elements like a character level.

Many MMO designers link story progression to character level as a way of gating challenges. The problem is that the player's skill and knowledge of the game have no relation to how far they can get in the game's content. In DC Universe Online, late game raids and challenges were limited to the player's gear level; this was determined by the quality of gear the player wore. If they didn't have high enough gear, they were not allowed to enter the end game until they did.

Once you enter the end game, you would receive currency and high level rewards by playing those missions; outside of it however, you had to keep repeating daily missions until you got the basic currency to upgrade. In this example, it didn't matter how well the player knew their character or the game, if they didn't have the gear, they were not going to see the rest of the game. To make matters worse, even if the player had other story missions or content available, they would not provide the player with the resources needed to get into the end game raids.

Another point is when content or rewards are locked to very limited options with no way around them. Many games feature achievements or unlockables tied to doing a specific task: Kill 100 enemies with the hammer, jump up and down 10,000 times etc. For optional content or achievements, while it's not preferable, it's still considered okay to design achievements in this manner.

The problem is when actual progression is tied to limited options. In Grim Dawn, you can build faction reputation with the various groups in the game; in turn, unlocking special upgrades and gear that you would not get otherwise. In order to build reputation, you have to perform specific tasks or kill specific enemy types that the group is against. 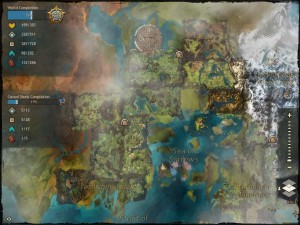 Another case of this would be the Souls series that typically feature weapons and gear that only drop from one specific enemy or enemy type; requiring the player to keep killing them with the hopes of getting the item they want.

Another example is from the F2P genre, when a game's progression is purposely slowed or removed unless the player performs a very repetitive task or spends money. Normally, progression in these games is fast at the start to get someone hooked, and then it slows down with the option to buy money becoming more attractive.

One other thing, it’s also considered grinding if the player has to repeat content, either by design or if they lose progress. This is something that should be avoided at all cost and is a surefire way to lose a player's interest. Darkest Dungeon straddles that line when you get to the end game in my opinion. The point is that in order to go into the Darkest Dungeon, you are always going to lose characters who can enter the dungeon no matter what; forcing you to repeat areas in order to get another group of high level characters to attempt the run again.

The common point and when grinding occurs is when all the options that the player has are removed except for one or two. It doesn't matter how much the player is playing the game unless they are doing those specific tasks for progression. With all that said, let's talk about some basic ways to alleviate or reduce the need for grinding.

Because grind is not a physical or real element, it can be hard to talk about ways to reduce it, but there are some options available.

The first one should be obvious, avoid having progression elements or mechanics built around one way of continuing. One of the best things about Guild Wars 2 was how the developers made sure that the player was always building their experience level no matter where they were in the world. How they did it was by lowering the player's character level to the level of the zone they were in; making sure that whoever they fought or what quests they did, they were receiving max experience.

The more ways for the player to achieve a goal, the less likely they'll become bored or start to feel like grinding, because the player can always switch to another way to proceed.

Another popular option, but far trickier to do, is to combine different tasks and goals together, so while the player is doing one thing, they're progressing in another. This goes back to an example I talked about in a previous post and the perception of work. It's far easier to convince the player to kill 10 enemies of 10 different types, than it is to get them to kill 100 of 1 type.

If you have achievements or challenge built around killing enemies, by having smaller goals tied to specific enemies, then the player is making double progress in both. As we've talked about, it's far easier to convince someone to finish a task than it is to get them to start something from scratch.

Regarding that last point, one big no-no is to have challenges or rewards become accessible or count after the player has done the task previously. Case in point: the game only counts the number or rats, goblins, trolls etc, killed for a quest, after the player has taken that quest. 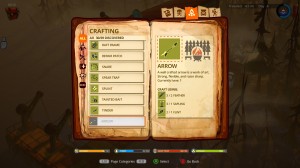 A recent option that we've seen some traction with is the use of level skips when things become too difficult. Several Nintendo games have given players the option of skipping a level if they die too many times; allowing someone to stop banging their head against the wall and come back to it.

When you do this, the level won't be counted as completed and leaves it open on the map for someone to come back to.

At the end of the day, when all progress has stopped for the player and there is no way to move forward except one, it can become a grind to keep playing. No one wants to feel like their time is being wasted, and being stuck in a game is a surefire way for a game to start feeling like work.

When the player just naturally completes these objectives without thinking about it, that's a good sign that the designer has done their job to reduce or eliminate grinding from their game design.

What's interesting is that it's very hard from the inside to see if elements are a grind or not. Again, many games have elements of grinding in them, however small, that can force the player down one road. The only tip I can give you besides play testing is to watch if one task has to be performed constantly. If the player is just repeating the same thing over and over again, then that's an easy way to tell if something is a grind.

Nothing kills the player's enjoyment of a game more than when it becomes a grind to play. Unless you keep an eye on your design and progression model, players may give up before they ever reach the end.