What Game Designers can Learn From Speedrunners

Speedrunning shows a different side of game mastery and presents some important elements for designers to know about game design.
Josh Bycer
Blogger
August 18, 2016

Recently I caught the Summer Games Done Quick charity event: Where speedrunners blast through a variety of games for charity. Watching them play through it, speedrunners used a combination of in-game glitches and utter mastery of the game mechanics to destroy world records. The level of skill required is immense and showed playing at peak perfection.

"Perfection" is what I want to talk about today, and how despite SGDQ, it's something every designer should strive to avoid.

When we talk about perfect playing of a video game, it's about figuring out the de-facto best ways to play a game. Part of this is min-maxing, but there is more to it than that. The player understands the mechanics to the point where it becomes also mechanical to play.

Watching footage of the speedrunners, it was almost like watching a computer play who knew every trick imaginable. During the RPG sections, the runners knew exactly the gear, leveling, skills and damage outputs needed at all times. What's important to point out is that this isn't usually an example of "breaking:" Where you discover a flaw or exploit that allows for easy winning, but it could be a part of it. Instead, this is perfected playthroughs that if handled correctly, should allow you to win every time. 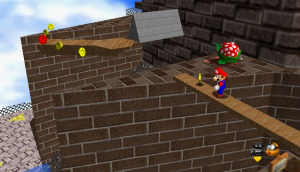 The game developers behind these titles most likely had no idea about these glitches or strategies, or even knew how to test for them during development.

As a designer, you may think developing a game around perfect play is a good goal, but it's actually one of the worst ways to build a game.

There are two big issues if you decide to build your game around perfection. The first one is simple: Perfection is boring. If you know that X, Y and Z will lead to winning every time, then why should someone keep playing your game? In the Civilization series, there have been tested strategies and build-orders designed around the best ways of winning the game. Once someone discovers the best way to play, there isn't a reason to keep playing.

This is why games since the NES era obscured a lot of their back-end information. Instead of telling the player their exact damage, they told them a "damage value." The less the player knows, the less likely they can figure out perfect strategies.

Of course, part of the balance of game design is figuring out just how much information to tell someone. The player should be given enough information to make informed decisions, not essentially play the game for them. Talking about this balance is out of scope for this piece unfortunately.

Another point is that perfection needs to be avoided in any competitive-type game; the reason should be obvious. If there is one way that wins every time, then the game becomes a matter of who can pull it off first. Hearthstone has been in constant struggles with avoiding perfect deck builds and it shows no end in sight. Having something that is the best in a competitive game is a sure sign that people are going to get tired of your game. 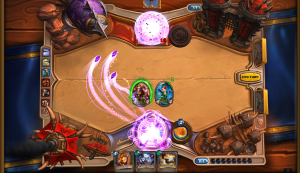 Perfection is the killer of any competitive or multiplayer-based game

The other major problem with perfection is what it does to the player and balance of a game.

A while ago, I wrote a piece about lessons I learned from Mario Maker. In it, I talked about why overly difficult levels weren't that popular.

The reason was having to play at that level reduced the play to a mechanical nature: You either do it exactly like this, or you lose. There is no thought process, no strategy, not even playing, but following a preset list of instructions.

Many RPGs have optional bosses designed just like that: You must fight them exactly one way or you will lose. As we talked about in the last section, perfection is boring. If your game is about forcing the player to do it just one way, they're going to get tired fast.

Another problem is that you're designing a game that the majority of your fans will never be able to get through. Imagine if Nintendo designed a level that required the skill that speedrunners put out in Super Mario 64, how many people do you think will be able to get through that? Actually, we can answer that by looking at the game I Wanna Be the Guy.

IWBG was all about the mechanical nature of high-level play. Getting through the levels requires absolute mastery of the mechanics and knowing all the little tricks that the developer throws at you. There were plenty of times where something would kill the player without any clues until it was too late. 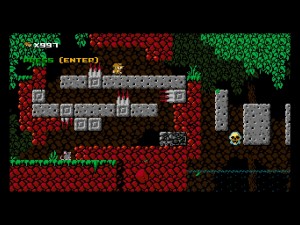 There's a difference between having those options either hidden or passively set, vs. flat out designing the levels around master-level skills. Nintendo's level design is quite brilliant in how getting through it is based on the player's skill.

You can have players of different skill play through a Mario level, and they'll each get to the goal a different way. No way was wrong, just as how there was no correct way either.

What makes speedrunning so engaging to watch is that we're seeing the games we've played at the master level; even beyond what Nintendo and other developers could have foreseen. There was no cheating or hacks, just absolute mastery.

Great video games should not be designed with perfection in mind, but have the groundwork there for players who want to go that way. As designers, you need to be careful about how you are setting up the rules and mechanics of your game. There's nothing more frustrating for balance when you discover that no matter how well you designed your game that everyone knows the perfect way to beat it. Once the perfect way is discovered, you can say goodbye to any continued replayability with your title.

With that said, you're never going to completely stop someone from mastering your game, as evident by the speedrunning community. Great game design is about presenting choices to the player, and the less rigid you make your game the better it will be in the long run.