The development of my interest in games and the industry
Alejandro Grossman
Blogger
December 09, 2014

Middle school was a challenging period in my development; all my friends began losing interest in video games and I was slowly becoming isolated. I began growing introverted and lonely because my interest was not waning, so single player games became much more appealing to me. Video games were of great importance to me and I was not planning on letting go of them any time soon. My hobby started to become very expensive as I had acquired skills through my extensive playing and could finish games rapidly. These same skills also provoked my hobby to begin to stagnate as well designed, challenging games were few and far between. My sentiments of isolation and introversion felt more impactful with every passing day; it felt as if I was stuck in an emotional descent and there was no way out. However, bleak as the situation appeared there was a silver lining, and it came in the mail.

One afternoon we went to my grandparents’ house for lunch and they handed my mom all the spam mail that she sends to their apartment. Lost between all that trash and advertising, was a brochure for a technology summer camp titled Cybercamps; my salvation. Simply reading the brochure gave me an adrenaline rush, I was ecstatic. Without hesitation I signed up and zealously anticipated my summer vacation.

Summer finally arrived and, for the duration of the camp, I felt like I belonged somewhere, the people I met there had the same interests as me, they wanted to play games with me, and were much better informed on the medium than I was. Through interacting with these new friends, I rapidly discovered the game that rid me of my gloomy sentiments, Warcraft III. I attempted playing Warcraft with them but, with how different this game was to everything I had played before, I got pummeled every single time.

Warcraft III is a game where the player selects a fantasy themed race and, through a combination of micro and macro management, develops an economy and an army to demolish the opponents’ base and claim the land as their own. It was a typical real-time strategy (RTS) game with a twist. What made Warcraft III so different from every other game of the genre was the hero mechanic. Every race had a selection of 3 heroes, and with each upgrade of the main building they were allowed to purchase one of them. The hero was a special unit that was immensely stronger than any other unit in the game, could be trained to be even stronger and, if it were to die, it could be revived at a price. For someone who is not fascinated with the RTS genre, this small addition was enough to enthrall them, as was the case with me. 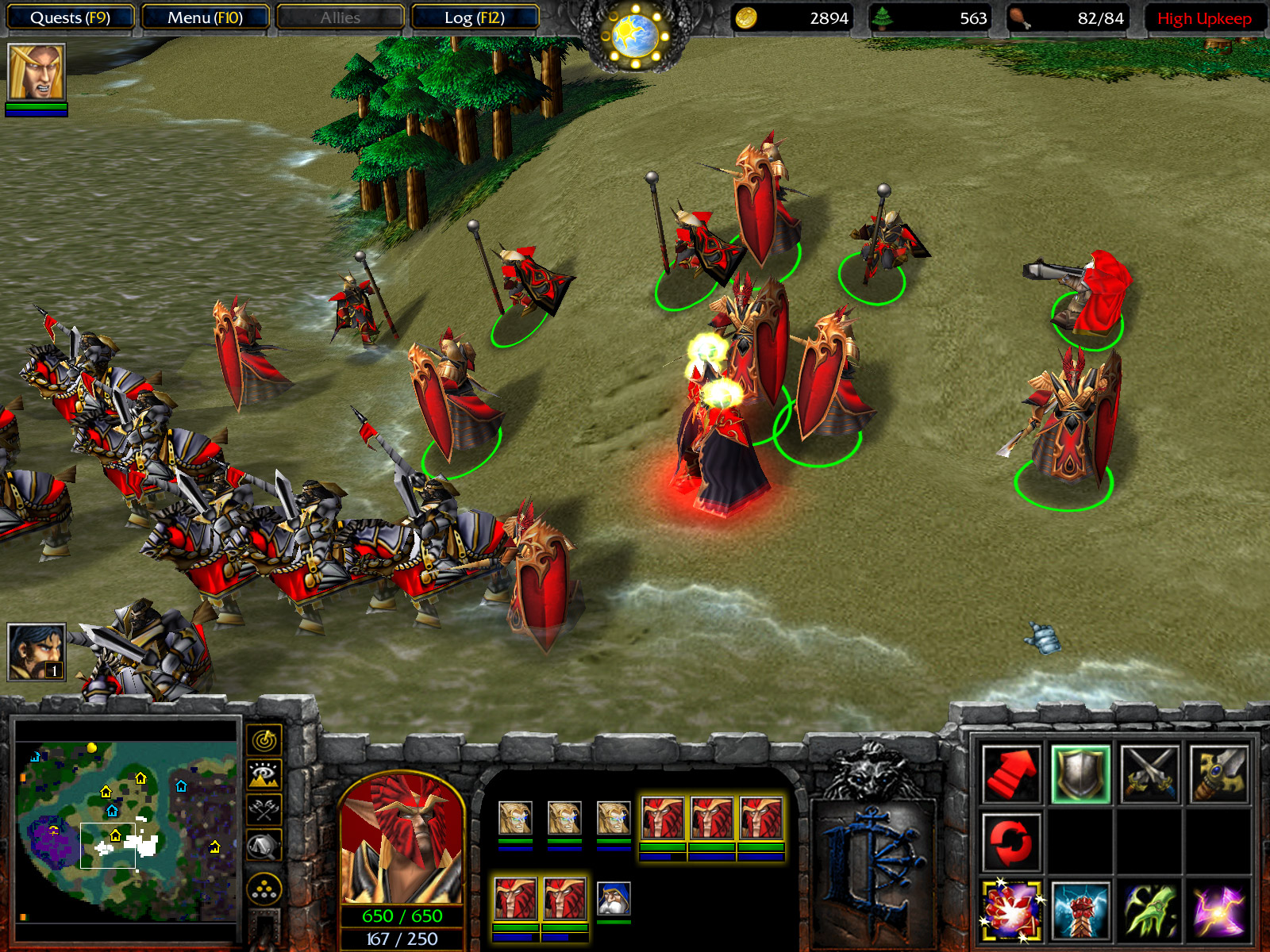 At camp I would treasure every moment that the counselors allowed us to play video games with each other. There was never any discussion to which game would be played, it was always Warcraft III and no one ever objected. I, being rather disinterested in the RTS genre, got tired of the gameplay rather swiftly. Not even the ingenious hero mechanic was able to keep me immersed in the experience. Even though it was multiplayer, it was looking like this was just another game I would play for a short period and then abandon, an opinion that changed spontaneously when a fellow camper opened my eyes to the wonders of user created content.

Aside from the community that arose through the professional competitive scene, Warcraft III had an enormous fan base fascinated not with the game, but with the map editor that came along with it. Using this editor, anyone with creative aspirations could forge new game modes for Warcraft that played nothing like the original game. These creations were called custom maps and they would later effectively exhaust my burning desire for interaction. 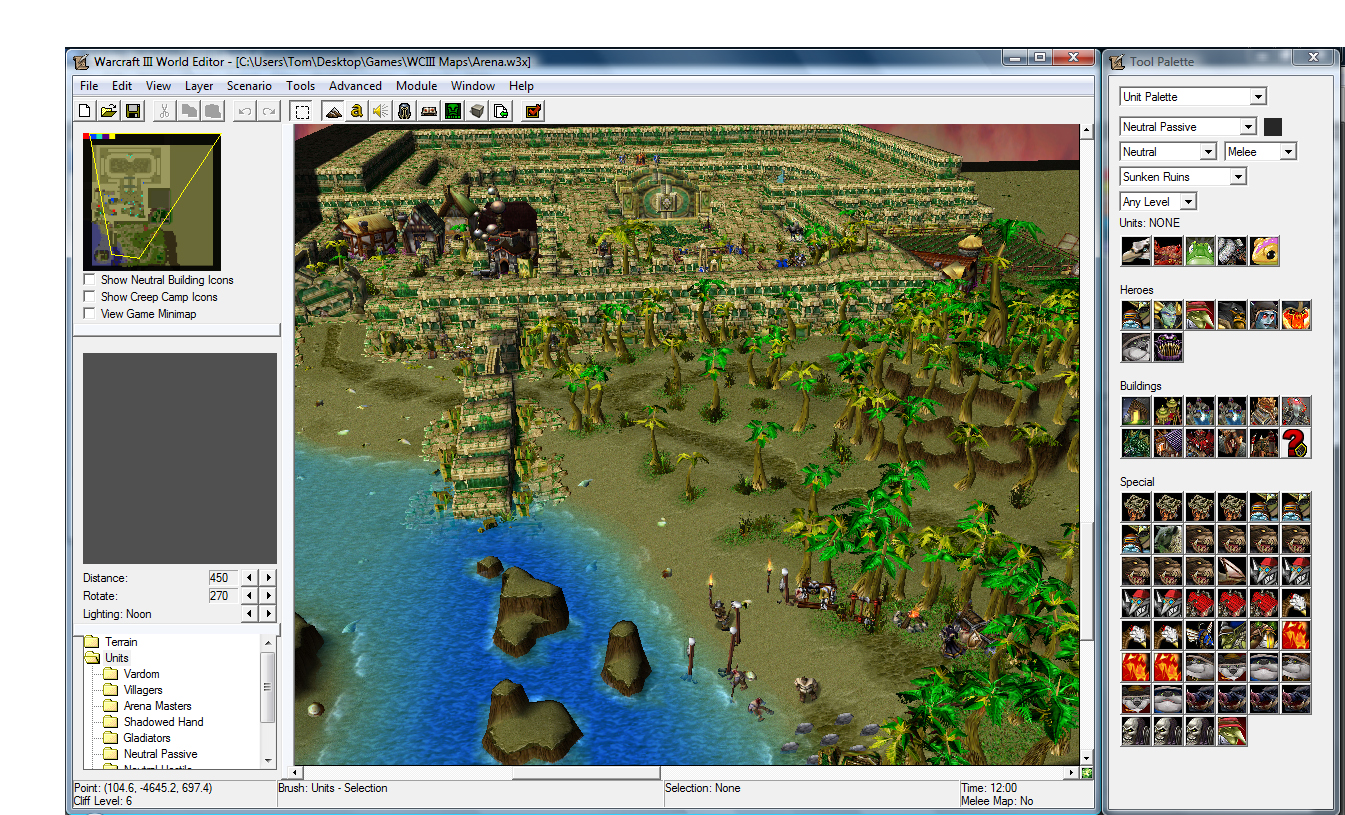 My introduction to custom maps was through watching my fellow camper play a map titled Hero Siege. In this map the player selects a hero that had its skills designed by the map creator and uses it to fight alongside other players to annihilate swarms of monsters attempting to shatter the team’s stronghold. In order to progress into the second phase of the game, players must work together to contain all the lanes from which monsters are spawning defending the stronghold until they gather enough strength to continue. If the players don’t gather enough strength, they will greatly suffer during the second phase, where players must face off against multiple menacing bosses.  Once all the bosses have been slain the team claims victory. What makes the second phase so difficult is that if any hero perishes, they are permanently eliminated; if the same were to occur during the first phase, they are respawned after a short delay. At Cybercamps we were never able to reach phase two, we would always lose to the hordes of monsters destroying our base, but it was still incredibly entertaining albeit challenging. 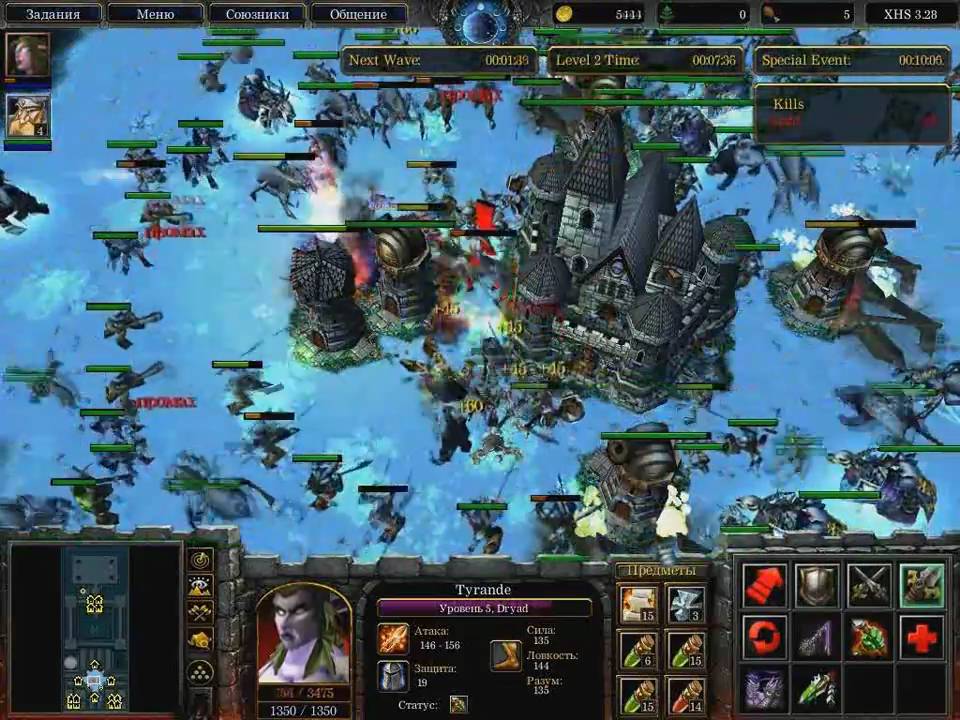 Sadly, summer does not last forever and I had to head back home for the upcoming school year, but I would not be alone anymore, I had found a game with an immense amount of variety and content. As soon as I got home I installed Warcraft III on my desktop, downloaded any map that intrigued me, and played it in single player. The honeymoon phase ended after a few weeks and the game started becoming bland, most maps were multiplayer but I had no one to play with aside from the integrated artificial intelligence; I wasn’t playing as the maps were supposed to be played. Slowly, I began feeling lonesome once more as I had no one to play with, and one day that I was especially bored I stumbled upon a button in the main menu that read Battle.net. Upon pressing it I was prompted for a username and password and, since I did not have an account, curiosity took hold and I went through the account creation process. A few minutes later Nightmeare, my gamertag, was born due to a typo that went unnoticed at the time. 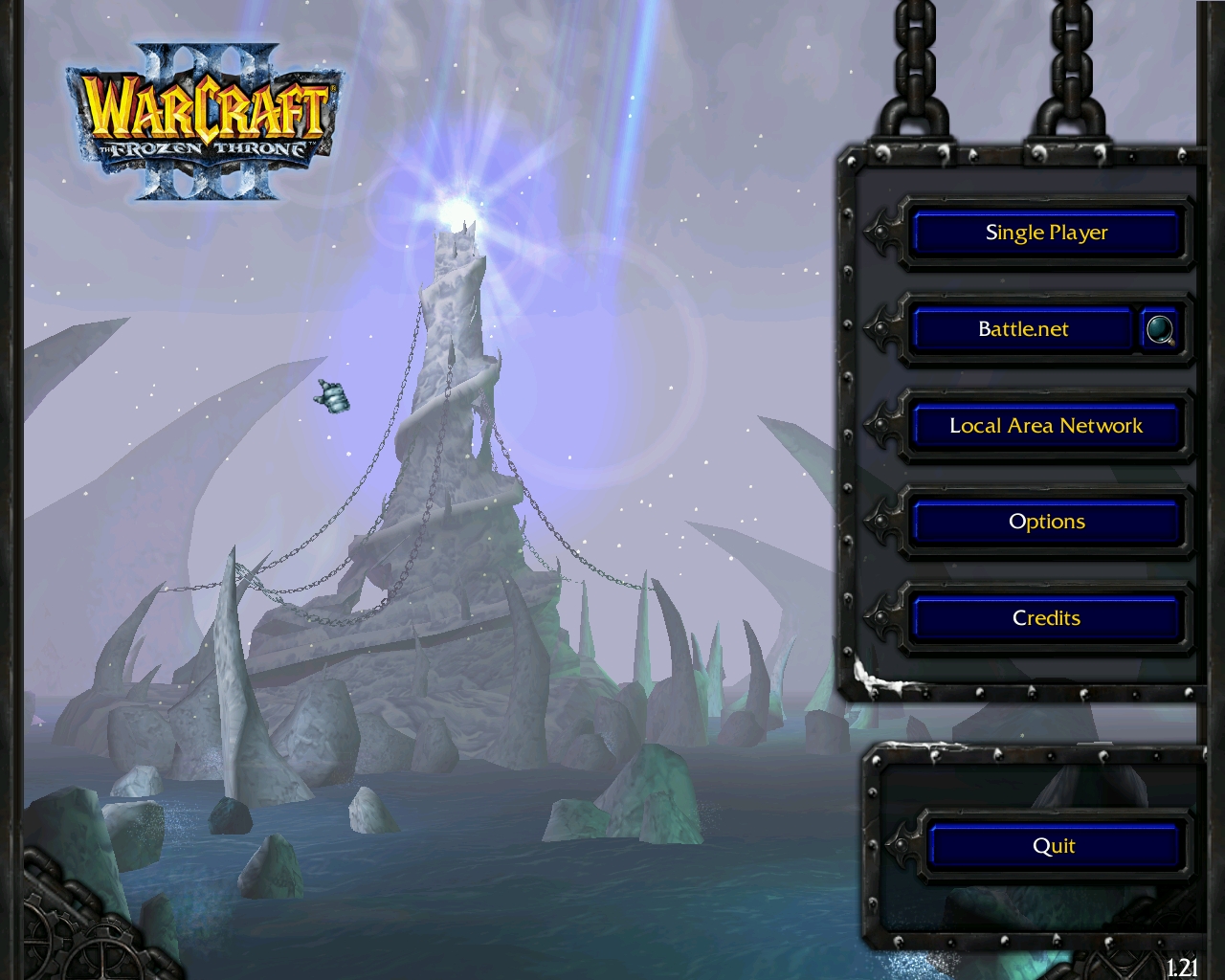 Once online I clicked around the interface in the hopes of finding someone to play the myriad of custom maps that I had accumulated for weeks. My search led me to join the default chat room where little to no conversation occurred and I rapidly grew discouraged once more. I found that I could play normal Warcraft III maps in 4v4 which was appealing to me since I was painfully terrible at the game. I played approximately ten games until I got bored and began idling in the online menus. After being idle countless hours I grew curious about what else I could do and found a smallish button that read Custom Games. Upon pressing the button a new menu popped up with a list of games hosted by other players. The games that were hosted could be anything, from normal Warcraft III maps to a user created movie through the map editor. 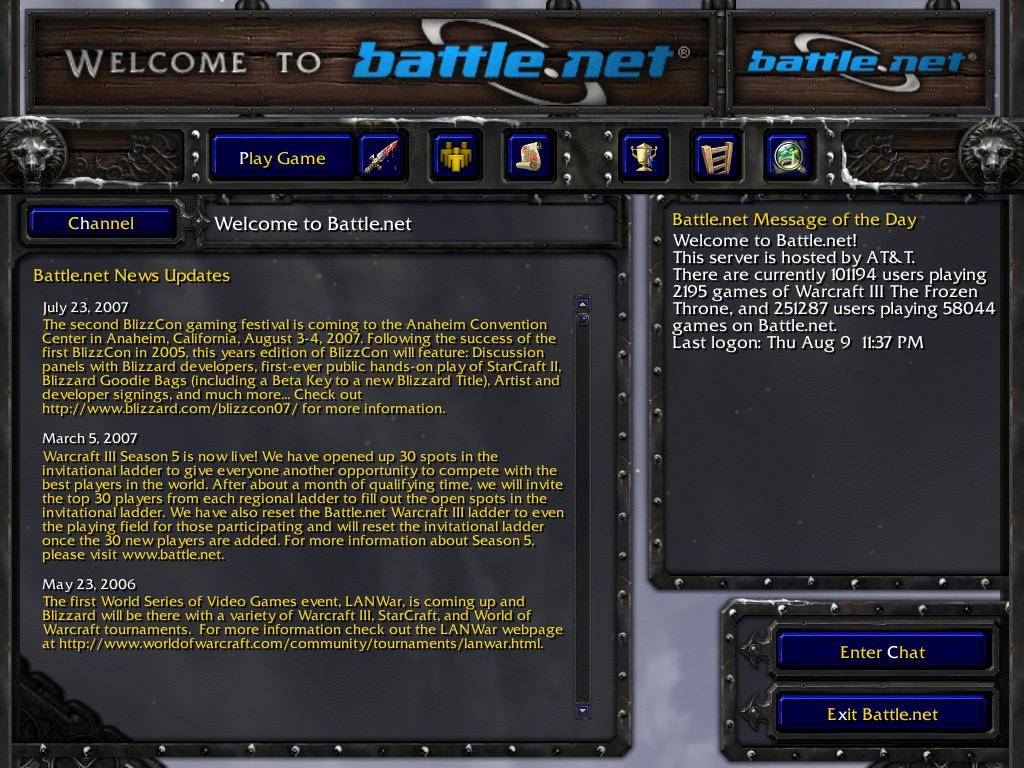 Through the selection of custom games available I began playing a larger variety of games. All of these new games I was playing were multiplayer and interacting with my fellow players was fulfilling my yearning for socialization. After playing countless maps I found my niche in mazes. In the Warcraft III custom game world, a maze was a map with narrow pathways and creatures that would either patrol or attack an area. To win, the player must use the hero to reach the end of the maze; this can prove rather challenging since the hero dies to walking off the path or any collision. What made these mazes fun cooperatively was that all players are revived when any one player reaches a checkpoint, so no one is eliminated permanently. 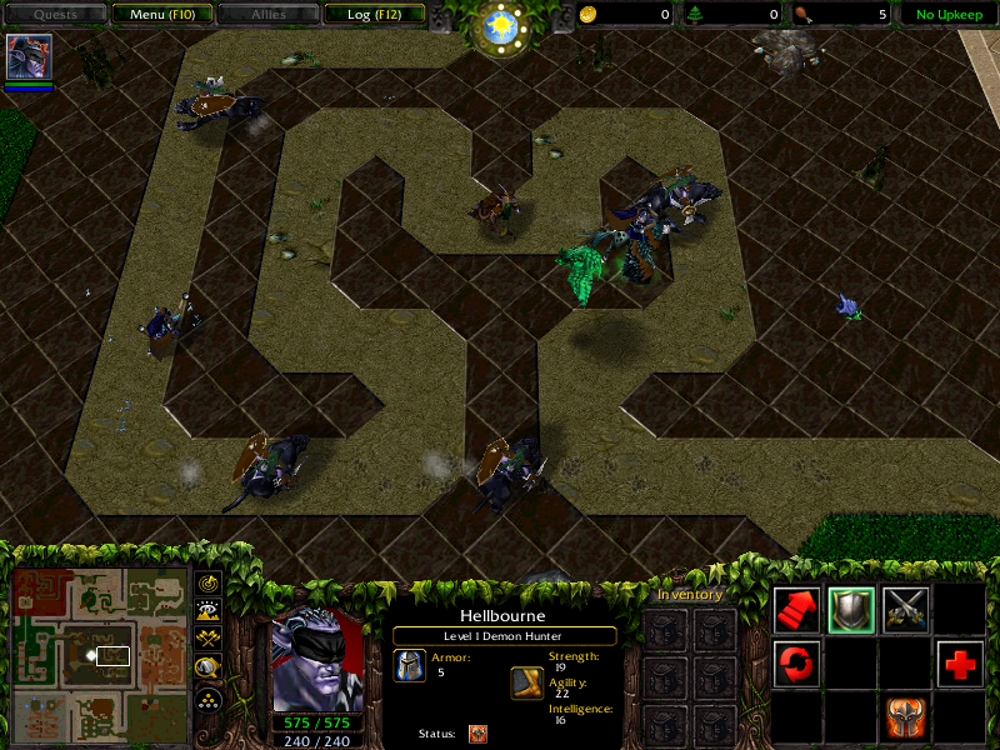 After playing a significant amount of mazes I began recognizing the names of other players, and they me. Acknowledging them allowed a mutually beneficial relationship to develop. The more users I became acquainted with, the more people I could play mazes with, and since they were experienced players we had greater odds to beat the maze.  As more and more users were added into this loosely formed web of mazers, it started becoming apparent that if it was to keep growing, it had to be formalized so a clan was formed. The purpose of the clan was to give players a list of users interested in mazing so they could play together.

When a clan is made in Warcraft, a chatroom is assigned to it, and with it new relationships were formed. Watching the people that I had encountered and helped unite communicate made me realize that we had formed something more than a clan, a community. What made this community so important to me was that it wasn’t just going to be a seasonal thing like Cybercamps, it was here to stay.