"With Erica, I wanted to use the familiar language of film to basically bring people in, to ease the phobia of games,” says Flavourworks' Jack Attridge in this design chat about his new FMV game Erica.
Kris Graft
Publisher
September 24, 2019

Jack Attridge just spent the last few years of his life making an FMV game, Erica, but he’d prefer if you didn’t point that out to him -- or at least, not in those exact words.

It’s not that he’s ashamed of his work; by all rights, he’s quite happy with it, and it released to mostly positive reviews earlier this month. It’s that he just doesn’t like that term that much, owing to its somewhat checkered past. Moreover, there’s a bigger problem at play here: he doesn’t even really like that style of game at all.

“I mean, there’s the fact that the genre descriptor is part of a bygone era, and no one knows what it even means anymore,” he says, laughing. “But, honestly, if you’re going to ask me to sit here and list some of my favorite FMV games, I’m not sure I can name a single one.”

To Attridge, that isn’t a problem. Touted as a generational leap for FMV games - or, as Attridge would put it, the interactive film genre - on the surface, nothing about Flavourworks’ Erica stands out as wildly inventive, save for its suggestion that you use a linked smartphone to play it rather than the traditional controller. But, as Attridge points out, that’s exactly the point.

“We wanted to make an interactive film, not because we were huge fans of old FMV games, but because we felt there was a big opportunity there," he explains. "No one was making the sorts of decisions I wanted to see, so I just said, well, we can do it ourselves...A lot of them are very subtle in nature. I doubt most people who play Erica will notice them, at least directly, but I think they’ll feel the difference.”

Early on in development, Attridge sat down with his team and set some ground rules for the project that radically increased the amount of time and exertion applied before they could arrive at the finished product. Many of these decisions stemmed from his own idiosyncratic frustrations with what he views as the limitations of not only FMV games, but narrative games as a whole. While they vary in complexity, according to Attridge, they all point to a singular axiom: that story games focus too heavily on existing video game players as their core audience, when they represent a tremendous opportunity to bring new players into the fold. 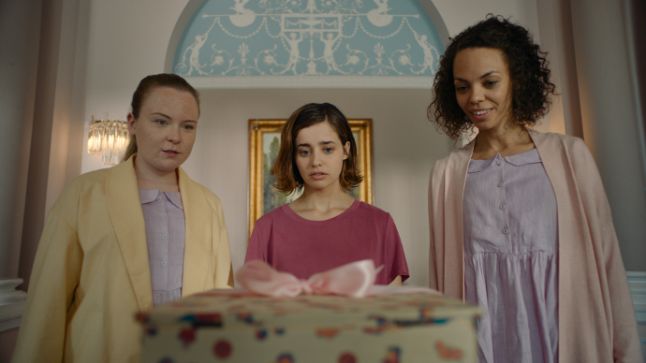 “My main goal was to make a game that my mom or my dad would play without looking to me for advice, or stopping to check their phone,” he says. “I’ve shown members of my family games that I’ve worked on before, and it just never worked. With Erica, I wanted to use the familiar language of film to basically bring people in, to ease the phobia of games.”

The rule that the team struggled to implement the most was also the one that Attridge felt the strongest about. As he puts it, in most narrative games, the protagonist will prattle on about a lot of topics that the player often doesn’t even care about, and then the game will give you the opportunity to weigh in with the choice of a single line, which he believes is an insufficient model for player interaction.

To solve this, the team decided that the player character Erica would never speak throughout the game unless the player actively made the choice to raise her voice. While it might sound like a relatively minor stance, it rippled out into all aspects of the game’s production, especially its dialogue. 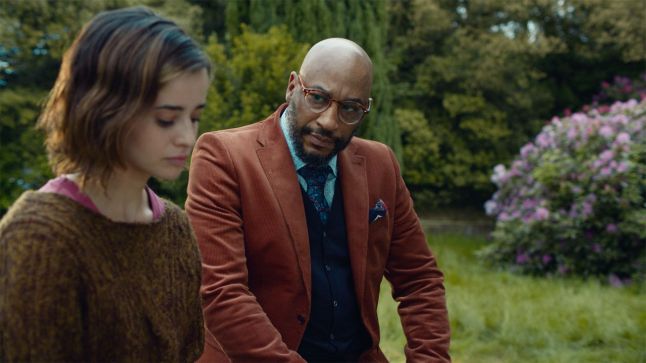 “We’re basically asking a screenwriter to write in an entirely new medium of an interactive film, and then we’re taking away one of their key tools, which is the protagonist delivering exposition,” Attridge says. “We had to structure the entire story so that it worked without Erica even saying a word. All for a thing that a lot of people probably didn’t even notice in the final game. But I think it was worth it.”

Rethinking player interaction through the lens of interactive theater

From Attridge’s view, narrative games need to fundamentally rethink player interaction, even on the level of their basic interface. In most FMV games, you make decisions by pressing on-screen buttons, or bringing up a map and picking where to go, which Attridge describes as immersion-breaking. (“You’re interfacing with an interface,” he says. “It breaks the language of cinema.”)

In the early stages of making Erica, when Flavourworks implemented the touchscreen controls, Attridge found the one-to-one gestures of opening an envelope or dusting off a book to be quite compelling, even intimate, compared to pressing a generic “use” button. But when it came to more abstract concepts, such as representing Erica’s thought process, the team endeavored to depict it in a more compelling manner than a winding internal monologue.

While they eventually arrived at a Heavy Rain-style spatial configuration that displayed Erica’s thoughts spread before her like a constellation, Attridge instructed the team to keep the amount of expository text to a minimum. Instead, they tried to represent decisions through actions, rather than a list of commands.

“There’s one part of the game where a detective asks you for your diary, and you can choose to give him your diary, or just tear out the page he wants,” Attridge says. “That’s supposed to represent your level of trust in that character. The same logic applies when you choose to open a door for someone, or lock the latch. Those actions speak more for the player than a traditional dialogue tree, we feel.”

Throughout the project, Attridge spent many hours debating the nature of branching choices in story-based games, and what function they should serve. He describes seeing a theater production of Punchdrunk’s Sleep No More - an interactive display where patrons wander around a large space while the actual play happens in multiple rooms at the same time - as the impetus for him quitting his job to make his own studio. To capture that feeling, Erica echoes Punchdrunk’s radical emphasis on the nature of context. While some of your choices do alter the particulars of the story, most of them determine where you are when key events in the story occur, which can totally alter your perspective on the situation.

To keep things consistent, the team decided to set Erica’s script to a persistent clock, which means that an event will always happen X number of seconds into the game, and Erica’s location depends on your choices.

“Context is everything,” Attridge says. “That’s really my philosophy of it, it can make anyone look like a hero or a villain. By showing the story through different lenses, we tried to make it more than a choose-your-own-adventure book. And I think for the most part, we succeeded.”

The sum of these decisions all go back to Attridge’s philosophy of the marriage of film and games, which he describes as not a marriage at all. To him, watching film is a “lean-back” experience, but playing a game is a “lean-forward” experience, and he wanted to make sure that players who were new to games (like his mother) were forced to engage with the game, such that they would resist the urge to turn the game off and go back to watching Netflix. While he thinks the team mostly succeeded at that task, he also feels that approach limited the game’s appeal with more seasoned players, especially those who expect a more ludic approach to the story design - and perhaps bear a small amount of skepticism towards the use of film in games.

“I think if our game was a traditional 3D narrative game, it would probably get a lot more attention from existing gamers,” he says. “The actual level of fidelity and depth of interaction is very high. But if you can’t get away from the preconception that it’s video, so there aren’t emergent possibilities here, there’s not much you can do about that. There’s a radio with 17 different stations. There’s a bit where you ring the bell at reception, and if you keep ringing it, the other character will stop you. But if you only ring it once, then the other character will start ringing it instead.

"I do think it all goes back to the gamers wanting it to feel like a game," he adds. "They want to see all the decision points, they want to know what endings they’ve gotten.  I don’t want to see the structure of something that’s supposed to be real and human. That’s why we hide the programming of games. They love that affirmative feedback, but I don’t. And I think that’s part of why Erica stands out.”