To Play Or Not To Play?

Developers, including id's John Carmack, Media Molecule's Kareem Ettouney, and Frontier Developments' David Braben debate on whether developers should be obsessive gamers -- or remain outside of the influence of other titles.
Tristan Donovan
Blogger
September 27, 2011

[Developers, including id's John Carmack, Media Molecule's Kareem Ettouney, and Frontier Developments' David Braben debate on whether developers should be obsessive gamers -- or remain outside of the influence of other titles.]

"A strong interest in computer or video games", "a passion for playing games from multiple genres and over many years", "be part of a culture dedicated to gaming".

These are just a selection of the qualities sought from applicants to recent game development job adverts on Gamasutra. These aren't desirables, but must-have requirements.

Anyone without these qualities need not apply. It seems that it is not enough to be a great artist, a master programmer, a first-rate manager, or an audio wizard; you need to have the very word gamer etched through you like a living stick of rock.

But is it really necessary for everyone on a development team to eat, sleep, dream, and breathe games as well as devote their working life to them? Certainly there's a romantic idea of the game developer who devotes their life to gaming.

Living in crunch mode, working in a darkened room, and using their lunch breaks to get another fix of gaming. Stereotype that may be, but many in the game industry do hold the view that to be a game maker you must also be an insatiable gamer.

"Developers should play games," says David Braben, founder of Frontier Developments (Kinectimals) and an avid player outside of work. "The reason they become developers should be because they are gamers. Would you expect someone making films to not have any love or appreciation of films? It would be barmy." 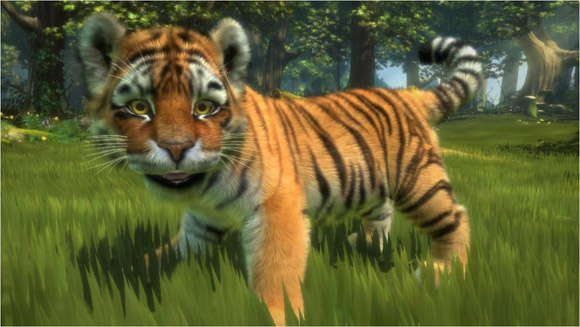 Neil Barnden, co-founder of Stainless Games (Magic: The Gathering - Duels of the Planeswalkers 2012), echoes the sentiment: "It is my main pastime outside of work. If I'm not walking the dog or taking photographs, I'm probably back in front of my screen playing something, and I'd say that for the majority of people here it would be the same."

Both Braben and Barnden see that kind of dedication to gaming among developers as having clear benefits for the quality of the work a team produces.

"I've always found the most useful people I have worked with have been the ones who are just fanatical gamers, who play all sorts of stuff, and can instantly look at a game, and say, 'You need to look at so-and-so'," says Barnden. "They may be talking about a game that was made five to 10 years ago, but it did something particularly well -- and thanks to YouTube, you don't even have to play it. You can just go and find various clips that show what they were talking about."

Braben sees having staff with an encyclopedic knowledge of games as a powerful defense against me-too development. "It is vital for developers to have a thorough familiarity with games and to have a love for games; otherwise they will produce games by numbers, and I think there is some of that around," he says.

One studio that couldn't be accused of lacking in originality is Media Molecule, the Sony-owned studio behind the LittleBigPlanet games. But it turns out that two of its founders -- creative director Mark Healey and art director Kareem Ettouney -- are anything but obsessive gamers.

"I think I'm a bit ignorant to be honest," admits Healey. "I get to see the highlights, the things that are quite well known, but there's a bunch of stuff out there I don't have a clue about, to be honest. It's mainly about time with me, especially now I have a little boy. There's also the fact that you're sitting at a desk all day looking at a screen and you don't really want to look at a screen for all of your life. It is good to get a bit of balance in there."

In fact, playing games has never been a motivation. "Even before I had a computer, I was more interested in the idea of making things with it than consuming things on it," he says.

Ettouney describes his playing as being mainly in the name of research, and prefers to spend his free time painting or playing music.

"Artistically, I like to look at everything and to go to the source. You get games, for example, that have a very strong Art Deco feel, but instead of being inspired by that game I like to look at Art Deco itself. There is so much wealth of imagery and culture out there that it is nice to connect with it directly," he says.

"There are people who are great musicians and great writers and great storytellers who don't necessarily play much. I think that things that feed into development do not have to be direct. You don't have to make games and then play games -- you can make games and do kung fu and that will help your animation, or if you're a dancer, you understand elegance. It doesn't have to be literal." 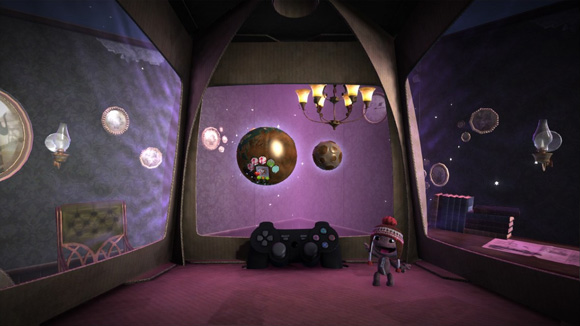 What's important is that others on the team do have that in-depth knowledge of gaming, Ettouney says. "We need those people. We've got people in the team who are fluent in all the on-going stuff and they show us as well." Healey agrees: "There are people within Media Molecule who cover that range, so it's fine -- we're not completely in a bubble, but it's nice to have people who aren't completely immersed in that world."

That Media Molecule is a studio with a heavy focus on experimentation also helps. "All of us at Media Molecule are united by originality," says Ettouney. "Sony's philosophy is to publish games that are either the first or the best of their kind. The best mentality definitely requires that in-depth knowledge, if you're going to do another Killzone for example. But because we are very interested in the original, experimental side, that knowledge is not quite as important."

Balance within the team is also important for John Carmack of id Software. "Now I've got a six-year-old son, all the video games that I actually play tend to be Wii and DS games with my son," he says. "I play a bit of Call of Duty, but I didn't play it all the way through."

These days Carmack focuses on developing the technology behind id's games rather than getting involved in design decisions. "It would be bad for me to go in and be making design decisions by fiat, as I don't feel I'm the strongest," he says. "I have some ability at design on simple games. The low-level elements of design such as the user interaction, I still think I've got a pretty good handle on all of that.

"But the larger production of crafting the user experience through the entire title and what people expect from different things? I'm not the best person to do that. I'm fully engaged with my programming tasks. That's why games aren't done by three people anymore -- you need more people than that."

He's also not the only employee at id that doesn't fit the gamer-developer stereotype. "There are a few people on the programming side that are more engineer than gamer, but there's still this pride in product at the end," says Carmack.

"I know some programmers that like working on abstract problems and, in general, those aren't the people I want to hire. I want to hire the people that really want to make a product, and want to produce something of value.

"It's not just you're here doing your job, punching a clock. You're part of the creed, part of the process and you're building something that is hopefully going to have millions of hours of game play across the world," he says.

And game developers who are driven primarily by the act of creation rather than a love of playing games is something that may become more common, according to Frédérick Brassard, president of the Canada-based game industry recruitment agency 3pod.

The reason? Skills shortages. "Right now in the industry, we have major needs and major emergencies concerning some positions," he explains. "The consequence of this is that sometimes games companies are more open than before to allowing non-gamers into the company. The skills gap is in almost every area right now: design, programming, and art."

But even if skills shortages force game companies to become less fussy about the gaming habits of their recruits and those less interested in playing games are counterbalanced by other team members, are there any advantages to having staff who don't count playing games as a hobby?

Healey is convinced there are: "There's a positive side to it, in that you are not too influenced. You have a naivety, a childish naivety that can let you do something really exciting. Think back to when computer games were new. The people making those games had no games to look to, and so there was a lot of innovation happening then."

Braben remains skeptical that such naivety is useful: "Are there advantages to not being a regular player of games? I would say among designers, probably not. It may be that they come at it fresh and not be influenced by the way people have done things, which actually is a fair point. But the problem is you will end up more likely than not just doing something in a game that was done umpteen years ago."

He points to the way that there now exists a consensus on how the controls of a first-person shooter operate. It is, he says, a good example of why developers, and designers especially, must know their games. "If someone comes along and messes with them just for messing with them's sake, players would be quite annoyed," he says. "You do need to know where the players are coming from."

But even when developers are dedicated players, there's a balance to be struck, says Satoshi Ito, producer of Sega's Rise of Nightmares. "It is very important for developers to play games, but they shouldn't be playing too much, and it also depends on their approach when they play," he says.

"If you play too much, or if you play passively, you become just another customer -- just a player. You have to be always thinking critically when you are playing games. You should be thinking about what are the special things that have been done to make this game interesting, what are the designs and concepts behind it, and what are the things they are trying to achieve? These are some of things you should bear in mind when playing games as a developer."