To Break or Not to Break?

Game mastery in complex titles can lead to the player figuring out the absolute best way to play and in response: break the game. Today's post examines how this can be both good and bad for game design.
Josh Bycer
Blogger
March 01, 2013

Game mastery in complex titles can lead to the player figuring out the absolute best way to play and in response: break the game. Today's post examines how this can be both good and bad for game design.

When it comes to the strategy genre - specifically turned based and squad based, these titles feature game design that is built as a collection of systems. The pull isn't normally about following a story line or getting to the next cut-scene, but figuring out and manipulating the systems to your advantage.

But, no system is perfect and as the player figures out the best ways to play, they can reach the point of "breaking the game": Where an optimal tactic effectively renders the challenge and difficulty of the game moot. Some games fall apart when the player reaches that point, while others welcome it, which leads me to ask: Is game-breaking a good thing?

FTL, released last year was a great take on the rogue-like genre: Allowing players to explore a randomized galaxy while having interesting ship battles.

Part of what made FTL so difficult was the final boss fight which was a battle with a very powerful ship. The boss fight is considered the weakest part of FTL due to how it was a set fight. As a set battle, it required specific tactics and equipment to survive. Unlike the rest of the game that there is a lot of leeway in how the player can get through up until the final boss.

While this does make FTL difficult, it also meant that once you figured out the tactics that worked for the final boss, they will work every time and limit your choices in response. After I struggled to beat the game, once I figured out how the final boss worked I was able to beat it the next three times in a row. Due to that I knew what equipment to look for and where to focus, making the fight very easy.

After that point I stopped playing FTL as I didn't see the point anymore as the challenge was gone. I knew what items would always work and if I didn't get them, the run was considered a wash. FTL is a clear example of the risk of having set systems: the more linear the game is, the easier it is to break.

If your game is too linear, or have certain strategies excel, you may force the player to choose between breaking and not breaking the game.

The Kings Bounty strategy RPG series on the PC is about combining RPG character building and exploration, with managing turned based battles. The player recruits their army from a variety of creatures that makes up their forces for when it is time to battle.

With the latest game: Warriors of the North, this is technically the third game (with CrossWorlds as a mini expansion) using the same game engine and systems. However, with the same systems in place, it makes it very easy for expert players to figure out the best tactics.

The problem with the Kings Bounty series (that I talked more about in my analysis of Warriors), is that the game tried to be both non-linear and linear at the same time. Each time you play: the world, enemy encounters and quests are set. While the shops that determine what items you can buy and units you can recruit are randomized. 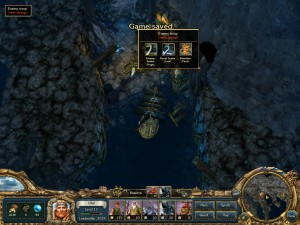 The right combination of spells and units can make even fights that you aren't supposed to win, easy.

This in turn made the difficulty of the game uneven, as certain troops and spells can make the game very easy.

I found a particularly awesome combo as a mage involving summoning creatures that renders the game very easy.

For instance, in Armored Princess (the second game), I fought an enemy army that was rated "invincible" compared to my army and came out on top.

After figuring out how well that worked, it was very hard to not use a tactic that was superior in most of the encounters of the game. This is where as a designer you have to be careful with how much freedom you give to the player. It's poor design to ask the player to handicap themselves in order to make your game interesting.

This is why if you're going to give the player freedom in how to play, it's also important to give them freedom in how they are challenged. As the more unpredictable the game is, the more challenging and gratifying the gameplay becomes. We see this in games like Shogun 2: Total War and Crusader Kings 2 - which the game keeps the player on their toes and preventing one strategy from always coming out on top.

While our last two examples were game breaking at the cost of gameplay, the next example is a case where not only were the designers aware of it, but welcomed the player with open arms.

The Disgaea series is a Strategy RPG where players command and build up a variety of units to do battle. This was also the series that put the game developer Nippon Ichi on the map for US audiences.

What makes the Disgaea series so interesting is that they feature numerous systems designed to break the main game. From randomized dungeons, leveling up equipment, attaching modifiers to weapons and much more.

Once you start going into these systems, the challenge of the main game is utterly broken and you can effectively brute force your way through it. But where the design of Disgaea differs from other games, is that the developers expect you to do this.

After you beat the main game, you'll unlock extra hard challenges that are beyond the scope of the regular campaign. And at that point, those optional systems that broke the main game are now required to proceed. While the main game may have the strongest enemy at level 100, post game challenges usually have enemies in the thousands.

Personally I think that this is the best way of making everyone happy. Someone who doesn't want to get into the complicated systems can still play through the regular game, but the option is there for people who really want to master the game to get into it. This also allows the player to define how much they want to play the game before it is "complete" for them.

Someone may only play the game for around twenty hours until the main campaign is done. While someone else may play for a 100 + hours to max out their entire army and see everything. Regardless of your preference, the game is as deep as you want it to be.

The Wrong Type of Breaking:

The final point for this post is a brief look at what happens when game-breaking goes wrong. Giving the player freedom in character and skill progression in a linear game sounds good at first. But if you're not careful, you could put the player into a position where their choices make the game unplayable.

In the game Vampire the Masquerade: Blood Lines, the player is given freedom in defining their character: allowing them to specialize in combat, stealth and peaceful negotiations. If the player decides to focus on avoiding combat, they will be in for a rude awakening in the final half of the game. Where it becomes combat focused with boss fights and situations that you can't escape from. 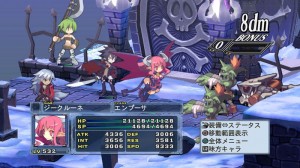 The Disgaea series' use of multiple game systems allows the player to strengthen their units to the point that the regular campaign becomes a breeze.

Some of the most complex games developed belong to the strategy genre. As the designer is not creating a world or a story, but multiple interconnected systems designed for engaging repeat play.

Game-breaking can be seen as a double edged sword.On one hand it's a reward for expert players who figured out the game, but on the other hand it's a sign that the player has reached the limit of the game.

In my opinion, game-breaking mechanics should be kept as hidden as possible from the players. As once it's been discovered, the thrill of playing the game is lost.

With X-Com Enemy Unknown, I was all excited to have a new strategy game that I could play for months on end. But unfortunately, the linear campaign and basic strategy made finding game-breaking tactics easy, to the point that after beating the game once, I lost all desire to play the game again.

But with a game like Disgaea, the act of game-breaking was built into the design and challenge of the game, which is a far better option. However, designing your game in such a manner also has limitations. The reason is that you're not creating a true replay-able strategy game, but a game that does have an end. The big question is: At what point does the player stop playing?

Creating system based design is one of the hardest elements of game design and as we talked about, can go in any number of directions based on how much control you give the player. Sometimes it's good to rein the player in to keep the gameplay engaging, while other times you want to give them complete freedom.

It's important that once you've decided on how the game will play out, to keep going in that direction. Linear elements in a non linear design or vice versa tend to run into design conflicts and are just another facet for a designer to balance.