The World of Lennus II: An Improvement over Paladin's Quest?

Taking a look at the world of Lennus II, the sequel to Paladin's Quest for the SNES.
Zack Wood
Blogger
July 24, 2013

(This is a re-post from my blog at gamemakeworld.wordpress.com.)

In this post I’ll look at Lennus II, the sequel to Paladin’s Quest (which I wrote about in an earlier post here). Lennus II goes for the same worldview- the haunting decay of a never-before-seen alien world- and shares the same basic system, so I’ll focus on how changes to Lennus II help or hinder that worldview.

Lennus II was developed by Copya System and published by Asmik in 1996 in Japan. It was never released abroad, but fans have created an unofficial English translation patch.

Side note: I played Lennus II while studying Japanese in college (in fact it was the reason I decided to take Japanese). I didn’t understand most of what was going on until near the end; for awhile it was all I could do to figure out how to advance the plot. So I can’t comment much on text in the game, unfortunately. I’ll have to replay it sometime!

RULES & GOALS
The magic system and mercenary system are much more versatile this time around, increasing engagement with the game world.

In Paladin’s Quest, the power of characters’ elemental spirits (which translate to magic power) went up each time they used a spell. In Lennus II, however, defeating enemies of each elemental type increases the power of that element’s spirit and spells, regardless of whether they cast any magic. The mercenary Bo uses fire spells, for example, so defeating a lot of fire-type enemies while he is in the party improves his “fire spirit” and thus the power of his magic.

This frees the player from feeling pressured to constantly cast magic and lets them use whatever strategy they like in battle. Additionally, the type of enemies found in each area gains special importance as you may be keen on trying to find enemies of a certain element to boost a particular character’s spells. This helps draw the player into the gameworld by heightening the drama and importance of each dungeon.

The mercenary equipment system also sees a major improvement- rather than being permanent, characters’ equipment can be removed and changed freely. Though you encounter new mercenaries who are superior stat-wise, earlier ones remain playable and effective thanks to this change. The character Bo mentioned above had inferior stats but was still powerful late in my game because his fire spirit was leveled up and he could equip the latest armor and weapons.

This allows players to continue using their favorite characters, rewarding belief and investment in the gameworld rather than punishing it by forcing player to replace old characters as they become outdated.

GRAPHICS
Many people commended Lennus II for its graphics, supposedly a major improvement over Paladin’s Quest. This may be due to the colors’ being toned down from bright pastels to more neutral and grayish tones. Also, character sprites, buildings, and backgrounds are larger and more detailed.

Take a look at these towns that appear in both games: 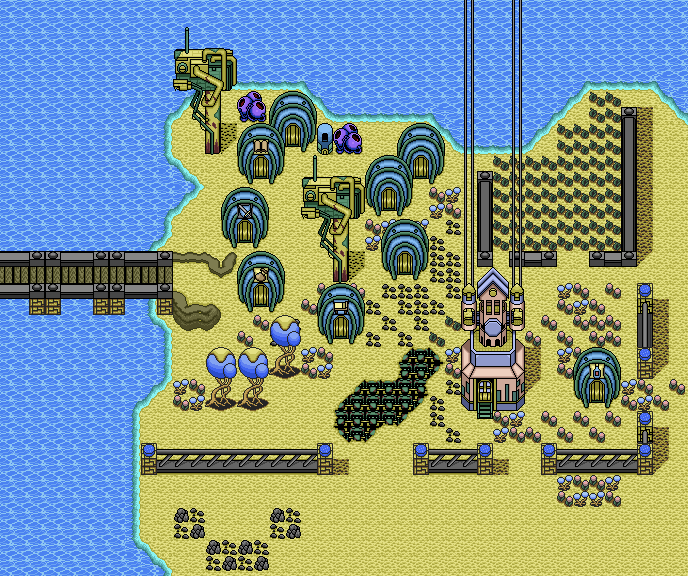 Fig. 1 Ratsurk in Paladin’s Quest, with all its contrast and color

Fig. 2 The faded and detailed version of Ratsurk in Lennus II 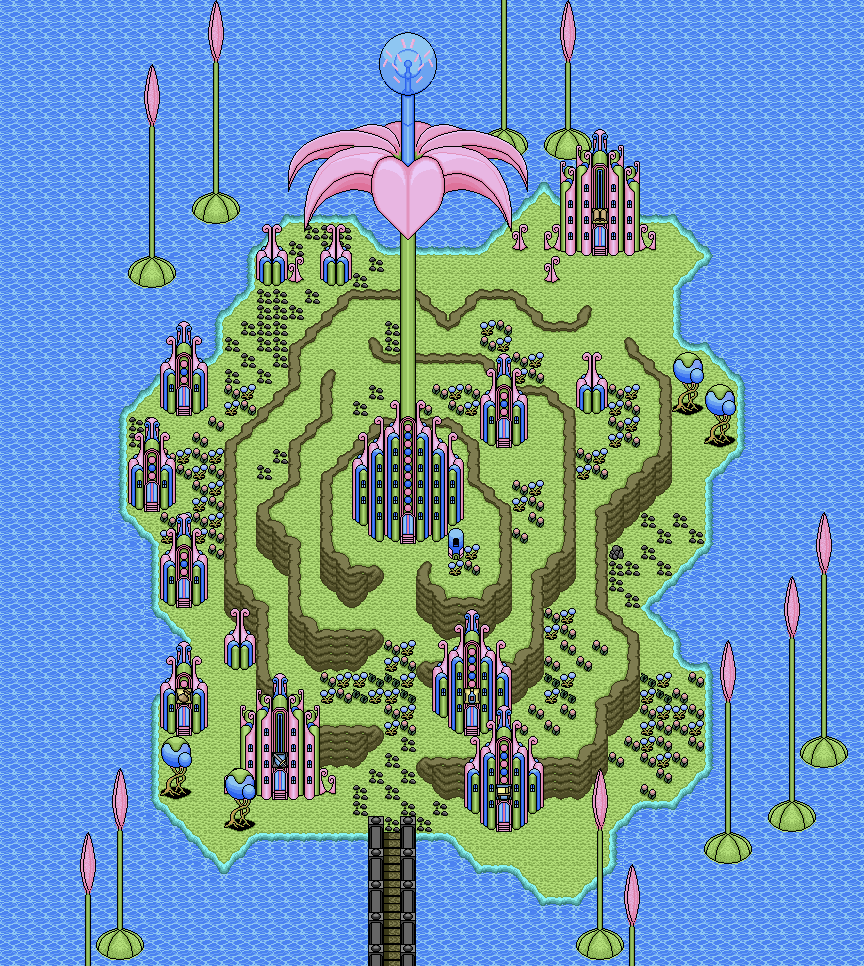 Fig. 4 Lennus II’s Jurayn looks like it had the life sucked out of it.

Furthermore, rather than giving the player a broad view of each town with small, blocky characters, Lennus II uses a “zoomed in” view where the player can only see the two or three buildings around their characters, but all in much in greater detail.

The detail allows the game to show off some new and interesting designs, such as the “monster mouth” houses in Resolute:

Just like its predecessor, the game offers much that is novel and new, taking the player to multiple alien worlds beyond just the titular “Lennus.” The towns themselves are massive, with an incredible number of different areas, buildings, NPCs and side-quests.

Battle graphics and menus are essentially the same, but Lennus II adds one new element- for a moment before battle, your characters are seen from the back, clustered together in a group and rendered in great detail.

With such a large cast of potentially recruitable mercenaries, this helps bring characters to life and make their inclusion in the party feel more meaningful. Since characters are not visible during battle itself, this pre-battle scene helps to build excitement and storysense.

TEXT
As in Paladin’s Quest, characters can attack with each body part in battle (head, foot, etc.), but this time the attack power of each body part is displayed in the menu. It’s no longer a complete mystery how much damage a pair of boots will do, for example, although certain items still have special qualities or magical effects, such as high heels which ignore enemy defense.

Oddly, the English patch mistranslates these stats as “body defense” and “leg defense, whereas in Japanese they are “body attack” and “leg attack.” In any case, this creates a better balance between experimentation and keeping the player informed.

Fig. 7 Clay’s Leg Attack (mistranslated as Defense) is not too shabby

As mentioned before, I can’t comment much on names or dialogue, but I can definitely say that the story takes “the sad destruction of an alien new world” to a new level beyond its predecessor.

SPOILERS
You end up destroying the entire first world you visit and killing almost everyone there. The plot from there on is much grander than Paladin’s Quest, involving the unification and destruction of various planets.
END OF SPOILERS

CONTROLS
Little variation from the first, besides that menus have been made less cumbersome and easier to navigate.

SOUND
The music has undergone major stylistic changes. Whereas in Paladin’s Quest it was dramatic and ominous, the background music in Lennus II is very much “background music”- toned down and airy. Rather than haunting, it is comparatively adventurous and upbeat, more like what you would hear in a standard SNES RPG. There are also some unique songs for various bosses, which add personality and excitement to their battles.

WHAT COULD BE BETTER
The “zoomed-in view,” though providing more detail of characters and buildings, makes it harder to appreciate the overall design and layout of towns since only the characters’ immediate surroundings are visible.

This also makes it difficult to navigate the already massive towns. When it came to actually needing to know where things are and travel quickly, the size became unwieldy and I longed for the manageable size of Paladin’s Quest’s towns, both visually and in terms of navigation. As is often the case in RPGs, more expansive and complex towns are not necessarily better.

What’s more, some sprites in the game, though larger and more detailed, are no more clear or easy to understand. In the first game, a lack of clarity could be attributed to the pixel count, and the graphics’ simplicity inspired the player to “fill in the gaps” with their imagination. Lennus II adds size and details, but in some cases the intricate lines and shading simply come off as confusing instead of adding to the game’s atmosphere and world.

Fig. 8 The details of the pink plants/structures add little clarity

Though it may be a matter of personal preference, I found that the subdued color schemes and reduced contrast made the locales of Lennus II a little less striking and memorable than its predecessor.

Also, over the course of the story, Lennus II goes beyond Paladin’s Quest to introduce the player to multiple new worlds, but it begins to run into problems similar to those of games like Final Fantasy X. The locations are varied and different, but there are so many that they start to feel unrelated and lose their power.

This is exacerbated by the inclusion of many elements that feel thematically out of place. For example, one side quest involves finding the instruments for an orchestra whose members wear modern day suits and play flutes, horns, etc. This would be unimaginable in the consistently alien world of Paladin’s Quest, and in its sequel things like this make it feel more like a random hodge-podge and less like a unified world.

The haunting music of the first contributed so much to the feel of its world, and I can’t help but feel that something is lost in the second game’s music, though there are certainly some memorable tunes, some of which were also covered by the Tokyo Philharmonic Orchestra.

SUMMARY
Goals & Rules: Improvements to the mercenary equipment and spirit (magic) system make it easier to engage with the world and its characters.

Graphics: The world of Lennus is as imaginative as ever, but the “zoomed-in” view and subdued colors make some areas harder to appreciate and navigate.

Text: The story takes “sad destruction of an alien world” to a whole new level.

Sound: The score, though well-done, sounds more like traditional RPG music, losing some of the moody, haunting atmosphere of the first.

Lennus is an imaginative RPG that improves in many ways on its predecessor, but in the end lacks the contrast, consistency, and charm that helped create such an incredible world in Paladin’s Quest.