The horrors and intricacies of The Consuming Shadow

'Everything in the game besides the music was by me working on my own,' says Ben Croshaw, aka Yahtzee. 'I even made all the monster sound effects with my own horrible phlegmy mouth.'
Kris Graft
Publisher
December 10, 2015

It's not every day an incredibly popular video game critic decides to actually make his very own game, though it definitely is every few years that Ben 'Yahtzee' Croshaw of Zero Punctuation actually releases one.

From 5 Days A Stranger and Poacher to 7 Days A Skeptic and the freshly launched The Consuming Shadow: Insanity Edition, Yahtzee is a rather prolific creator and also one who kindly agreed to a brief chat on games, design, The Consuming Shadow and being a solo developer.

How would you describe The Consuming Shadow?

Well, let's go with the description we've got on the Steam store page: "A procedural survival horror adventure in which you must explore the land, fight your way through randomly-generated dungeons and try to stay sane in your quest to save the world from the invading Ancients."

How about The Consuming Shadow: Insanity Edition?

The same, but with some nice extras, some gameplay tweaks, new monsters, and most importantly extra challenges to add more replay value. We went with 'Insanity Edition' as a name because the difficulty gets pretty insane by the last couple hours. 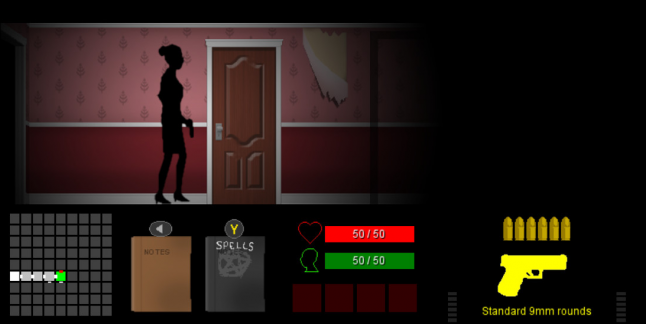 It seems incredibly sensible when actually playing the game, but why did you initially choose to follow the rogue-like format?

At the time when I started working on the idea, I'd been playing a lot of roguelikes and found it all very intriguing. Designing all the different levels and layouts was always one of the arduous bits of my past game development. The idea of just providing a bunch of algorithms and letting the game fill in the blanks was quite an appealing challenge to try my programming hand at.

Lovecraft aside, what were your inspirations for creating The Consuming Shadow?

I think the big one was FTL. Just before I started prototyping CS, I'd clocked in quite a few hours in that game, and the initial spark came when it occurred to me that FTL's premise of having to keep moving because you're being chased by the rebel fleet, manifesting as this huge nebulous mass cutting off all the space behind you as fast as you can traverse it, would probably suit a Lovecraftian setting pretty well. You could imagine the rebel fleet being a giant cosmic shoggoth that's coming to eat your slow ass. I was deliberately trying to create the same sense of impending doom in a more abstract way with Consuming Shadow's timer constantly looming overhead.

Do you feel you did justice to the Lovecraftian spirit?

That's for the audience to decide, really, but I'd like to think so. To me, the most important aspect of cosmic horror is uncertainty and suggestion, that there are huge, incomprehensible things on the edge of our senses that we can never truly grasp. I tried to evoke that by sticking to text descriptions of random events and low-visibility silhouette art, to let the user fill in the blanks with their own imagination. And not just because it was a lot easier to draw. 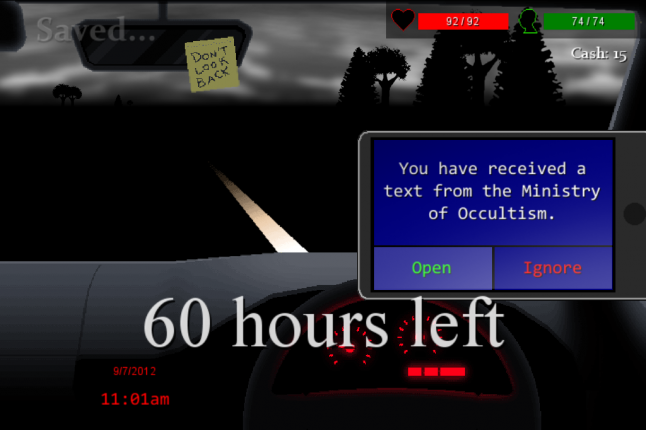 Ever considered The Consuming Shadow as a board-game? I mean, should you replace the more action-oriented bits with some dice rolling you've essentially created yourself a working, analog prototype.

Well, it's already a board game, really, it's called Arkham Horror and it was the other major influence besides FTL. It's a game where you have to roam around traditional Lovecraft territory trying to gather clues in preparation for the inevitable arrival of an invading cosmic horror. In that, though, the clues are just tokens with which you buy victory, and I wanted the clue-gathering to a bit less abstract. That's what led to the logic puzzle aspect of CS where you have to identify the invading god by putting together unconnected details.

How difficult is it finding the time to complete a solo project of this scope while quite obviously working on all sorts of demanding things?

Considering that I was working on CS for something like three years before the initial Humble Store release, quite difficult indeed. But the good thing about making games for fun, as a hobby rather than the day job, is that there's no pressure to produce results on time, you work on it as long as it interests you, and any money you make at the end of it is a lovely bonus.

Did you really do everything on your own? Honestly?

Everything in the game besides the music (ably crafted by Mark Hadley of Slender: The 8 Pages fame) was indeed by me working on my own. I even made all the monster sound effects with my own horrible phlegmy mouth. Besides that, my friend Ramine took the producer role and took charge of the publication and marketing side of things, which as a creative is very much not my strong point, and of course I worked with some testers as well.

And are you happy with how the game turned out? Are you satisfied with its critical and popular reception?

I think so, yes. I've seen some commenters dismiss it out of hand because it doesn't look amazing, which is a little disheartening, but the consensus of people who take the time to get past that and play the game has been very encouraging. 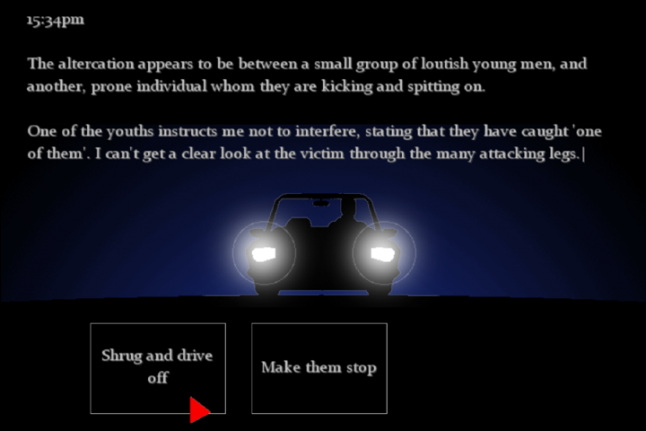 Which bits of The Consuming Shadow are you the proudest of?

I'd say the clue-gathering logic puzzle aspect because it feels like the unique thing. Most creative works come from people smashing together ideas inspired from lots of previous works - in this case Lovecraft, FTL, Arkham Horror and a couple of other things like Eternal Darkness and Binding of Isaac - and seeing what new ideas come up when they all meet in the middle, and I think the central deduction puzzle was one of those.

As a writer you seem to enjoy focusing on humor, yet as a game designer, ever since your early point-and-click days, you seem more to be more intrigued by horror. Is that really so? How come?

Comedy and horror have always both interested me, as a creative. I feel like the two go together pretty naturally (just look at Evil Dead 2). I dunno, it might be because they're both about using art to push the boundaries and give the audience an immediate physical reaction, either laughter or piss-pants terror.

Not that I don't love Zero Punctuation and its sharp humor (and, yes, silly visuals), which I absolutely do, but do you see yourself as more of a creator or a critic these days? How has writing about games and reviewing them changed the way you approach their creation?

I don't really feel like there's much of a line between the creator and critic things anymore. ZP itself and all the, as you say, silly visuals that go into it has always felt like equal parts creation and critique (even more so since I made Hatfall, the ZP game). Making games and criticizing them all comes from the same head space, I suppose, and it's helped develop the little voice in the head that asks if I would give myself shit for what I'm doing.