The Contemporariness of Game Design

Today's post examines how game design and appeal has evolved over the last twenty plus years and the tug of war between games that are considered timeless and those that are collectible.
Josh Bycer
Blogger
May 15, 2013

Today's post examines how game design and appeal has evolved over the last twenty plus years and the tug of war between games that are considered timeless and those that are collectible.

In the past I've talked about my views on preserving game design and the importance of backward compatibility.  Video games like any platform have projects that are still being talked about today, much in the same way as a piece of art or classic movie.

But while there are plenty of great games (as evident by the success of Good Old Games,) it is debatable if the game industry at this point has timeless works and the reason is due to the limitations of the medium.

The Game Industry is old enough now that we have different generations of gamers, from the people who grew up playing games like Star Control 2 and Mario, to Metal Gear Solid and Final Fantasy 7 and even those that just started with casual games or Call of Duty.

Game Design as a whole has definitely evolved and has become streamlined for better and worse. Games these days for the most part are more accessible then they were ten or twenty years ago. On the flipside, a lot of the more in-depth and complex games from the early days have either been neutered or simply fallen by the wayside.

This incidentally was one of the major reasons for the Kickstarter rush from last year as developers pitched those same engrossing titles from yesteryear to nostalgic gamers of today.

Now having these generational gaps is to be expected in any medium: Not every product can be a stunning work of art that would be remembered forever. And with each new generation, it becomes harder to go back to the previous -- One man's Casablanca is another man's boring black and white movie.

With that said, while there are many great games, we currently lack the same degree of timelessness compared to other mediums.

In most mediums, the examples that came out at the very beginning didn't achieve the same level of greatness as those that came later. The reason is that at the start, most people were experimenting to try and find the best form and the tools and materials haven't been completely figured out yet.

When it comes to collectability the early products are the most sought after: guns, cars etc, as even though they may not hold up functionally to today, they occupy a special place in history. 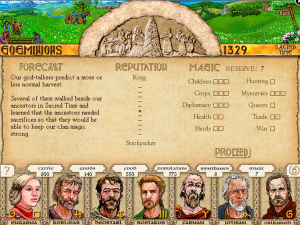 King of Dragon Pass was highly rated by fans who have played it, but its dated UI really hurts accessibility today.

However collectability and timelessness are two different subjects. The former holds true for collectors, while the later is meant for anyone to appreciate.

Movies like Casablanca and The God Father are considered great examples of film that anyone can watch. But only people who really love cars would get excited about owning a car from the 40s.

Video games are strange in terms of development as we mentioned, games were more complex in the 80s and 90s then many of the ones developed today. Part of the reason was that for PC games, computers were considered niche at the time, with only a small group of people able to enjoy them.

Developers didn't need to worry about mass appeal, as they knew that the people who were buying them were of the mindset to enjoy the complexities of them. As the industry opened up and became mainstream, developers realized that they could make their games more appealing by streamlining a lot of the systems.

On one hand, we now have an industry enjoyed by millions of people, but on the other hand it's fair to say that mainstream games have gotten somewhat derivative because of it.

While that does make classic game series stand out more, classic videos games were limited by the technology and design of the time to truly be timeless. X-Com UFO Defense is considered by many to be one of the best games ever made, but how many gamers today could go back and appreciate it?

It's really hard to look back at games made in the 80s and 90s and separate interesting design from complexity for the sake of complexity. Technology and the tools to create games have become more powerful and easier to use allowing designers to get around a lot of limitations of the early days.

For example, the early adventure games that used text parser interfaces, or games featuring multi screen spanning UIs or no mouse functionality and so on. This makes it very hard to appreciate these games outside of collectors and the hardcore.

I've recently tried going through a few of the games I've picked up through GOG sales such as the original Might and Magic and King of Dragon Pass. Both are games that are highly regarded but to today's standards are just stuck in the past.

And that's the problem: Some of the most highly regarded titles are stuck in the time they were created. Going back to X-Com for example, someone who grew up playing it still enjoys loading it up once in awhile, but I can't imagine a gamer today playing it and having anywhere near the same enjoyment.

Now is there a possible solution to this? Maybe. As we've talked about the Game Industry is at a point where technology has made game development easier. However, once popular genres and designs are now considered niche and avoided by the mainstream publishers. 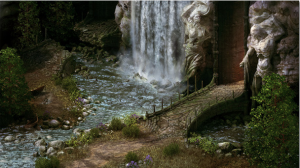 Project Eternity is one of many games being developed to recapture old school game design but with a modern flair.

But there is one big difference between the developers of today and the past: the Indie market.

Independent designers have shown their love for unique titles and designs, with games that probably would be avoided by publishers.

Kickstarter has provided major success stories from designers wanting to bring back older series or niche genres to the forefront: Project Eternity, Torment and The Longest Journey kickstarter for example.

Having a chance to create these titles with the benefit of today's technology and design is a great way to hit that happy medium between complexity and accessibility.

The Game industry has reached a point of no longer being a niche industry and has been accepted as mainstream . However with any industry, it's important to understand where we have been just as much as where we are going.