The Case for Games as Art

Imagine this... You are in the midst of an art installation. There are paintings along the walls and corridors. You cannot see all of them at once and must walk through the area to experience them all. Is this art?
Game Developer
Staff
August 12, 2010

You're in the midst of an art installation. There are paintings along the walls and corridors of an art gallery. You cannot see all of them at once and must walk through the area to experience them all.

Most certainly. It's called an Art Museum, or an Art Gallery. Art is even in the name. 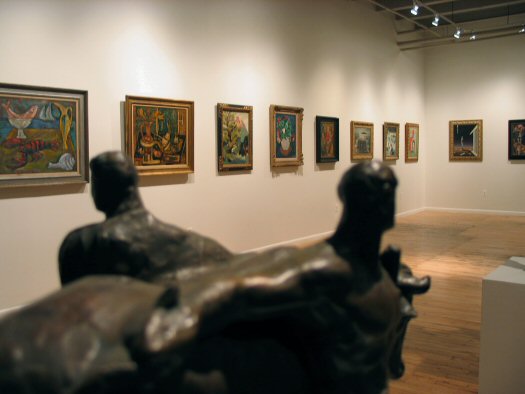 Now, imagine that a sign is placed at the museum's entrance... Informing the visitors that there is a blue egg (or some other obscure visual) hidden in one of the paintings, and that if a visitor can spot it - they may have a free ice cream cone.

Suddenly, the audience is given an objective. Do the masterpieces suddenly cease becoming art? If anything, the once-bored children will become a lot more interested. Museums use this quite a lot.

This addition of a game objective is the most counterproductive of examples imaginable - as the goal and process of finding a blue egg has nothing to do with the overall themes of the exhibit. Thus, while the experience will clearly remain art, the mechanics do not add to the experience. A more cohesive game objective can make the experience deeper... Such as an interactive painting that is meant to depict the futility of man's attempts to improve upon nature - by beginning with a beautiful Eden that visitors can alter... Each alteration only making the landscape grayer, darker, producing unforeseen consequences - hurricanes and floods and famine - until the landscape is utterly destroyed and desolate. By being interactive, the visitor's every attempt to improve upon things only leading to ruin, the artwork becomes much more meaningful than if it was a static painting... For we are causing it ourselves.

Games are art, manifestly art... It just happens that quite a few designers don't have a firm grasp on how to bring the mechanics in line with the game's overall themes and end up creating a clash. And it's no wonder. The form is barely a few decades old and the craft of game design is still being created as we go along. But using mechanics that run contrary to the game's overall theme is similar to taking the beautifully tragic and romantic end of Casablanca... And setting "The Thong Song" up as background music. The producer's logic would have gone something like "The Thong Song's fun, it sells, and it worked in that one scene in that other popular movie. Naturally, it'll work here!"

It's no wonder that many people seem to think that mechanics only take away from the experience. But just as inappropriate mechanics can detract from a beautiful experience - like a poorly chosen soundtrack can ruin a good movie - excellently designed mechanics can deepen the experience, making it more meaningful than ever before.

Game Mechanics are an additional tool for the artist - just as music in movies is. Like all tools, they can do damage when used inappropriately. But, when used correctly, they can add more to the experience than ever before.

And yet, I've been going through the writings and interviews of many of the leading geniuses in the game industry - the creators of the smash hits Fallout, Gears of War, Mass Effect, Far Cry, Left 4 Dead, Portal, Braid and more... And I'm consistently amazed at just how good many of these unquestionably excellent designers are at some things, such as basic game mechanics, and how much even the best among us struggle with so much else (writing, story, character and overarching themes for example). Many people aren't even sure games CAN be art, or should be... And say as much.

This is simultaneously unsettling and exhilarating, for though there is not steady road to travel to excellence in design – the world of gamecraft seems both rich and endless. In my studies of playwriting, screenwriting, novels and the theater at large – the forms and principles had already been largely explored and systematized. Robert Mckee, Joseph Campbell, Lajos Ergi – these are some of the craftmasters that have, even in recent decades, paved the way and constructed the towers of story principles. Writing for the page, stage or screen is much like taking a stroll through a London park, safe, secure, well regulated, and with the ghosts of the past pouring continually over your shoulders. Dickinson, Hemmingway, Emerson, Shakespeare – you are walking their roads and sitting on their benches.

This is comforting in a sleepy sort of way, but it also leaches some of the wonder from the work. The stage has been largely explored, the structures built into comfortingly familiar streets and alleys – Shakespeare Lane, Brecht Park, The Pinter District. You may call any of these home for your work, or perhaps venture on the lines between them – even constructing your own little suburb on the outskirts of town if you’re ambitious enough… But on the whole, there are thousands of years of creative tradition preceding you – and the forms have lost much of their mystery.

With games… Everything is different.

If the elder forms of narrative are a tranquil, established European city – then videogames are the rough, untamed wilderness on the other side of the sea. Games are a land just discovered, and barely charted – the brave new world for those with the skill and courage to dock on its shores, wade through its murky swamps and climb is jagged peaks to survey what lies below. Here, the old rules are swept away, an entirely new artform being created instead – a means of expression unlike any other, with the power to make us laugh, cry, and live lives of adventure we’d scarcely before imagined.

It’s going to be spectacular… And I look forward to seeing you there.


Games are manifestly a form of creative expression, and they can communicate things to us in ways distinct from any other art form. If there’s another requirement for something being art, then I’m unaware of it.