Exploring the patterns in a new genre of games that defy goals for a dreamlike experience.
Robin Arnott
Blogger
June 06, 2013

Two weeks ago I began describing patterns in what I see as an emerging videogame genre I'm calling "Videodreams". Examples of videodreams are Proteus, Panoramical, Pixeljunk 4am, Frequency Domain, and our own experimentSoundSelf. They  are characterized by wandering exploration (Tenets of Videodreams, Part 1), non-goal-oriented gameplay (...Part 2), and an embrace of the abstract (...Part 2). They are designed to be experienced - not beaten, explored - not understood, felt - not thought.

The final distinguishing commonality I see in these experiences is persistent interactive musicality: music is woven into these games as an integral and inseperable part of the experience. Unlike most music games however, the music does not define rules by which the player succeeds or fails, but is a canvas of free exploration.

By comparison, while Frequency Domain (a game in which the player flies through a landscape generated by a music track's FFT) doesn't fixate on an audio feedback loop between the player, the visual interaction (flying and spinning your ship, jumping between frequency peaks) is itself a dance with the music.

While music is core to the experiences that inspired me to begin talking about videodreams, I wonder if music is essential to creating these dreamlike experiences, or if it's just a particularly powerful tool for grounding the player in their body and in flow with the moment. Musically minded game developers use rhythms to entrain mental activity, or to subversively set a particular mood without the player noticing (and then intellectually engaging with) how these changes in their mind/body are happening. I wonder, does musical interaction help quiet the consciously critical/intellectual mind, thereby helping the player achieve a zen-like state?

It's important when discussing genre not to let the definition of what is or is not x limit the conversation. These boundaries are porous and subjective. The Bit Trip series and Super Hexagon both come to mind as experiences that draw the player into a dream-like state, and they do so with fast-paced goal-oriented gameplay. 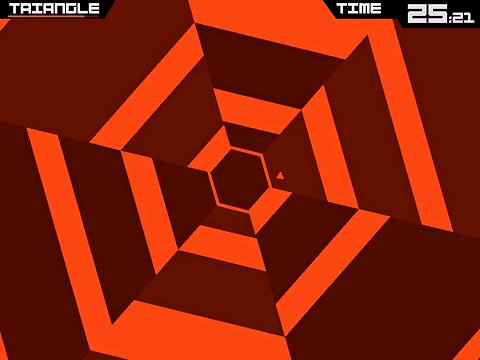 Part 2: Rejection of Goals or Meaning