Submitting Your Game to Indiecade - And Other Game Dev Lessons

Submitting to Indiecade and why we are better game developers because of it!
Tanal Barakat
Blogger
October 19, 2015 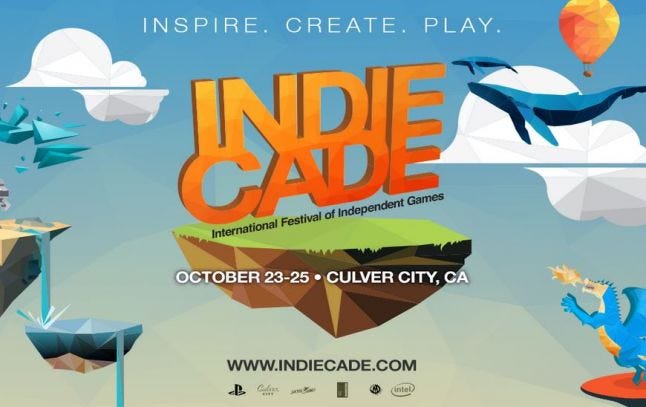 Indiecade 2015 is fast approaching as indie developers and studios everywhere are looking forward to celebrating the awesome lineup of selected games this year.  The number of games submitted this time around easily topped 1200, with each game being looked at and played by the awesome Indiecade jurors.  Slimming the list down to around 150 chosen games to be showcased is no easy feat by any standards.  So, we at One Sol Studios would like to take the time to thank Indiecade and all the jurors with a post dedicated to them and the invaluable feedback and lessons we learned from our experience submitting our first game, Dash BOO Dash, to the Indiecade Festival.

We want to share the general critiques and feedback we received for our first game in the hopes that other game devs could benefit from the advice and knowledge of our lovely jurors.

Normally, in an endless runner type game, player death is caused by a misstep or missed timing, misjudging distance or a general yolo-like approach to traversal.  Regardless, the player will generally have some idea as to why they died.  Our first juror’s problem with Dash BOO Dash was that they felt as though they didn’t get a chance to react to the level terrain in the first place.  The terrain and the speed of the gameplay created an environment where the juror had to adopt a strategy of random jumping, relying on luck and happy accidents to escape the pitfalls and obstacles of our in-game terrain.  Even with that strategy, death was “quick and inevitable” as our juror would hit the wall or some corner of something that would end their play session, regardless of any strategy or playstyle.  The resulting mixture of frustration as well as inability to really “play” the game resulted in a lackluster experience where the juror did not get very far, nor really have a chance to gain an appreciation for our interesting gameplay mechanics.

This wasn’t so much a matter of difficulty or speed as much as it was about the overall balancing and focus on player experience.  While camera distance and speed augmentation may have helped a little, it would have been a bandaid on the problem.  The player must feel empowered and that they have some measure of control rather than feeling that they have to adopt a strategy of chance to just get by.  Reworking our terrain as well as camera movement and creating less punishing and “anal” losing conditions (my foot touched a wall corner and I died >=[ not fair!) would have made the game more enjoyable as the player can focus on playing the game and experiencing what it has to offer while trying to survive, rather than desperately trying to survive by adopting haphazard play strategies just to stumble along.  Many of you may know this concept as “User Experience”, which is an essential element of a successful game.  I mean, the user’s experience is literally what defines a video game as an interactive medium.  A poor user experience is a waste of time, whether the game is supposed to be fun, scary or challenging, if the barrier to entry for a player is the gameplay itself then the player is no longer a player so much as your game’s punching bag.

Feedback Theme 2:  Don’t leave the player guessing (unless it’s a game about guessing)

Our second juror really enjoyed our “twist on a typical runner convention”, so much so that it felt like its own subgenre (paraphrasing).  They also really enjoyed the visual feedback and color progression of the background as they progressed through the level, not to mention the mysterious hints of the main character’s backstory which was also compelling.

Now, because of the interesting game mechanic, there is a bit of a learning curve.  While we did include a quick guide before starting to play, how many people actually read or register those kinds of things?  Most people want to dive into gameplay, hell we’re like that too, it’s so obvious [facepalm]!  So at first, our second juror had some trouble evaluating what, in fact, were hurdles to avoid as well as what obstacles would kill you.  Innovation is good but you also risk losing the player if you don’t give enough educational cues or visual feedback through the gameplay. Rather than telling the player how to play, show them through the gameplay itself.  At the level's start it would have been a good idea to call out hazards or things to watch out for with notable visuals.  Not only would it have helped the player internalize the mechanics sooner, but it would have been an awesome opportunity to enhance the visuals of our game.

Another small note our juror mentioned was the lack of visual feedback regarding the score.  Upon destroying enemies the player's score increases, but your score is constantly increasing as you’re progressing through the level anyways, so it’s hard to tell if it really makes a difference. This is actually really important as the player will approach the game differently based on the perception of the cost/benefit ratio of killing enemies.  If there’s no benefit to killing them why risk encountering them, and then we have an avoider game on our hands.  Very different than when you intentionally attack an enemy because you benefit from an increased score.  Again, calling this out when destroying an enemy would have been a great visual opportunity to enhance the game's looks as well as adding the extra mechanic of racking up combos.  Who doesn’t love combos!?

Our juror pointed out that while these were only minor aspects of the game, they are still very important in a subtle way and greatly enhance the gameplay experience.

Feedback theme 3:  Gotta feel that feel... ya feel me?

Our third juror said Dash BOO Dash was pretty well executed for our first game, as “the gameplay was solid and was enjoyable for a couple playthroughs”, WOOT!!!  Their advice to us was that certain aspects of gameplay seemed misaligned or slightly off from other parts of the game.  Impacting an enemy should have more umph, dying is unsatisfying, corners are too unforgiving and aspects of the character’s movement seems off, relative to other movement in the game.  The solution… game feel/juicing.

*(above gif from Luftrauser by Vlambeer indie game studio)

Adding subtle aspects such as camera shake, slow motion, tweening and other “effects” would have greatly benefitted our game’s “feel”.  There were so many opportunities to really exploit the speed and explosivy-ness of our game that we missed out on.  This particular juror’s advice opened up a whole new world of “game feel” for us, both as game devs and as gamers.  It seems obvious but it’s something many of us take for granted. And while the tweaks themselves may be small, the effect they have on the game and the user’s experience (there’s that phrase again) is huge.

Once again, we here at One Sol Studios would like to thank Indiecade and our jurors for their awesome input and the opportunity to submit.  We are overjoyed to be attending and look forward to the amazing lineup of games this year as well as showing our support with all the other gamers/game devs/game enthusiasts/random people attending.  Indiecade, here we come!