Soul Calibur 4 was the office favourite, but looming on the horizon was Street Fighter 4 - maybe the most anticipated fighting game release ever. So which one is actually better?
Neil Gower
Blogger
June 12, 2009

I've always enjoyed a good one-on-one fighting game. Over the last year or so, my office mates and I got into Soul Calibur 4. The competition was stiff, but all good natured and fun. Looming on the horizon however, was Street Fighter 4. The graphics nerd in me was exciting by the 3D anime look, while my inner child reminisced about hours lost in the arcade and on the SNES playing the original. I picked up SF2HD to get a head start, and re-read Sirlin's Playing To Win. I was ready for SF4. However, not everyone was so enthused.

The release date came, and some of us bought it. Others staunchly resisted. The office was split into two camps. We jockeyed for time in the lounge, lunch hours were strategically scheduled. The fun was dissipating.

The Soul Calibur faithful argued that the lack of 3D gameplay and ring-outs made SF4 less strategic. They said the selection of characters was too limited. After logging enough hours to understand how SF4 worked, I knew depth was not the problem. 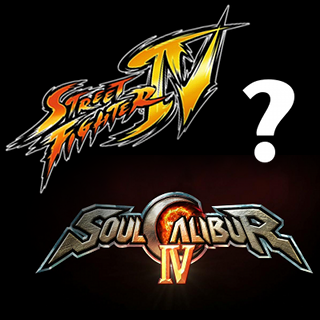 Street Fighter has plenty of depth.

Nonetheless, I had to admit I wasn't having as much success learning SF4 as I had with SC4, but I wasn't ready to give up yet.

For one thing, Street Fighter's 6-button control scheme made playing with standard gamepads tricky. Perhaps an arcade stick would help, and the strategy guide couldn't hurt.

It did help. Lots of input sequences are easier with an arcade stick in SF4, some seem impossible without one. The stick has the added bonus of triggering tactile memories of playing in the arcades.

Although I continued to practice, I still hardly ever won an online match. I did have a few glimpses of what a good match was like, but compared to Soul Calibur I spent far more of my time battling frustration.

In the end, I gave up on my aspirations to be a decent Street Fighter player. The thing that clinched it I think was the combo system. Street Fighter invented combos, but it was an accident.

As a consequence, combos in Street Fighter are non-obvious and have quirks - such as the differences between chains, links, and 2-in-1s. This is neat stuff, but in the way a bug can be neat. These subtleties don't make the game better. Other fighting games like Virtua Fighter, Tekken, and Soul Calibur have made combos a more deliberate part of the system.

I like the idea that SF combos can be more varied and expressive than the canned approach of other games, more directly an extension of the player's movements. In practice however, I like that in Soul Calibur, I exert my energy choosing the right moves, not trying to execute them.