A critical discussion of romantic relationships as they are presented in video games
Nathan Savant
Blogger
April 04, 2016

Video games are about power fantasies. You are the legendary hero of all of time here to save the world from darkness, and all shall bow at your feet! Only problem is that this applies to your romantic partners, as well. Rather than being members of an active relationship, they become props that play recordings of encouragement to lavish praises upon you like a tape recorder made by your mom. This is not good story-telling. 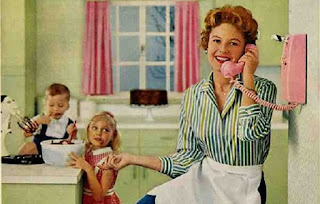 She just loves you so much!

As the legendary hero of prophecy, you are the center of all attention and your servants must naturally throw themselves at your feet to win your affections. But why are you accepting their offerings? Shouldn't you, as a legend, be looking for the company of another legend? Shouldn't your standards be high enough that you will only accept the best of lovers? And I don't mean best by way of someone who has been genetically designed in a lab to be the best possible specimen of a human. If your personality is so strong, why would you accept someone whose personality is anything less?

But hey, this is what games are, right? Your player has to be able to win the affections of the person they choose because if you remove player autonomy, you're going to leave them frustrated and you'll get a 7 on your metacritic instead of the coveted 8! 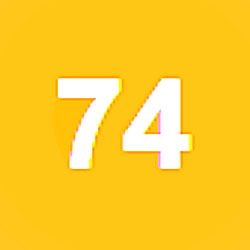 I have an alternative suggestion. Try leaving more to the imagination. A relationship is a very simple human interaction. When two people spend time together, they are in a relationship. When they decide, together, that they want to treat this relationship as a romantic one, it is immediately that. It doesn't matter if they call each other boyfriend/girlfriend, it doesn't matter if they get married after 2 weeks or not at all ever. The only thing required to be in a romantic relationship is that two people spend time together with romantic intent. The internet is full of memes that give you relationship advice, and much of it says that real relationships are mundane. You do your regular daily things with another person now, and you go about your life much as before, only now there's a person who hangs around in the same spaces. So why are games any different? 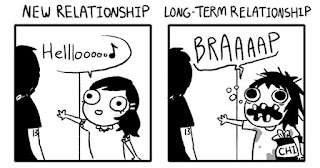 You are the legendary hero of prophecy. The person who you fall in love with is going to be the person who helps you achieve your goals. It doesn't matter if they speak your praises to everyone who passes you by, what matters is that they are there for you at every turn. Zelda may get captured far too often, but any time she gets a chance, she's giving you weapons and items to help with your quest. Unless, of course, she's becoming a ninja and working in the background to keep you safe.

My favorite example is Fallout 4. I decided that I liked Piper, while I was playing the game. I liked her personality and the morals she showed by reacting to my actions. I found myself agreeing with her likes and dislikes. I decided to get to know her better, so I kept inviting her to adventure with me. Eventually, she asked for my advice about her sister. Over time, we did several quests together. Most of the time, she would do my quests, as I was trying to save the entire wasteland from a threat of hidden robots (I am the chosen one, after all), and that left her fascinated. In fact, she was reporting on this issue before we met, so it makes sense that we would travel together. Every once in a while, however, she would ask for my help. Naturally, I would give her that help in whatever way I could. When I decided I wanted a relationship, I simply waited for opportunities to present themselves and started flirting with her. She responded positively and we got together. Once we were together, we simply traveled the wastes together. If I asked her, she would say she was happy with our arrangement. That's it. That's our relationship. And it's incredible! 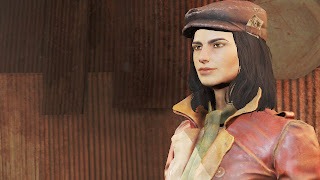 The face of good writing

So what's the secret sauce here? Well I would say it lies in the setup. First off, I got to know who Piper was by her reactions to my choices. If I shot at some random innocent, she would get upset. If I picked a lock, she would be impressed. If I stole evidence to prove someone's guilt, she would love it, but if I stole food from someone's home she would hate it. That tells me pretty much everything I need to know about her, and that's just what's plugged into the mechanics of the game. Secondly, we did quests TOGETHER. She accompanied me on my mission for her own reasons, but she also asked me to help with her interests. Honestly, I would've liked it if she had more, smaller quests for us to do together to get to know each other more. That back-and-forth is what builds a relationship in real life, and is an easy analog to plug into a game. The third, and most important, ingredient in this mixture is the lack of writing. You'll notice that what I've mentioned so far has not been the writing, but the actions. Games are about doing things. I don't need Piper to tell me she loves what I'm doing in some protracted dialogue scene, I just need to see her react when I pick open a safe. Her actions and my actions tell me everything I need. What dialogue is there is well-written, but the important part is that there's not much of it.

Games are about action. Actions speak louder than words. Let them.