'The core design of the FPS was largely unchanged since the original Doom. It’s nice to see that players want more innovation in the genre than auto-regenerating health instead of med-kits.'
Game Developer
Staff
January 27, 2016

In 2013, a small team at the 7Day First-Person Shooter game jam stumbled on a unique formula. Inspired by a flash game called Time4Cat, and a music video from the Russian band Biting Elbows, they came up with a first-person shooter called Superhot. When they released a demo online in September of 2013, the game's one sentence pitch--- "Time moves when you move"---caught the eye of press and developers alike, and it exploded in a fit of online popularity.

Three years later, Superhot prepares to launch on PC and Xbox One, and has been nominated for the IGF Seamus McNally Grand Prize, and the award for excellence in design. Speaking to Gamasutra by e-mail, director Piotr Iwanicki broke down his thoughts on Superhot's path to release, and what lessons transfer from Flash game development  to other forms of game design.

Piotr Iwanicki: I started out as a kid, doing some simple programming. Then I did Quake levels. Then I     forgot about it for many years and tried doing different things. But making games was deeply engraved in me and I didn’t feel happy until I started making them for real. I was developing small flash games by myself, then quickly started forming small teams, always focused around a project.

With every project you learn something and all my experience as a programmer and designer comes from solving practical game development problems, trying hard to make something exceptional, working hard every day.

What development tools did you use to build Superhot?

Iwanicki: Superhot has been in development since August 2013, when we started up as a game jam project made of 7 Day FPS Challenge. We’ve been working full-time since then in a growing team. It’s a fantastic experience of pushing your own limits every day. 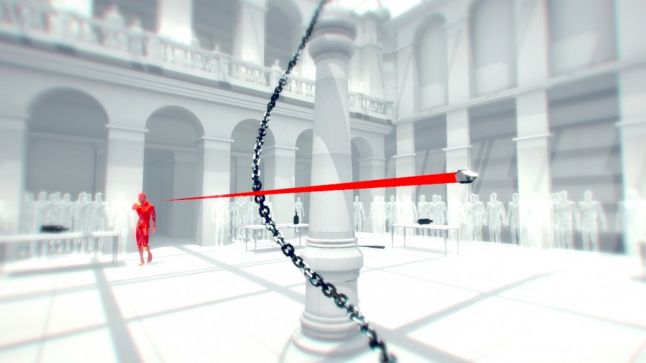 Iwanicki: As it always comes with original ideas, it came from random mashing of thoughts. The initial concept was for a turn-based FPS game. Then it quickly evolved into “time moves only when you move”.

One core rule was to never do something just because other games are doing it. Superhot is developed much like you would develop a flash game - you start with a strong concept and then build around it, you iterate, you discover. You take those tiny patterns you see in games and play around with them.

The concept evolved a lot from the initial 2013 prototype. The game started being more focused on shooting, but then as we discovered the possibilities it gravitated towards slow motion ballet of punches, grabbing items around you, throwing them, dodging bullets. It let’s you play so much more expressively, it’s much deeper in tiny procedural moment that force you to improvise.

It’s still can be described with this same concept, but it’s a very different game, when it comes to the experience. I’m not a big fan of focusing on just the concept, it’s an array of tiny ideas and solutions that matter in the end.

Superhot first exploded with this final demo version that everyone could play in their browser, what was the biggest lesson you learned from the massive response it got?

Iwanicki: It was a great surprise and a signal that players actually want something new in the FPS genre. The design core of the FPS game was so much unchanged since the original Doom. It’s nice to see that players want more innovation in the genre than auto-regenerating health instead of med-kits.

"Time Moves When You Move" is a really cool concept, but what sort of puzzles and gunfights did you find it really lent itself for? How did you come about some of the most unique experiences?

Iwanicki: One thing that is really important for the design of Superhot that it is not a puzzle game. When you tell the concept to someone, usually they respond “oh, so it turns FPS into a puzzle game”. That’s an intuitive response.

Superhot is an ultra-fast action game. But this action waits for you. It’s pure speed but without the time pressure. It’s not about solving puzzles, it’s about the feeling of being inside of a gunfight on a very close distance, facing lots of tiny momentary decisions. “Time moves only when you move” helps you get into the flow of pure action, that you experience at your own pace and in your own style.

Superhot is a very primal gameplay experience. Puzzles are not primal, puzzles are answered with a solution. You can feel smart when you solve the puzzle. You can appreciate a well crafted one. When you face a puzzle you stop and you think. Then you start playing around with its’ elements and then hopefully you have an “a-ha moment”, after which you perform the solution.

In Superhot you stop to adjust your instincts, not to think. The situations you are in are always a bit procedural and unpredictable and this constant tension between “planning” and improvisation is the essence of the game. 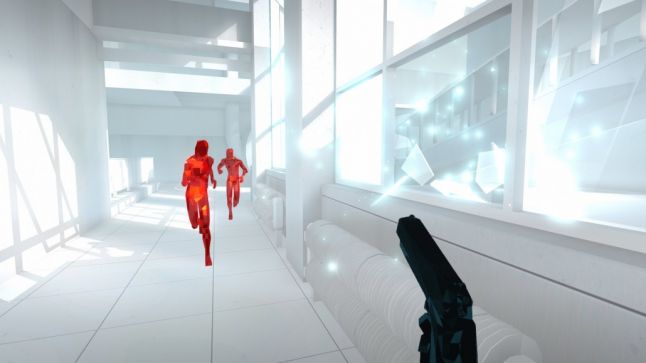 What else has Superhot taught you about working in first-person spaces, and manipulating player expectations about what can happen in the genre?

Iwanicki: I never really compare Superhot to other FPS games. We’re doing things our own way, discovering the possibility space in our specific situation. The first-person perspective brings instant familiarity, but we take it our own direction.

Iwanicki: Of course I’ve played all the other games. Keep Talking and Nobody Explodes is a really original design. I actually tried it with my mom and she loved it. I played it over Skype with a friend. It was a fresh gaming experience, drawing more from table-top than traditional video game design. I feel that there is still a lot of unexplored space in these kind of cooperative games. It’s a boldly “different” game and that’s always something that makes you nod with respect.

The Beginner's Guide is a very personal game, a real work of art. I’d like to say something smart about it, but I’m speechless. Huge respect. A very bold game, working on a level that wasn’t achieved by any other game before (for me). It deserves all the attention.