Return Triggers: Enticing Your Players to Come Back

This extract from the book Free-to-Play: Making Money From Games You Give Away explores creating reasons for you players to return to your game repeatedly known as Return Triggers.
Will Luton
Blogger
July 26, 2013

This post is an extract from my book Free-to-Play: Making Money From Games You Give Away, recently published by Pearson available at all good booksellers including Amazon US and Amazon UK. 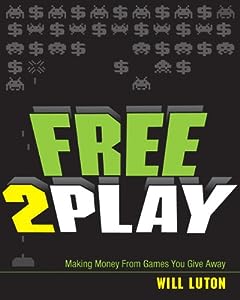 Giving players reasons to return to a game is what will make your game sticky. Without a reason, players float in an abyss, gravitationally drawn to other games. Return triggers function by attaching an explicit gameplay advantage or other compulsion to play to a probable future event. When that event occurs, the player will be compelled to return. Additionally, the game may prompt players with an email or push notification (a popup message on a mobile device) as a reminder.

Return triggers complete a loop that generates multiple sessions and form part of what is known as return loops (Figure 1), which look like this:

Good return triggers are the holy grail of retention, and there are multiple archetypes, such as appointment, social commitment and nudge. Although titles often have one predominant trigger, it is not unusual for several to be present or for titles to use hybrids, which mix and match them.

Appointment is the most common return trigger in F2P and is often tied to a wait core loop. It is simply a reward for an action at a set time in the future. These triggers are known as appointments because the player often chooses the most suitable time from a range available.

FarmVille’s crops each have an associated cost and reward along with a growth time. A player can choose a crop that will be ready for harvest at a time when the player is available to play. For example, if players play before work at 9:00 a.m., they can plant strawberries, which will take four hours to grow. This creates an appointment for another session at 1:00 p.m., during the players’ lunch break. Other players may only find time to play once per day, so they plant peppers, which take 24 hours to grow. Or, a more time-rich player may return every five minutes for a lower, more regular reward.

FarmVille, like all appointment-based games, intends for players to plan their sessions around their lives, encouraging them to settle in to a routine of play. If players miss a session, however, the reward may be replaced with a punishment: FarmVille crops wither after an allotted time, conditioning players to keep up their commitment—
a powerful driver for creating return play.

Although appointments drove the farm clones of early F2P history, their use and the use of real-world time has now pervaded most games in the model and even some outside it. Bejeweled Blitz uses a tournament reset that once a week clears the scoreboards, allowing for players to compete afresh. This balances dedication with skill, stopping runaway or fluke scores to dominate for eternity; players who don’t return don’t feature on the scoreboard.

Similarly, mystery boxes, daily prizes, lottery tickets and the like are rewards offered to players at the beginning of the first session of the day. Often, these rewards increase over multiple days, encouraging regular return, but as punishment, the escalation is reset upon missing a day.

Appointments are excellent at training players for long-term commitment to the game. They offer waiting incentives at an allotted time, often chosen by the player, and discourage late return by removing or lessening the reward.

Humans are naturally competitive and are willing to seek the high of triumph—a core appeal of games. Competitive return triggers pique a player’s sense of competitiveness by using an event prompted by the game or another player.

Any game with a score leaderboard has a competitive return trigger and in the early days of videogames scoreboards were prevalent throughout arcades. Machines displayed leaderboards while in their attract mode, which consisted of a series of screens that demonstrated the game while not in play. An attract screen’s purpose was to get passing players to drop a quarter, play the game and hopefully post their initials at the top of leaderboard, offering a clear goal to other players. Similarly, not achieving leaderboard status, missing the number one spot or subsequently having your score beaten provided for continuous return and repeated play, yielding credit after credit from the player. Leaderboards drove the explosion of arcades and the beginning of the industry.

Bejeweled Blitz’s leaderboards maintain this tradition: Any change in a player’s score generates a new reason for that player to return. However, scores are not the only form of competitive return trigger. Dungeons & Dragons Online, like many MMORPGs, offers PvP (player versus player) battles where there is one winner and one loser. Zero sum games, where players triumph over others, have the ability to create a strong emotional reaction and a desire to continue or return.

Social commitment, the sense of obligation players feel when they’re response is required for the progress of another, is one of the rarest, yet strongest, return triggers.

Draw Something is a game in which a player draws a picture, intended for another player, to depict a word selected from a short random list. The second player’s job is to guess the word the picture represents. If guessed correctly, both players gain coins, which can be spent on in-game items like new brush colors. The second player then completes the turn by drawing a picture as the first player did.

This style of game is often called asynchronous, because each player returns sequentially to complete a waiting action rather than playing in real time, which requires all competing players to be online at the same time, as in synchronous play.

Good asynchronous games drive incredible retention because each player creates a return trigger for the other: The players feel strongly compelled to return because of the time investment of another human. This effort is socially more significant than output of a machine, so is more compelling.

These obligations also exist in lots of MMORPGs where players form types of interdependencies through guilds. Guilds are groups of players who have similar interests and build strong social bonds with one another. Guilds may even require a minimum level of time commitment for a player to be included.

In addition, the claiming or tagging of real spots provides a sense of territorialism that acts in a similar manner to competitive triggers. For example, winning a spot from a rival or collecting a rare in–game resource may cause players to return to a game when they are at work, school, home, or riding a bus.

Tying in with existing services via APIs, location data can be given context by associating it with nearby shops, landmarks, public spaces and streets, providing an emotional link for a player and enforcing the sense of territory.

Many mobile devices—even those without GPS functionality, like the iPod touch or even laptops—are able to provide reasonably accurate latitude and longitude data by calculating nearby WiFi signals, thereby creating a massive user base of location-capable devices.

Although there has yet to be a single breakout hit, Red Robot Labs’ Life is Crime and Booyah’s My Town series are notable location-aware titles.

Many F2P titles utilize limited-time events, which offer something special for a short period only. Most commonly, they take the form of a sales or seasonal event, tying in with regional or national holidays: Thanksgiving, New Year and so on.

Dungeons & Dragons Online features Festivus—a secular celebration of the holiday season on December 23. The game gives access to a special set of Festivus quests and items available only during the event, such as the Beholder Cookie. Once it’s over, the player can no longer access the quests or obtain the items but keeps those that were acquired.

On the other hand, FarmVille runs more than one event trigger per month on average, ranging from Valentine’s Day to promotions for garden fertilizer. These events have predefined start and end times, and again focus on special limited availability items. Similarly, Bejeweled Blitz runs regular Happy Hour events, which offer free boosts and discounts on coins. These are promoted with a push notification, email or via a Facebook group—a key element to pulling in users.

The objectives of sales and events are the same: Offer players an advantage or emotional connection that they can only get within a limited period. This makes a compelling case for returning immediately and may draw back players who had otherwise been churned—left
the game with no intention of returning.

However, there is a trade-off between how regularly these events can be run: Too regularly and they lose their value, whereas big gaps between each event signifies lost opportunities.

Nudge triggers are some of the weakest return triggers: They consist of directly contacting players to remind them to return to the game. Usually, nudges are sent when a player has seemingly churned and serve as a reminder that the game exists.

Nudges may take the form of a mobile push notification along the lines of “your characters miss you” or an email with a list of new features. Although a last ditch attempt to retain a player who has missed or has little interest in other return triggers, they are worthwhile
despite an often low success rate.

Find out more about Free-to-Play: Making Money From Games You Giveaway.