Retro Neuron : Looking at the past, "The Farm Game"

A look back at some of the games and development that I have done over the years. It helps me get new ideas by looking at past development sometimes, what worked, what didn't, what was a surprise...
Cathy Pyle
Blogger
January 13, 2010

I am officially declaring Tuesdays as “Retro Blog Tuesdays”.  I feel that from time to time it is good to look back on where you have come from.  Also I get incentive and inspiration and even new game ideas by looking over some of the stuff I did in the past.  I will only be going back to the beginnings of Neuron, not so much to the beginnings of my computer programming experiences which started at my friend Keith Walters house on a Vic 20.  More like copy and re-copy than programming.  “Damn it, was that a 1 or the letter “l” in that magazine code”

When I first decided to start Neuron Games, I knew how to program, and I knew a little about games, but didn’t know much about how to really make real games.  I think the most significant thing I made was a map of the catacombs for Bard’s Tale that got distributed pretty widely over BBS J  If you had Bard’s Tale you probably had my map!

Anyhow, I knew that I wanted to make games and the best games had to be written in Assembly and C for speed due to the lack of processor power then.  Lucky for me areally super smart guy that already knew all this by the name of Andre LaMothe had already written a book on the subject called “Teach yourself game programming in 21 days”.  Well the title was a bit of a lie, I remember the book being about 500 or more pages with about 2/3 in code.  Also this was a very early copy and did not come with a source disk of any kind.  So you had to type all the code in by hand.  21 days my ass! LOL  Just the same it was what I needed. 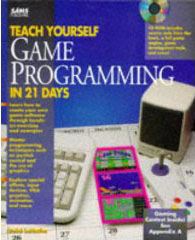 I remember in the book was an exercise where you make a tank move around on the screen.  Well, I didn’t want to be like all the other people and copy what was in the book.  I wanted something playable.  So I decided on a coyote that could run around by keyboard control and a chicken that had some super retarded AI for chicken like movements.  Mostly based on random numbers to regulate which way it turned. If the coyote caught the chicken it would eat it leaving a bloody mess.  To my amazement this little game downloaded tens of thousands of times and people loved to play with it.  There was no objective except eat the chicken, no way to die, no way to win…..crazy….people loved it though.  Hmmmm maybe I should make a modern version:-P 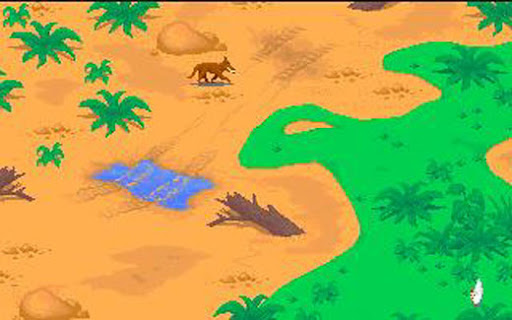 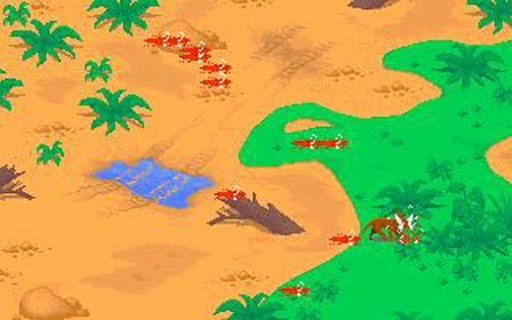