Christopher Kline was almost able to join us last week for our Twitch stream of BioShock, but couldn't quite make it due to a scheduling conflict. He was kind enough to share a few memories of his work on the game.
Bryant Francis
Senior Editor
September 23, 2016

Today we collected some memories of the development of BioShock 2 from former developers at 2K Marin. It's an insightful look into a development process that would eventually give the world games like Gone Home, The Novelist, and more, but when we went out looking for BioShock memories we weren't just looking for thoughts from the sequel.

As it happened, we were able to have Bill Gardner join us for an excellent look at BioShock's first hour last week, and former lead programmer Christopher Kline wasn't able to join us due to a scheduling conflict. But Kline was able to take a moment to share his memories working on the original game, and was kind enough to share them with us via e-mail.

Read on for some of Kline's thoughts about the moment he realized BioShock would work, and some of the programming lessons that still influence his career today.

1. What are some of your strongest memories working on the BioShock series?

Very early on in the history of BioShock I was talking with designer Dorian Hart on a particular feature that he had proposed adding to the game design. Realizing that it would be quite problematic for a number of technical reasons, I told him that I didn't think we would be able to implement it. I distinctly remember what happened next, because it caught me by surprise. Instead of fighting me on it, Dorian said to me something to the effect of "Ok, well the reason I added it to the design is because we want the player to be forced to make difficult decisions between X and Y, so that she *feels* Z. Help me figure out some other technically feasible way we can achieve that goal." This simple conversation made me realize that game design is a *discipline*, and that to be a great designer you must be a scholar, capable of thinking deeply and critically about your craft.

Another of my strongest memories was the night I first actually *played* a BioShock level.  It may seem strange, but as a programmer I very rarely played the game for enjoyment during development. Often I was just too busy, so to fix bugs I'd try to jump in and use cheat codes to get as quickly as possible to the situation I needed to fix. But another motivation was a desire not to spoil the experience for myself as a gamer -- I wanted to play it "fresh" when it was released, just like everyone else. In fact, on BioShock Infinite I didn't even know the ending of the game until I played it after release!

Anyhow, during the development of the original BioShock I remember being in the office very late one night when I thought everyone had already gone home. Around midnight the designer Jordan Thomas came popped his head into the room and asked if I wanted to try out something he was working on, which happened to be the Fort Frolic level. Refusing to tell me anything, he just asked me to play the game. Now, up until that point I had only experienced our game as a series of disconnected systems I was either developing or debugging, devoid of any narrative context or continuity. 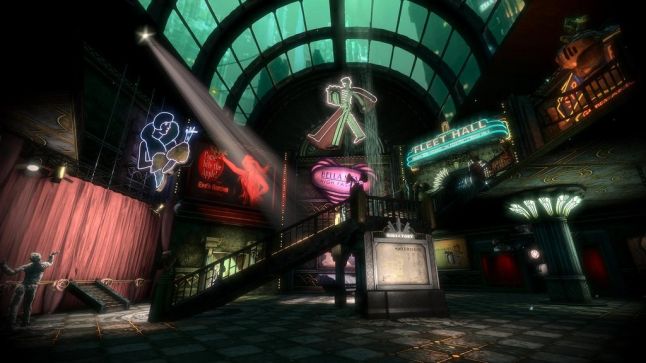 In that eye-opening play-through I finally saw how everything the programming team had been working on fit together, how our brilliant designers could take a bag of technical systems and use them to create an amazing, engaging and emotional experience. I'm a slow player, so I didn't finish until around 2 or 3 AM, but Jordan stayed there the entire time taking notes and encouraging me on.

The camaraderie we shared, and my excitement at realizing how good this game could turn out to be, is something I'll never forget. Those are the kind of payoff moments you live for as a game developer.

2. What do you think are some of the biggest lessons you learned that affected your professional career?

The single more important lesson I've learned over time is that ideas are cheap and progress is hard. If you can't you back up your idea with a convincing argument that you're personally willing to develop into a working demonstration, you're just wasting everyone's time. I was very fortunate to be on a team of people who were not only immensely talented in their particular field -- be it art, design, or programming -- but willing to champion their ideas through relentless personal effort. The most successful of these people also welcomed and even solicited harsh criticism of their work, and were able to accept that criticism with grace.

3. What do you feel developers can learn from revisiting the BioShock games?

From my perspective, I was just a programmer who had the good fortune to work in service of people far more talented than me, so I'm uncomfortable stating with any authority what others should learn from our games. But my hope is that every new play-through of BioShock reveals new details, ideas, and flourishes that developers can take, re-shape and re-use to great success in their own games.