We speak with Crowbar Collective's Chris Horn, lead designer on Half-Life remake Black Mesa about the long history of the project and how Valve let the project live instead of shutting it down.
Alissa McAloon
Editor-in-Chief
May 11, 2020

When it comes to fan-made video games based on owned properties, few make it to market due to legal measures taken by IP holders.

But Crowbar Collective has been more fortunate. Its fan-made Half-Life remake, Black Mesa, finally released in March this year with the blessing of Half-Life creator Valve Software. With critical acclaim and substantial sales, Black Mesa is a bona fide hit after 15 years in development.

Half-Life is regarded as a landmark game, and one that Valve themselves remade using Source. When and why did you decide to try remaking it yourself?

Black Mesa began originally as two separate collaborative efforts, made up of volunteers from the Half-Life community. At first the two groups were independent, announcing in September 2004 on the Leakfree forums and October 2004 with the Half-Life Source: Overhaul Project. These efforts were started due to a general disappointment in the simplicity of the Source engine port of Half-Life and the belief that the original game could be brought up to a higher standard than just a simple engine port.

Eventually the two groups joined forces and announced a new name for the project in about mid 2005, Black Mesa: Source. After a successful year or so of development, and a popular first trailer, we received a request from Valve to remove *Source* from the name, as our project was getting mistaken for an official Valve product, and so (around mid 2006) the project became Black Mesa. 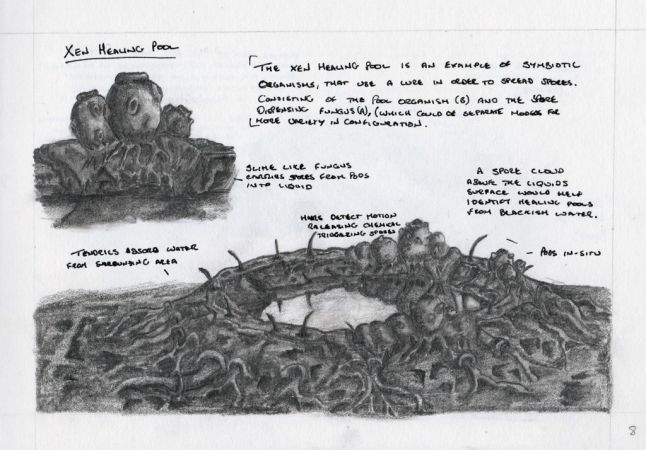 It's been eight years since the original Black Mesa mod was released. Did you think it would take as long as it has? What issues have caused delays? In an industry where technology dates rapidly, did you think that Source would still be relevant this far out?

Originally I think some of us suspected that porting the mod version of the game to a new engine would have taken a fair amount of time by itself, but porting a mod to a commercial version with new features and improvements would take even longer. In addition to which we still had Xen to make on top of porting and multiplayer. I took over as lead level designer in 2012, and we divided the workflow up into engine porting, improving the mod levels and creating a decent multiplayer mode for the commercial release, while work went into creating the style guides and blockouts based on the original Xen plans I created back in 2013.

One of the biggest challenges at this point, was updating the game to be visually relevant. Something our coders managed to do with an obsessive zeal; considering the age of the underlying engine. Level complexity in the new Xen maps was significantly higher than in previous Earthbound levels, sometimes going to three times the amount of assets in a map, which lead to increases in engine limits being needed: this was something we couldn’t have done with an unlicensed version of Source.

I don’t think we thought the Source engine would still be relevant by this time, instead we constantly pushed to keep it relevant to our goals, by updating it and polishing it where needed. 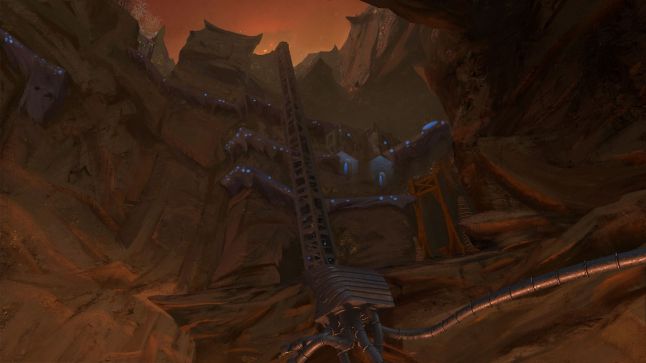 How did you get Valve to go along with the project instead of shutting it down (as is depressingly common with fan projects)?

We generally didn’t have a lot of contact with Valve. As previously mentioned, before the commercial offer the only time we had been officially contacted was to remove the title “Source” from the project name. Valve then contacted us in 2013 to propose a commercial license, it was a refreshing change from the industry norm.

In general, how does Black Mesa improve upon Half-Life which for all its virtues, is 22 years old at this point, and was released in a vastly different gaming landscape?

I think primarily we improved the environmental storytelling contained within the chapters, not just with an increase in NPC interaction, but an overall more realistic structure to the game. It seems obvious to state the visual upgrades, but the key difference was the fidelity of detail in the locations you visit that help set the world's atmosphere for the player.

We also updated a fair few gameplay mechanics to better blend with those found in Half Life-2, such as HUD Hints on gameplay actions and built in training sections of maps, instead of an entire hazard course map to teach the player before they started the game.

Retaining the nostalgia of the original, while introducing the improved gameplay of Half-Life 2 was the main goal. 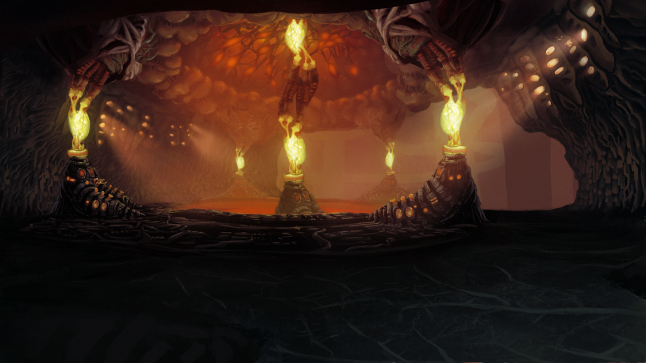 A lot of people have been talking about how much improved the game is in later sections, particularly the Xen areas. What did you do to improve them, and what about these sections do you think players appreciate about the way you handled them?

When I took the original brief for ‘Xen,’ I made the decision to redesign it from scratch and create a unique version of the borderworld. The first thing to do was to look at the overall flow and structure of the maps, not from the original but in our own design. To take the memorable components from the original, such as Gonarch's ledge fight and Gargantua Chases and integrate them into a new and unique design. The tower was the first major difference, which I concepted right at the very start of the process as an ideolocator for the player to use throughout Xen to give perspective on position.

This then formed the central design focus, and acted as a structured goal for the player. The theme of Xen was then created around this, changing level colors to be more threatening the closer you got to the tower, increasing the feel of influence the tower had over the environment.

I think it was this theme, structure and attention to detail that players really appreciate, as well as the intentional “wow” moments we built into the areas with set vistas and animated creatures. The complexity of this new world and its symbiotic nature was a stark contrast to the earth sections, whilst still containing a familiarity with the additions of scientific equipment that told additional stories. It created a richer world to explore than the original. 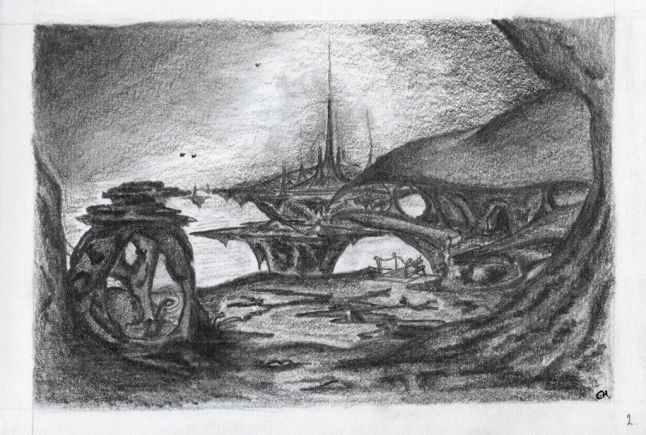 When building a remake of a prior game, especially one which you didn't create, it must have required a great deal of recreation, or at least refinement, of art assets. Could you give us an overview of your workflow, and how you went about keeping fidelity to the original Half-Life?

Originally our workflow was quite different to how it is now. At the start of the project each level designer took on at least one entire chapter, sometimes more (in my case, Questionable Ethics and Surface Tension), as their primary responsibility. As chapter leads, you had the responsibility to create the entire thing from block out to art finishing. Inevitably over time, work was done on other maps outside of this responsibility. Art assets were created from scratch per chapter, specific to each in some cases, to match the style of the area. Specific roles such as moderller and texture artist were a thing back then, “environment artist” was just part of the level design role. With Xen and later development, while a lot of those roles were still around, we had to refine the workflow further and create a more structured “level designer” and “environment artist” role.

With Xen blockouts were created, tested, refined and when suitable the Environment Artist took over and created the basic art structure of the map using Wallworm to integrate the Source maps into 3DS Max. This allowed us to add a lot more organic looking areas than just prop placement, and allowed for far more optimized assets to be created. These basic arted areas were then passed back to the responsible level designers to be polished in another art pass in the engine. Naturally this newer process was faster than the old method, but far more complex. As for how long it took in total - “Person-Hours” is a very hard thing to quantify in a 15 year project, some of us have clocked thousands of hours each.

Most of the original areas we tried to keep the art direction and props very similar to those seen in Half-Life to create the nostalgic feel and structure of the environments, with Xen we had a fair bit more freedom for artistic license, and created a unified theme across the chapters using the environmental storytelling as a basis. Concepts on key components from the original were created, to cement the Xenian feel from the original. It’s key to tickle the nostalgia feelings, rather than bombard the player with them, when creating a re-imagining. 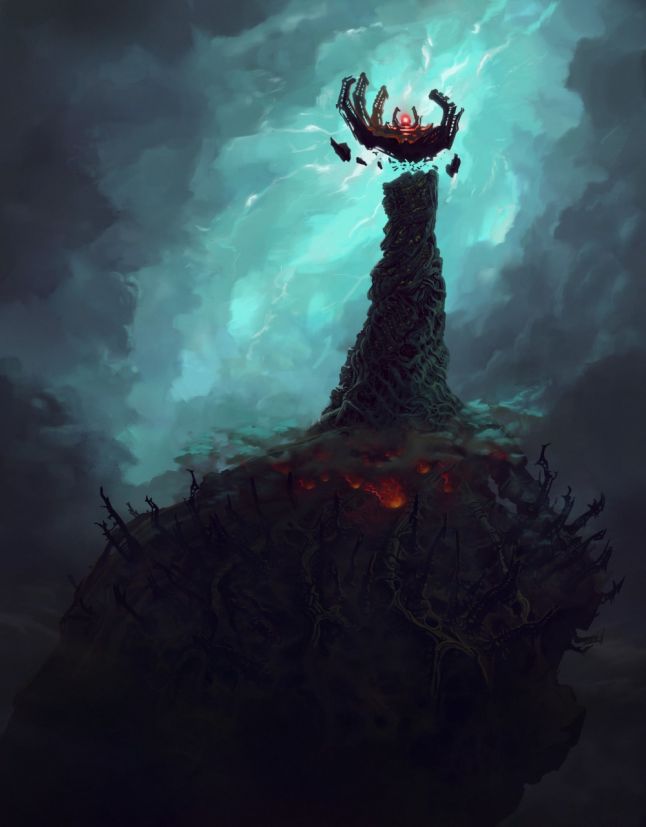