Q&A: Inside the 22-years-late release of Star Fox 2

"Miyamoto always said Star Fox should be for experimenting with different forms of 3D gameplay. We added a robot walker, platform elements, and experimented with the random encounter-based missions."
Kris Graft
Publisher
June 29, 2017

One of the most hotly anticipated new releases of 2017 has been feature complete for over 22 years.

Star Fox 2 was a sci-fi rail shooter initially scheduled to release in 1995 for the Super Nintendo console. Like the original Star Fox, it used a Super FX chip in the game cartridge to boost the power of the console, and produce 3D graphics. But the sequel promised more varied action, both in and out of the cockpit.

The sequel was cancelled soon before its planned release. Dylan Cuthbert, who worked on both SNES Star Fox titles during his time at Argonaut Games, has said that it was killed because its 3D tech, which had seemed so impressive when the original launched in 1993, seemed less singular and impressive due to the recent launches of the Saturn and PlayStation consoles.

But with the announcement of the SNES Classic came news that the never-released space shooter would finally be getting an official release. (Early incomplete builds have shown up in the past, but no one has had a chance to play the final version before now.)

Cuthbert spoke to Gamasutra about this surprising development, and about the experience of making the game.

What was your initial reaction, back in 1995, when you learned Star Fox 2 would be canceled?

"Miyamoto always said Star Fox should be for experimenting with different forms of 3D gameplay. We added a robot walker, platform elements, and experimented with the random encounter-based missions."

Cuthbert: I was disappointed of course, but by that point I was ready to move onto the next generation of 3D graphics. The PlayStation had just been released and I wanted to have a play with it. I felt the decision was actually the correct one at the time - if the PlayStation and Saturn had come out a year later things would have been very different.

And what's your reaction now upon learning it would be released finally after all this time?

How did the process of making Star Fox 2 differ from making the original?

We spent a lot more time experimenting, and you can see that in the difference between the version of Star Fox 2 shown at E3 (or was it CES back then?) compared to the final version. They are completely different games!

What led to the change in direction from on-rails to free-roaming? Was it a conscious effort to get back to your early 3D attempts in the Gameboy title "X" or something planned for the original that didn't fit?

The FX Chip 2 was more powerful and Miyamoto always wanted to do free-roaming - the original was only on-rails because of the technical limitations. I think that became a major part of the gameplay mind you, but back then there were complaints of "it's on rails and not proper 3D". Miyamoto always said that Star Fox should be for experimenting with different forms of 3D gameplay. So we added a robot walker and platform elements, and experimented with the randomly constructed encounter based missions.

Argonaut Software assisted on the development of X, a pioneering 3D title for Gameboy

Was the game’s increased complexity due to the team learning how to use the hardware more efficiently, or was it due to a new chip being used, or... other reasons?

[Katsuya] Eguchi wanted to make a game that felt more like a game called Star Luster - Star Luster was a very simple game, but it had a surprisingly addictive core loop with random encounters. So we chased those ideas, and didn't really think all that much about the extra power from the FX Chip 2.

Is there one difficult solution to a design challenge on that you’re particularly proud of figuring out?

It's too long ago to remember! The only thing I remember is re-configuring the engine to run a lot more in parallel with the FX chip, which was a small technical challenge.

Some of Star Fox 2’s design elements were carried over into Star Fox Command and, to a lesser extent, Star Fox Zero. But what remains unique to the SNES game that people will get to experience for the first time this fall?

The randomly generated missions and all the extensive encounters and platform elements. There are lots of buttons to jump on in Star Fox 2! 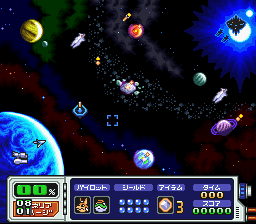 Are there any other games or prototypes in the Q-Games vault that, similar to Star Fox 2, were almost finished but never saw the light of day?

There is a game we worked on with Nintendo, one of Miyamoto's pet projects for the DS, but apart from that I can't divulge anything. It got canceled at about a 90% state of completion but didn't go through Mario Club or the QA process. It was a pretty interesting project!

Do you think the game would have performed well had it been released as originally intended, or do you think Nintendo made the right business decision?

I think that without the PlayStation and Saturn to compare against, it would have been absolutely fine as it was a major step up in tech and ideas compared to the original. We also had and still have a lot of Star Fox fans! 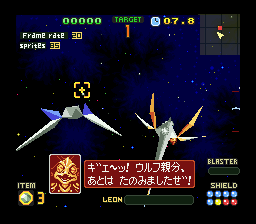 Does the SNES Classic interest you personally?

Well it certainly interests me now! Star Fox 2 is the major selling point! Jokes aside, I always liked the SNES, so it seems like a great buy, and I'll be getting one for sure, by hook or by crook! 😊