An iron fist ruled this sunny-side district on Exodus from the cancelled sequel to Prey. The once prosperous government center was now hiding a sinister secret looming over all...
Nathan Cheever
Blogger
May 14, 2018

Be sure to read about The Bowery District before jumping into Locktown.  Here are more old notes I had on Prey 2's world.

What you’ll be looking at are top-down designs from the 3D environments. Areas the player could not reach in the distance are not included. So don’t interpret these layouts as small city islands. Central City on Exodus was a vast urban sprawl surrounding the player.

A Town on Lockdown

The title “Locktown” was a play on words coined by fellow designer Dave Halsted.  All citizens were under Regime martial law.  They controlled what was once the civic government district of Central City.  Local workers were “motivated” to build Enforcers, Security Eyes, and contribute to a sinister secret looming over all…

The initial draft didn't change much from what made it through Pre-Alpha.  Some locations merged creating new space for others.  If I remember right, the Ceros faction was the Mafia of Central City while The Uprising were the rebels.

Locktown was a launching pad to another far off district, the Brightside — a prison near the hottest, brightest spot on Exodus harvesting power for the whole planet.  When the Regime took Locktown over most of the government facilities remained operating except for the Conference Center.  That was turned into a Re-Alignment Center for disruptive workers.  Its rooftop was sometimes used as a place for execution.

Technically speaking, layout for the district was approached differently than the Bowery.  Instead of buildings pillared organically to create pocket neighborhoods, Locktown was separated into six major sectors.  Most of the buildings had second-story breezeways, allowing agile players to quickly run “through” buildings instead of navigating around their bases on street level.

The “Regime Comm” (or “RT” in the image above) was a large interior dungeon later moved off the district to the north.  This gave players a good establishing view instead of being right under it.  And of course provided a huge performance boost moving it off to its own space.

The other thing introduced was a larger footprint for single room interiors.  They were also standardized in size allowing us to easily swap them for another theme if needed during development.

If you were paying attention to the previous image, you know what Locktown’s secret was. In the first Prey, Tommy saved Earth by taking over the Sphere.  The Keepers who created the Sphere now wanted retribution.  This time they wouldn’t send a Harvest Sphere.  This time they’d send a War Sphere.  And it was being built right above Locktown!   Cloaked from everyone’s view, you would need Tommy’s help to reveal the truth.  The Keepers were the puppet masters of Exodus.

As you can see the War Sphere was massive in relation to Locktown.  The district block can be seen in the lower middle of the image.  Just north of it was the tri-tower “Regime Complex”,  beyond to the south was “Hotel Hell”, and off in the southwest was the “Manufactory”.  These dungeons provided more authored and linear gameplay, contrasting the sandbox nature of the city hubs.  The unfinished traintrack would’ve wound its way to other districts like the Bowery.  A huge umbilical cord would have stretched from the district over and up to the Sphere feeding it with energy, draped over any building that got in the way.

To again contrast the Bowery’s organic nature, the number of horizontal playspaces in Locktown were generally more organized.  This helped the player’s mental map of the layered pathways and helped anticipate performance bottlenecks.

You had the street level which varied up and down a few meters.  Under that in several spots were networks of piping and vents flowing between buildings to sprint along.  Above the aforementioned street level were towers with their 2nd or 3rd-stories pulled apart exposing tower machinery and conduits.  Only an enclosed elevator shaft passed through this open-air floor.  You could leap over, under, and jump across these spaces to avoid patrolling Regime.

You weren’t limited to running though.  You had a grapple hook gadget which could take him pretty much anywhere.  Private landing pads jutted out several stories up, with shorter rooftops and balconies leading to higher rooftops and vistas.  At times, traveling through the city felt like a 1st-person Batman in Arkham City.

Six major neighborhoods existed as seen in the image below.  The “Back Alley” was a 7th area wedged between sectors as the only slice of illegal activity akin to the Bowery. 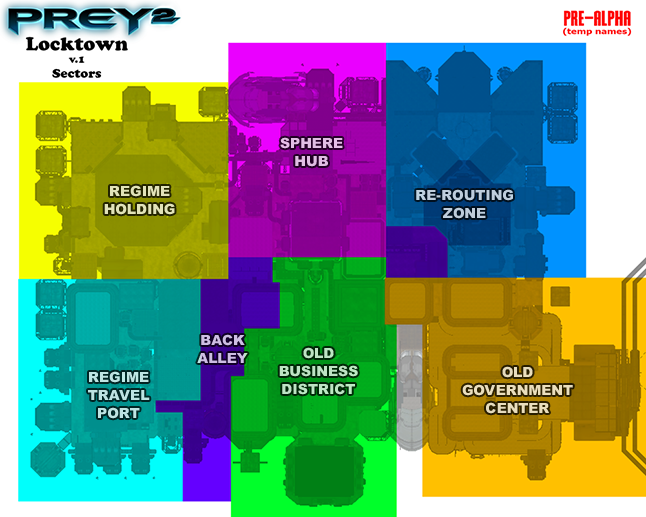 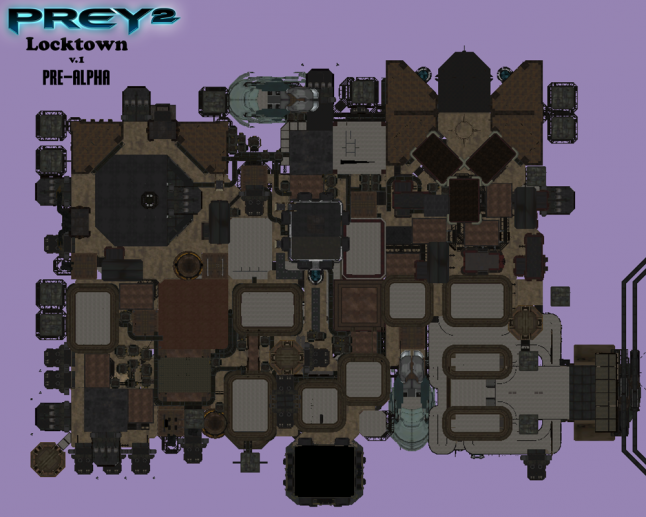 Underneath the blue “Re-Routing Zone” sector was a haphazard hideout of rebels living in shipping containers.  A secret network of sub-surface routes channeled through “Back Alley” connecting all neighborhoods in the left half of Locktown.  Some paths led to shady deals or vendors.  Some provide secret ways into buildings like the Regime Repair.  Rooftops were also accessible, letting the player leap across the skyline.

You had various ways to travel to other locations on Exodus. Train and Taxi were the typical ways, some were unique.  You could Portal jump to the ransacked Hotel, oppressive Manufactory, or Regime Complex towers.  Finding parts across Central City, you would eventually create your own portal in Locktown to leap into the War Sphere for the final chapter of the game.

Your Homebase in Locktown was up high, overlooking the Re-Alignment Center.  You would be able to fast-portal to all of your outposts in Prey 2.

Some unique locations included a Storage Rental facility.  You would’ve been able to hack the locks and crack them open for loot.  If you weren’t going to do a smash-n-grab and instead disable the security, you could find a secret Gadget vendor hidden in a back corner of the facility.

By infiltrating the two large Regime towers, you would port up from the lobby to the antenna arrays in search of key information to access the War Sphere.

Below are all the shops you could purchase items in or contact aliens to track down quest info.  The blue text locations were owned by the Regime.  Those along with City-System locations could be sabotaged to cause chaos, distraction, or draw out enemies.  Some vendors gave you specific upgrades, some gave you credits for things you found or captured. Some simply let you mingle with the workers or pilots and drink.

Someone released a bunch of pictures from the game years ago.  Thankfully some of them were from Locktown! 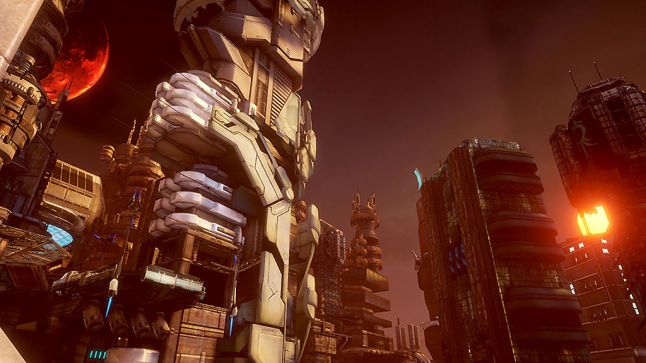 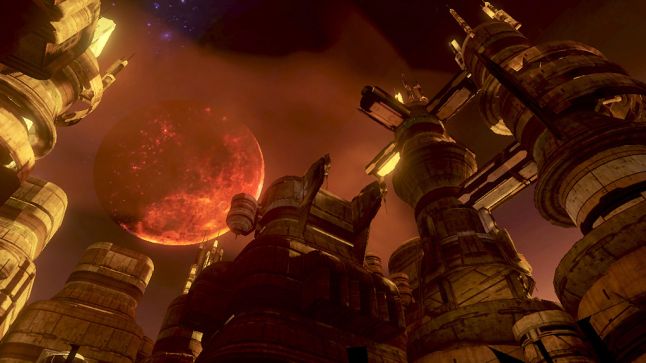 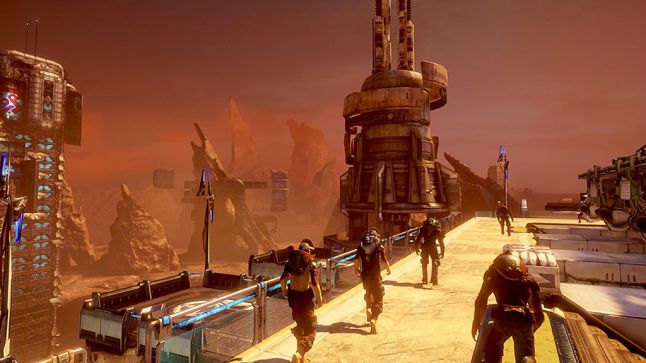 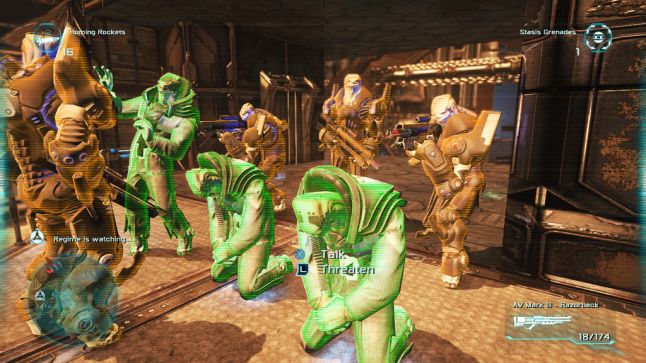 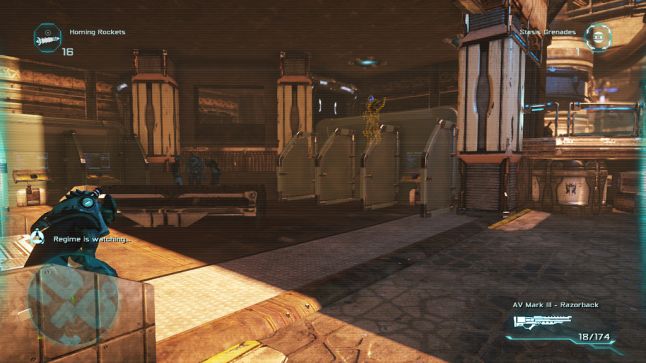 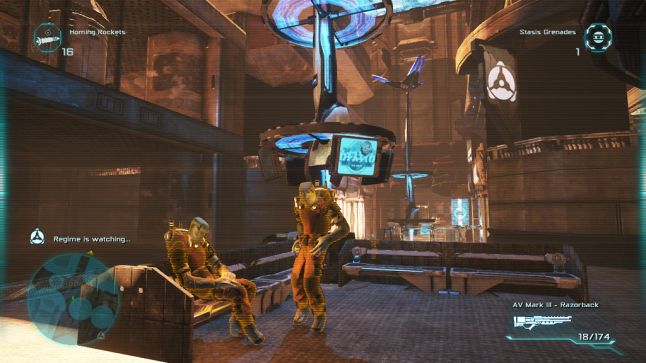 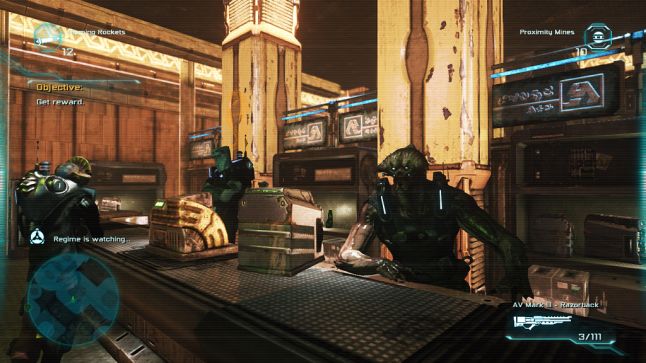 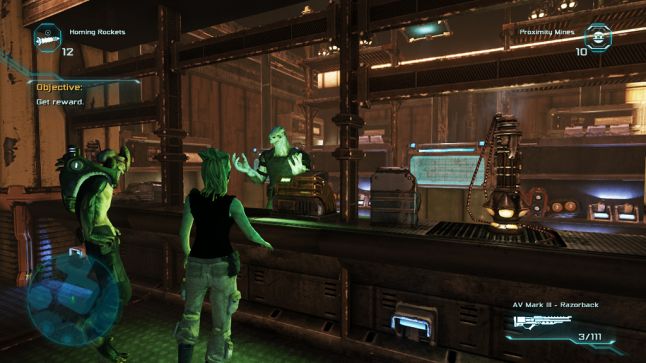 I found some more images I made for map screen reference.  It's animated to give you a better idea of the layered gamespace.

Blade Runner inspired several locations in the game.  One could be found in Locktown under the Travel Port docks near the desert ground… 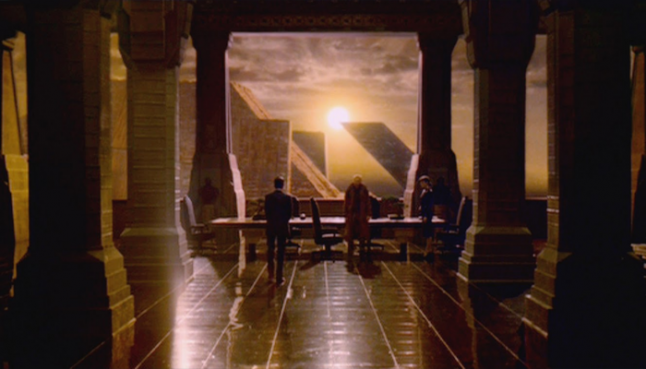 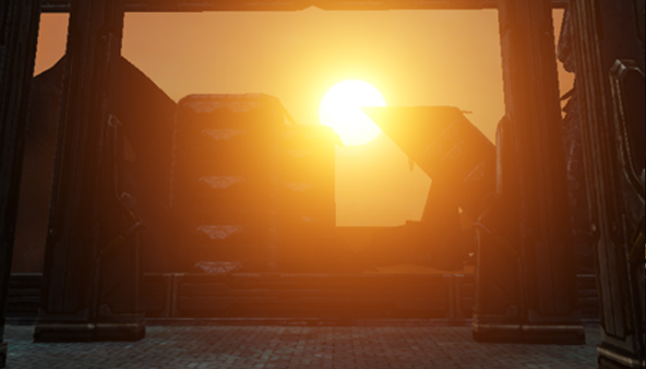 Another planned easter egg was going to be a mise-en-scène for fans of the first Prey.  Something similar to The Land of the Ancients.  When first arriving on Exodus it would’ve been a place Tommy sought solace.  Players would discover it was now abandoned by Tommy for unknown reasons (maybe for a DLC story!). 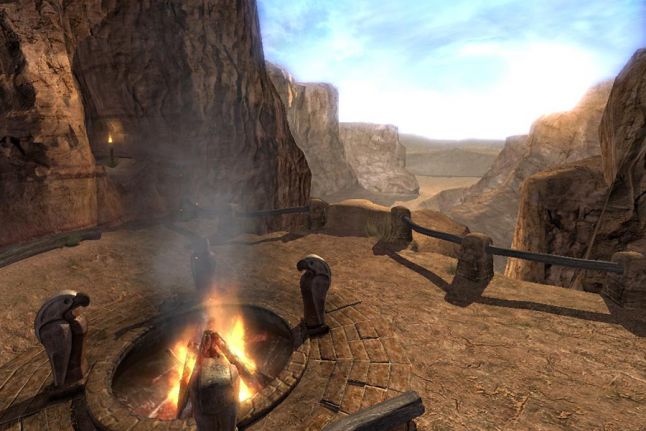 This post also appears on my website at CuriousConstructs.com where you can find larger versions of these images.