Exploring why people play as who they play as, and whether avatars are reflections of the self or a fantasy.
Jake Shapiro
Blogger
February 26, 2012

[EDIT 2/27: For those of you asking, this is not an assertion based on research. It's simply my opinion based on empirical evidence I've found in my experience with other people playing games.]

When you play a video game that lets you create your character, what do they look like?

Overwhelmingly, people choose to make the avatar their own gender and race. Searching for the reason why, one's first natural instinct is to think players create avatars that look like them to immerse themselves in the game. But you'll give your guy chiseled abs and a sharp jawline even if you don't have them.

The argument becomes people create idealized versions of themselves. This holds more water, but I'm not sure it fully explains why players almost never stray from their own sex and ethnicity.

Players change many things that aren't "ideal" for them: they'll give their character a neon blue mohawk or a handlebar moustache, but they still stick to their race and sex. Even in fantasy games like The Elder Scrolls that offer non-human species like reptilian and feline humanoid races, most gamers I've talked to avoid these groups on their first playthrough. 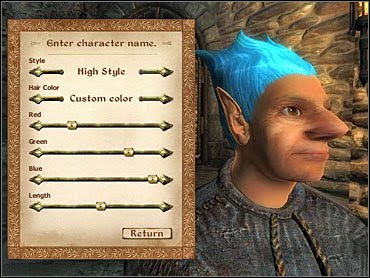 But as my girlfriend points out to me, "Sex and race are the parts of us that we can't change. Even if you don't have a blue mohawk, it would be possible to grow one; you just don't want one in real life. So with your avatar you can create this more outrageous version of yourself. You could never actually turn yourself Asian, though, whether you wanted to or not, and it would be weird if the 'ideal, outrageous' version of yourself involved you being another ethnicity."
It's a good point. But I'm not convinced "outrageous idealism" and subconscious ethnocentrism are mutually exclusive. It's no coincidence main characters in games with non-customizable avatars are predominantly white males; white males make up the largest demographic of both gamers and game developers.
Yes, there are a smattering of games with female and non-white leads, but the video game industry runs on franchises. The Price of Persia series is arguably the only major franchise with a recurring non-white lead, and it's a whitewashed version of Iran. The biggest single game with a dark-skinned main character was Grand Theft Auto: San Andreas, and naturally, it was a story of street gangs.
The only two major franchises with consistent female main characters are Tomb Raider and Metroid, and both of those series' sales are nowhere near the white male giants of Mario, Halo, The Legend of Zelda, and Call of Duty. Imagine if at the end of Halo 3, Master Chief finally took off his helmet to reveal he's black or Arab. How do you think the Halo-playing populace would react? 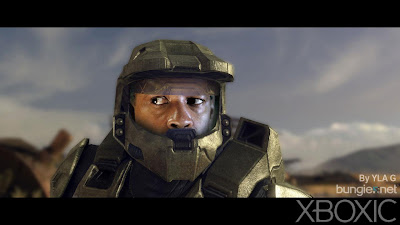 But back to games with customizable avatars. If you're a white guy like me, next time you play Fallout, try being a hispanic woman. See if it changes the way you think about your character or the way you react to events in the game.

I believe that deep down, we choose the gender and ethnicity we're familiar with because it's exactly that--familiar. It's comfortable to us. Video games are a unique artform because they allow us to personally walk a mile in someone else's shoes. You love walking in a pro athlete's cleats and a space marine's boots. Now try walking in heels.
Console
Get daily news, dev blogs, and stories from Game Developer straight to your inbox
Subscribe