Oculus' recent blog highlighting the new movement methods makes for intriguing reading, especially if you're a VR dev grappling with the problem of how to get people moving without making them sick.
Alex Wawro
Blogger
October 20, 2017

Hey VR devs, if you missed the news -- Oculus updated its SDK this month with a sample application that showcases 8 new (to Oculus, anyway), experimental methods of moving comfortably through VR environments.

Oculus' recent blog post highlighting the new movement methods makes for intriguing reading, especially if you're a VR game dev grappling with the problem of how to build a virtual world players can traverse without feeling ill.

This SDK update follows a pair of rundowns Oculus posted this year from collaborators at Crytek who have been experimenting with different methods of VR locomotion.

Some of the new, experimental movement methods seem logical -- giving the player "ski poles" with which to move the game world relative to themselves, a la The Climb -- while others are a bit more thought-provoking: poking holes in your game world to show a static world "behind" it, for example, or overlaying a parallel world that moves in reverse (see below).

"Another approach to eliminating the apparent locomotion is to provide equal and opposite visuals to the ones generated by the locomotion," reads an excerpt of the blog post explaining "Counter Optic Flow" locomotion. "Hence the VR world is moving, and a second version of that world is overlaid, and forced to move in the opposite direction. It is tinted another colour to avoid confusion over which world the user is operating in."

Examples (with source code) for each of the 8 movement methods are now available in the Oculus SDK for Windows, which devs can find on Oculus' developer hub. 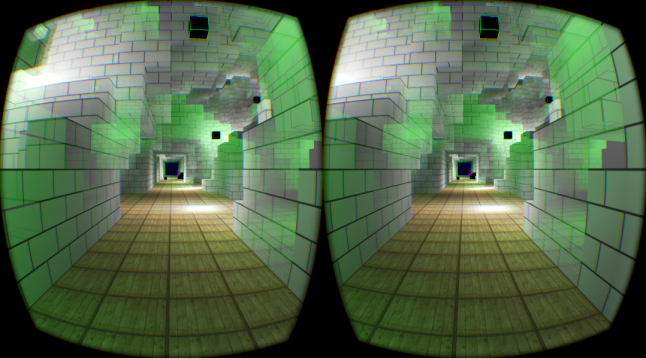 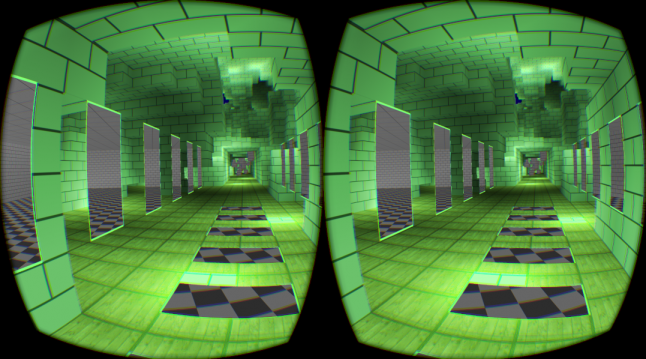