The use of micro transactions and DLC have become major debates. But today's post talks about the challenge of differentiating these two terms.
Josh Bycer
Blogger
April 17, 2013

The use of micro transactions and DLC have become major debates. But today's post talks about the challenge of differentiating these two terms.

A while ago EA announced their new plan going forward: That every game they will release will in some way have micro transaction content. Of course gamers took that news calmly and in silence.

Back in the real world there has been a lot of arguments about how some view this as horrible news, some as a necessity and lot of people saying that EA is evil... again. Personally I'm not a big fan of this as being old enough to remember when there was no such thing as DLC, patches or even saved games. The problem is that the argument over micro transactions is a big jumbled mess.

First thing is that we all need to understand the following point:

In my opinion I would define DLC as: Content that adds meaningful value to the game. Aesthetic or quality of life purchases don't count in my definition of DLC as you're not adding anything of value to the game. Now that doesn't undervalue their use or reason for buying them, it just doesn't make it DLC in the same way as new quests or expansions would.

Now defining DLC as that is an important point and distinction about EA's plans. As we mentioned, DLC and micro transactions can be an interchangeable term for a lot of people and that can make it tough to have a discussion about the values of the DLC.

Enhancing a game with new downloadable episodes or content can be great. Paying $5 or $10 for brand new content that wasn't going to be made otherwise is great value for fans of the title without forcing people who didn't like the game in the first place to have more money tied up in the purchase.

Let's face it; the games that are played the most are the ones with continued updates to them: MMOs, Team Fortress 2 and League of Legends to name a few examples. With these games, micro transactions vary between simply cosmetic pieces, to new items/champions that change your overall play style.

The important point is that the micro transactions in these titles will give you something that stays with you and never expires. Actual DLC in non multiplayer games works on the same principle: you are buying more content to supplement the initial purchase that once bought remains attached to your copy of the game.

Content in this regard while a part of the game's design, does not affect it -- in the sense that buying a new mission or costume doesn't make the game inherently any better or worse. And the designer should avoid force feeding the DLC such as the famous Dragon Age example where a person in your campsite was effectively a DLC advertisement.

Now if this is what EA was referring to: Figuring out ways to extend a game through continued development and support there wouldn't be a problem... Except they're not.

When EA talked about micro transactions from the news piece at the start, they were referring specifically to the act of allowing players to buy their way through games: bonus experience, additional ammo or what we see in Facebook or mobile games: wait or pay: Where the designers limit how much you can actually play at one time, unless the person spends additional money.

This was incidentally seen in a released mobile game from EA: Real Racing 3, where not only did the player had to buy the game, but was then nickeled and dimed to continue playing as evident by the review posted.

This kind of micro transaction design is very similar to arcade machines in how your money was not being used to add to the gameplay and once used up, your purchase was gone. Honestly, the option of spending additional money to get a leg up while playing any game doesn't excite me and it cheapens the game to me. 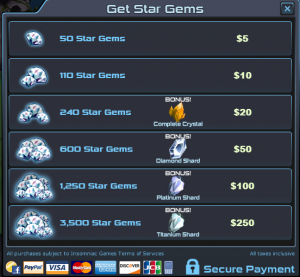 Micro transactions like these are short lived, designed to continually take the user's money.

The bigger problem that hasn't been discussed, is that if EA wants games specifically with micro transactions involved, what about the games that don't work under this model? Arcade design was very limited by the fact that designers had to adhere to metrics of continued profit from people putting quarters in.

In other words, games with more meaningful or unique gameplay were put aside in favor of those that could earn money better.

While the optimist in me thinks that EA wouldn't go out of their way to force micro transactions into their games, the pessimist thinks otherwise.  Also, if EA had to choose between funding a game with never before seen gameplay and a strong narrative, or one with multiple ways of micro transactions, which one do you think would be published?

While video games have always been a commercial product, there has always been a give and take: players give money and get a quality product in return. The act of finding more ways to raise the price while delivering less gameplay doesn't sit right with me and leads me to ask the following: "At what point are game prices supposed to go down?"

One of the elements that led to the game industry crash of the 80s was the downward spiral of game quality: As consumers stopped going to the arcades as they couldn't trust the designers to deliver on quality products. If more publishers go the EA route we could be sitting on the precipice of another crash.

The big difference though, is that given the quality out of the Indie market, we would still have games coming out, but for big publishers that could be another story.

One final point, I know that not everyone spends money on micro transactions and just like with social games, developers make their money on the "whales": the minority of players who spend big.

But just because that works, should not be an excuse to cut corners on quality. If the only way for your game to be profitable is to fleece money out of people, then you're doing a lot of things wrong.