Launching a successful indie game in 2018: The Moonlighter story

Javier Gimenez, CEO of Moonlighter dev Digital Sun, speaks to Gamasutra about how the studio funded and launched its first original game after years of being a contractor for other companies.
Alissa McAloon
Editor-in-Chief
July 05, 2018

Moonlighter is a game about growth.

The player begins the story as a shopkeeper who kills monsters in dungeons at night to get items to sell for his shop. Over time, he gets caught up in a narrative concerning the origins of said monsters, becoming a hero.

Javier Gimenez, CEO of Moonlighter dev Digital Sun, knows the story well. This is the studio’s first original, in-house release after years of being a contractor for other companies.

At the time of this writing, Moonlighter has almost 1,400 reviews on Steam, with 74 percent of them ranking positive. If we go by the ratio thought up by Jake Birkett of Grey Alien Games, then this equates to around 89,000 sales. It’s important to note that the scale can vary wildly and Steam doesn’t release sale numbers, so this may not be accurate.

Regardless of the actual number, this is a rousing success for the first original game created by a relatively unknown Spanish studio. This was after a successful Kickstarter (it raised around $134,000, which surpassed the initial $40,000 goal), interest from the Square Enix Collective community, and getting a publishing deal with 11 bit studios, which recently developed and published the post-apocalyptic management game Frostpunk.

"In some aspects it mimics us being a contract company doing games for other people, but actually dreaming about being an indie studio with our own game on the market," Gimenez said during a recent Gamasutra stream.

The path to Moonlighter has been long and sometimes monotonous, he says, but it was all deliberate. The path that led Digital Sun’s parent company WildFrame to making games of its own wasn’t typical. It didn’t just jump into making original titles. It built up a safety net, an audience, and relationships, all in an effort to follow dreams and make games.

At first, WildFrame was a small group of programmers and developers doing contract work for other companies. Gimenez recalls the endless runners and Flappy Bird clones that the company had to put up with making in its early days. However, that outsourcing work was (and continues to be) the foundation of Moonlighter. Not only did it teach the team how to build games, but it also allowed them to make some money. 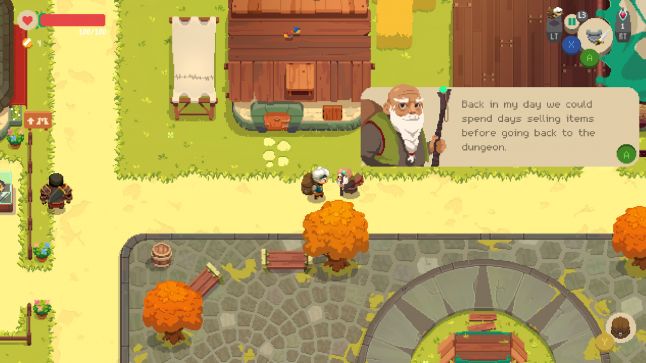 A lot of that money was funneled into basic costs, like paying employees, but some of it formed the backbone of Moonlighter’s funding. 11 bit helped with marketing, but didn’t put any money into the project and the Kickstarter campaign only raised around 25 percent of total costs.

To this day, Wildframe continues to be split up into four companies: two teams making games, its outsourcing contract studio and an animation studio (there’s also a VR division that currently isn’t too active). The infrastructure is rare for a game studio, but Gimenez believes it’s one of the reasons why they were able to make a game at all.

“The reason of doing this is mostly because having this Wildframe brands helps us get customers,” Gimenez explained, adding that it’s easier for audiences to trust a brand if it’s made up of four other brands. It’s a marketing trick, but he said it created the illusion of a company that knew what it was doing.

“Honestly when we were nine people and still quite a new company, then trust was a big issue. Right now we are larger and more stylish and we have more customers,” he continued. 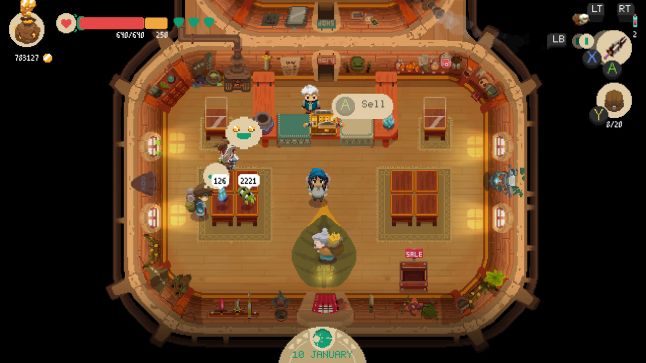 All four companies also share the same staff, which allows them to move around and focus on other projects when necessary. That allowed development on Moonlighter to continue alongside contract jobs. Gimenez said it was tough at first to learn where to prioritize staff, but it became easier over time. As the game picked up more steam through the Square Enix Collective and Kickstarter, management was able to move more manpower where it was needed most.

“As the game evolved a little more and after the Kickstarter it was much easier to say ‘hey you guys are going to work on Moonlighter,’” Gimenez said. “It was painful but we learned how to actually focus the developers’ efforts on Moonlighter because it was the most important thing for us.”

It’s why Gimenez didn’t take on a creative director role. He says he’s more of a financial and ideas manager who ensures that customers are happy. To him, having that separation is key to keeping the company balanced and operational.

"I'm not the creative director of our own games. I always want to separate that because it allows me to have a more neutral view of things,” he said. “I don’t see things with so much ownership even though obviously I see a lot of ownership in Moonlighter...it helps to have some distance.”

Getting to Moonlighter and to thousands of Steam sales was a slow process that focused mainly on building an audience. Digital Sun/Wildframe worked to build trust not only with potential consumers but with investors and clients.

The Square Enix Collective, a platform where developers post ideas for players to give feedback, was the first step. It’s where Digital Sun posted ideas about the Moonlighter prototype and received enormously positive responses. So when it was time for the Kickstarter, they had a built-in base of interested parties. 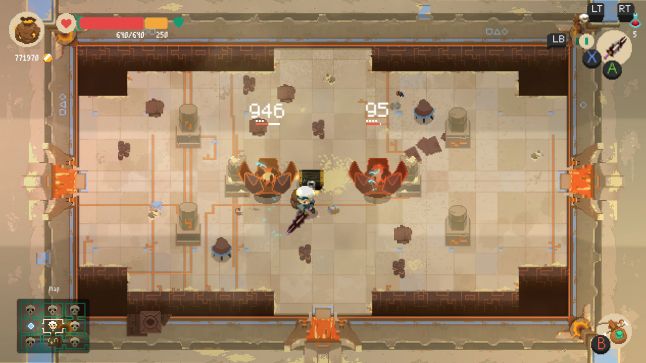 “For us, the Square Enix backing was super huge because they could write an email and three million people would receive the email and that did a lot,” Gimenez said.

As for running the Kickstarter, Gimenez suggested that in order to run a successful campaign, the game needs to be partially done. There needs to be evidence that you’re going to deliver something to the consumer.

“The game needs to be in good shape already, otherwise it's really hard to convince people the game is getting off and getting people to trust you. It's all about trust,” he said.

Having the backing of a publisher like 11 bit also helped to put Moonlighter on the map. The indie publisher has an established audience so Digital Sun would then have access to it. More importantly, it then gained access to its expertise. Gimenez said that his team learned about marketing, going to events, and even got advice on a key part of the game. 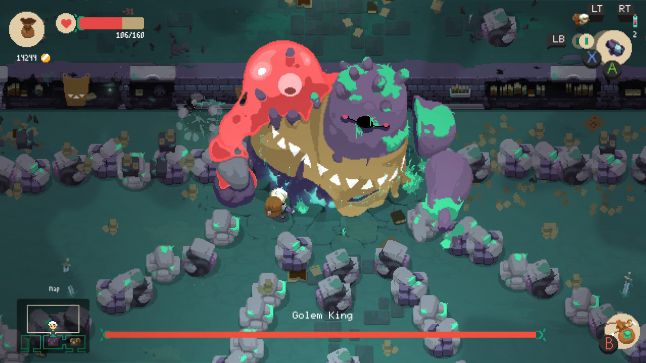 He doesn’t agree that every indie should follow Digital Sun’s example, but there are things that he thinks are helpful. Having a more experienced publisher is helpful on a developer’s first game, as well as having a financial safety net. Early Access wasn’t necessarily for Moonlighter, but its success, which exceeded expectations for the company, shows the importance of relying on others and making smart business decisions.

Gimenez didn’t begin his career in games. He was an entrepreneur with programming experience and a lifelong passion for games. He could start a business, but nothing stuck around for long. He wasn’t able to bring money from past companies over to Wildframe, but the experience was invaluable. It’s a philosophy that makes a lot of sense when considering Moonlighter’s journey to consoles and PC (and eventually Switch).

“Okay let's be realistic, let's be cautious about the money,” he said he learned. “We need to slowly build things.”