Inspired by 'Golden Age of RTS,' The Red Solstice 2 is strategy steeped in dread

The lights are out, and an encroaching uncanniness festers and brews in the dark corners of a derelict research facility. Although its winding corridors appear deserted, a bloodcurdling presence lingers in the shadows, haunting the building from somewhere unseen, but deeply, unsettlingly felt. A hideous anomaly lunges forward, its weird, wretched form wrenching itself into vile contortions as it hurtles headlong towards you, its unfortunate prey.

That scene was from a recent hands-on demo of The Red Solstice 2: Survivors, a game from Croatian studio Ironward. The Red Solstice is a top-down, isometric survival shooter series where you’re tasked with saving civilization from alien-induced decadence. The first game only had one level, which juxtaposed hardcore survival elements with a click-based traversal style and bulletstorm bedlam.

Hrvoje Horvatek, CEO of Ironward and lead designer on Red Solstice 2 tells me that the main difference between this game and its cult hit predecessor has to do with an increase in scale. As opposed to defending a single colony in just one mission, you're entrusted with protecting an entire planet in Red Solstice 2.

"We [also] added a strategy layer in which players will feel consequences based on every decision they make," Horvatek explains. These decisions are tied to options as disparate from one another as rescuing civilians, stealing technology, and saving a story character from imminent death. 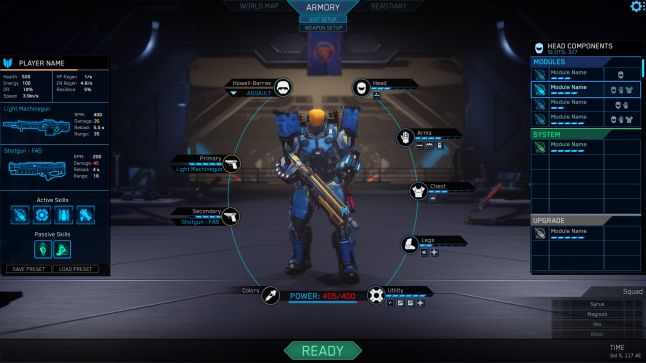 "This gave us the ability to create multiple layers of failure/success," Horvatek continues. "For example, you can go on a mission to escort a convoy, the convoy gets destroyed, survivors get out, you try to escort the survivors to the landing zone, they get killed, the mission goes complete FUBAR, and you barely manage to evacuate yourself. This was a failed mission, but since you didn't die you saved a ton of resources and got experience in the process."

This subversion of traditional fail states is intriguing, not only because of its riposte against game overs, but also because there are benefits to purposely failing. A selfish player could hypothetically sacrifice civilians in order to conserve resources, and while that's something people might generally try to avoid, it's fascinating that the option exists.

"This strategic layer also enabled us to have missions that are completely unique," Horvatek explains. One such mission is Surgical Strike, during which players are tasked with incapacitating a boss enemy. Another type is Hold The Wall, which is more horde-based, whereas in Hunt missions you're assigned a list of objectives to accomplish while being hunted by a strange alien colossus. "There are a total of seven types of unique missions right now and it's up to the player to choose how they approach those as they pop on the map," Horvatek says.

The other major change in Red Solstice 2 has to do with the curious anomaly hunting you, which Horvatek calls the biomass. "This ever present alien force consumes all in its wake," he explains. "It's basically a threat that spreads over time and changes the environment itself, and you will need to use explosions and flamethrowers to fight back, because if it manages to surround you, you will be in big trouble."

Horvatek tells me that their games have always been massively inspired by what he calls the "Golden Age of RTS." As it turns out, the first Red Solstice game was originally developed as a Warcraft 3 mod named Night of the Dead: Special Ops.

"It was a map about marines and zombies," Horvatek explains. "Since all of us in the dev team are big fans of Games Workshop's Warhammer 40,000, Starcraft, and specifically Aliens the film, it made sense to create something based on our inspirations and something that we all love." 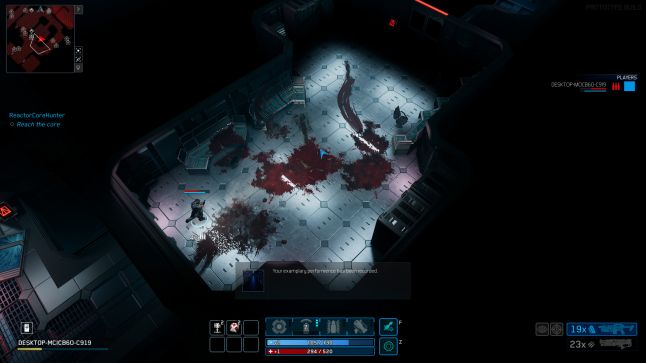 Horvatek built on this while breaking down the significance of the game's isometric view. "There’s something about that perspective that lends itself well to deeply strategic games, as we later saw with the MOBA explosion that almost took over the world," he continues. "It's something we’d like to stick with in our games, although we adapt it to be a lot more dynamic."

Although the first Red Solstice game also drew influence from Aliens, the sequel is where the inspiration will really shine, Horvatek explains. "We love the idea of marines getting hunted by something that is much more powerful than them and they need to tactically organize to defeat this common foe," he says. "It's that action-horror vibe that we like to give to players."

Horvatek tells me that the level I'm playing features one of these mysterious fiends, and players need to decide whether they want to flee or attempt to manipulate the environment in order to outwit the leviathan demigorgon. As I traverse the world's weird, unwelcoming spaces, I truly can sense the dread permeating through every pixel.

He also explains the game world, mentioning that it's built with semi-procedurally generated level design. "We believe that 50 percent of things need to be known to enable players to generate strategy and tactics, [while] 50 percent needs to be randomly generated, just to add an element of surprise," he explains. "That's why most of our levels will have some kind of randomization like replacing certain chunks on the map with others, different locations of missions, objectives, items, interactables. We never want players to feel comfortable, we always want there to be the omnipresent dread that the mission could go sideways."

In relation to the idea of consequentialism, Horvatek wants players to constantly be confronted with the results of their actions. "Hope, fear, loss, sacrifice and the satisfaction of a carefully planned strategy are the primary emotions involved in playing this game," he tells me. "We want the player to tell us their own story."

"How would you defend the planet and what actions would you take?" he asks, rhetorically. "How much are you willing to sacrifice?"

These aren't questions you'll have to answer alone though. Red Solstice 2 also places an emphasis on co-op, and Horvatek explains that you can even invite your friends to join your lobby mid-campaign. "Friends will join with their own technologies but will be bound by the rules of the host, which means that a group of friends can play an entire campaign together, or run multiple campaigns helping each other out," he says. "Regarding the combat phase of the game, there are eight complementary classes. Each has its own advantages and disadvantages. It's up to player to choose their style and master it." 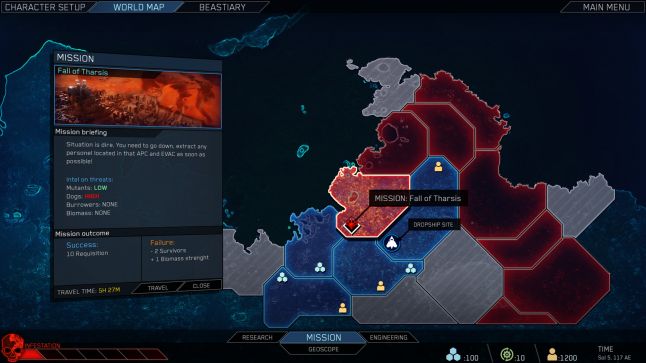 "For example, marksman is perfect for covering squadmates at long range, recon brings supplies to the main squad while staying stealthy and calls in various air support, demolition can break walls and use explosives to damage big and huge bosses, terminator is all about managing your power so you don't kill yourself in the process while creating havoc," he says. "We want players to work together and act as an organized squad in this world. I want them to get that feeling of bonding after they have completed a mission that seemed impossible, and then I want them to try that again."

Horvatek says Ironward never set out to develop a sequel to the original Red Solstice game, and the team only stumbled upon the possibility of doing so by accident. "Our previous project, which was abandoned, was Solstice Chronicles: Survivors," he tells me. Survivors was almost identical to Red Solstice 2 in some ways, he explains, but they're not the same game.

"At one point I was sitting with Renaud Charpentier at Reboot Develop and he asked me, 'Why don't you name it Red Solstice 2?'" Horvatek says.  "This is when Red Solstice 2 became an official reality, our vision became clear, and we basically focused on creating a perfect Red Solstice game."

"Many systems were changed, improved and adapted," he says. "Sometimes it's just like you knew it all along, but you needed someone to tell you to stop lying to yourself and focus on the obvious."

It's been a long journey from Warcraft 3 mod to Red Solstice 2, but the latter has managed to preserve and reappropriate qualities endowed with DNA from the Golden Age of RTS. Its immiscible inspirations are simmering in a melting pot, gradually coagulating into a co-operative horror experience that's fresh, inspired, and infused with a potent sense of absolute dread.