Ideas I Did Not Own

A story about letting go of a game concept I believed was unique and original, and the happy results. This one is from way back in the memory vault, folks... 8-bit and CGA!
Ted Brown
Blogger
October 28, 2009

I know it's tough for you, aspiring game designer.  You're boiling over with fresh ideas.  You can elaborate in great detail why an RTS, FPS, or RPG is unbalanced, and how you could do it better.  And you have some new concepts that are ready to go, ones that would make a great game, stuff no one has ever seen before.  If only someone would give you a chance, right?

I've been there.  Hell, I'm still there.  Everybody is.  But I'm not going to say your idea is not unique.  Sure, it probably isn't, but if you are an aspiring game designer, you won't believe me, anyway.  Ultimate self-confidence -- and a touch of hubris -- are very common amongst our people.

As an example, I'd like to tell you about an idea I thought was mine.  It's an inside joke among my friends that I am constantly coming up with "new" ideas that are released by other people.  The fastest turnaround time was about 24 hours, for a card game designed to teach people about game development.  [I mean, seriously!]  One idea turned into a missed opportunity that, as a matter of pride, stings to this day.  I even intended to write an article listing ideas I was giving up, but David Rosen just beat me to it!

So before some doppelganger ends up writing this exact story, I want to talk about the first "original" concept I ever concocted: Playing as the bad guy.

In 1989, I was 12 years old, and obsessed with Dragon Warrior.  In the car one day, staring at a map of the overworld, I noticed the proximity of the final castle to the starting town.  A journey between the two involved traversing entire continents.  Yet while the map was 124 tiles wide, these locations were only five tiles apart, separated by ocean.

I appreciated this framework for what it was: a clear goal, a method to increase play time, and a way to provide real satisfaction when making progress.  But when I looked at the distance between the castle and town, I had to wonder: why didn't the bad guy just park some Red Dragons and Armored Knights outside, and end it all before it started?  There had to be a reason, right?  Or else it wouldn't make any sense!  (how soon we lose the willing belief of youth!)

The types of monsters one could fight were firmly defined by the tile you were in.  The farther the tile was from the castle, the less impressive the enemies.  Furthermore, the less impressive the enemy, the less gold they carried.  A taxonomy had emerged!  (apparently, the game was covertly teaching me analytical skills)  Clearly, these monsters were getting paid!  And if they were getting paid, then maybe they got paid more the farther they went, which is why the bad guy could only afford to send the cheap enemies all the way to the first town!

My 12 year old logic was satiated, but a seed had been planted when I put myself into the bad guy's mindset.  Sure, maybe he could blow his gold on some dragons to attack the village, but then what?  Even at that age, I understood that games must have risk versus reward.  So I had to ask: what game was he playing?  What would it be like to be a general in charge of defeating a hero?

That was heady stuff for kid in 6th grade.  I felt like I had discovered a gold mine, secret to the world, that I could plunder at any time.  I thought I was rather ingenious. But instead, to quote Fight Club:

I had been satisfied with having a good idea, instead of following it through.  I didn't even bother writing things down; I was content to let the idea simmer and take shape in my head, confident it would be ready when the time came.

In 1997, eight years later, Dungeon Keeper was released.  The goal: Create dungeons that heroes try to raid, by keeping a menagerie of monsters on your payroll.  It was the essence of my "original" idea.  Though crestfallen, I recognized my concept had been just that: a simple perspective, albeit an interesting one, that had no depth or substance to it.

My knowledge of game history expanded as I got older, and I discovered something interesting.  In 1987, two years before I first pushed the Dragon Warrior cart into my NES, a game called Wizardry IV was released. 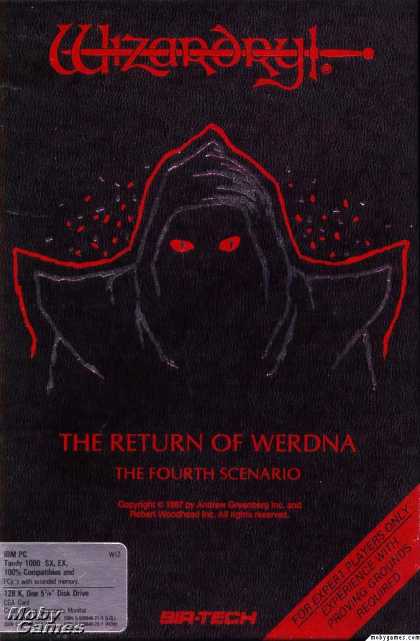 You played as the bad guy.

The fragile story I had constructed as a 12 year old boy, the inexplicable idea that I had been the first to breach a new and exciting territory, finally collapsed on itself when I read that.  It was a cathartic event.  Now, whenever I am "beaten" to getting an idea into a game, I just laugh, enjoy it, and appreciate that the concept was good enough to be thought of by someone else.

The takeaway is this: the world of game design is a continuum.  Wholly original ideas do have value, but are then simply stirred in with the rest.  To nail this home, realize that the creator of Dragon Warrior was directly inspired by Wizardry.

You don't have to be the first to make an impact, and the progress of others can better yourself.  Dive in, let go, and enjoy the ride.