How to Fight RNG in Game Design

RNG is a major part of keeping games from becoming stale, but good game design requires some way of tilting the odds in the player's favor, and there are several ways of doing just that.
Josh Bycer
Blogger
March 14, 2017

We've talked about the use of RNG or randomization in game design before. When it works, it can give a game a lot of replayability. However, too much RNG and the player has no control over playing the actual game. For today's post, I want to talk about how developers have found ways large and small to give the player a chance when the RNG Gods are not smiling on them.

Anyone who has played a game built on RNG will tell you that nothing is set in stone. You never know when a lucky item drop will save the day, or one bad fight ruins you.

As we've talked about, no game is built on 100% randomization. The reason is if the player has absolutely no control over winning or losing, then what's the point of playing? The tough design point is knowing just how much randomization you want in your game.

Some of the most replayable games released have randomized or procedurally-generated elements to them. Once again, you never know just how easy or hard a playthrough is going to be. An important tool for players and designers to use is understanding how to control or mitigate RNG.

There are large and small ways of controlling RNG that designers have used. Sometimes, these are extra systems designed to help someone with poor luck. Other times, we've seen games integrate mechanics that get around or downplay RNG's impact.

Starting with the former, the biggest example of this today would be from the CCG genre. Anyone who has played a CCG can tell you just how much RNG is a factor. CCGs have the added weight of RNG with getting new cards and what your hand will be for a match. 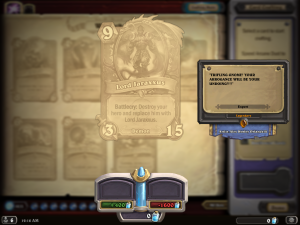 With older TCGs, spending $50 on booster packs and getting all duplicates meant $50 lost. Today, CCGs give you the option to "mill" extra cards for a secondary resource.

Hearthstone's "dust" or Gwent's "scrap" allows players to collect these resources to be used to create any card they want.

The rarer the card, the more expensive it will be. A milling system allows players to save up for that one card they want, and makes sure that money spent is never truly wasted.

Within the CCGs, there are cards designed to get you to draw specific cards in your deck. Advanced play in this case is setting your deck up to get the cards that you want by comboing off of other cards.

Moving on, there are rogue-like examples of games where RNG could be mitigated in some way, shape or form. The Binding of Isaac has several side systems in the game that can give the player bonus items and get around unlucky draws from the treasure room.

Rogue-likes with persistence elements can allow the player to make permanent changes to a character to help slowly boost their abilities. Another option is to provide systems that give the player more control over how the game is played.

FTL is completely randomized in terms of situations and fights, but it still relies on player skill to win the tactical battles.

Trying to get the balance between luck and skill down is never easy. Playing through the game Loot Rascals, I found myself having no real control over my success of the game. Sometimes, I got lucky with enough attack items to power through. Other times, I had no options other than to hope that the enemy's attack would be blocked or lose precious health. 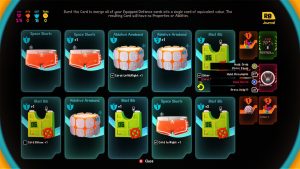 In this picture, I have very little offensive items to fight back against the enemies

Randomization is an essential part of replayability, but if luck is not on the player's side, then there has to be an alternative. For balancing reasons, sure things or options outside of randomization should have an extra cost to them.

In XCOM, the ability to do direct damage or ignore RNG were fix quantities per mission.

In Diablo 3, the option to make use of Kanai's Cube required a massive investment in terms of resources. The point is that those choices were still accessible by the player and could get around pure RNG.

The amount of RNG that's in your game will have an impact on replayability and difficulty. Getting the balance of RNG between luck and skill is tricky. The more unpredictable your game is, the more replayable it is, but if winning or losing is out of the player's hands, it can be frustrating to play.

Master level play in games like the Binding of Isaac is built around mitigating RNG and making it work for you; the same goes for XCOM. Getting the player to see those options is the tough part, and requires a good tutorial and explanation of systems.

Can you think of other examples of games that had ways of mitigating RNG?