"We printed out loads of reference pictures and we used these foam boards with inspiration for the levels that we could carry around with us when we hot desk."
Chris Kerr
News Editor
September 05, 2018

Whisper the words 'Monument Valley' to someone, and there's a good chance they'll start telling you how ustwo's acclaimed puzzle series was inspired by the mathematical, paradoxical drawings of Dutch artist M. C. Escher.

They'd be bang on the money, but the next time that happens, you might want to let them know that the title was also inspired by the likes of Nicki Minaj, RuPaul’s Drag Race star Kim Chi, and erm… liquorice allsorts.

In an interview with Milanote, Monument Valley 2 art director David Fernández Huerta revealed the sequel pulled inspiration from sources of personal importance to team members, meaning its visuals were influenced by everything from candies to international rap superstars.

"We drew a lot of inspiration from other artists and art history. What we are doing is something similar to an artist’s interpretation of something else. To change the meaning and make it our own," he commented.

"We wanted everyone in the team to be immersed in the art style of the game. So we printed out loads of reference pictures and we used these foam boards with inspiration for the levels that we could carry around with us when we hot desk."

You can see a few side-by-side comparisons below showing how some levels were shaped, and there are even more examples over on Milanote. It's well worth checking out. 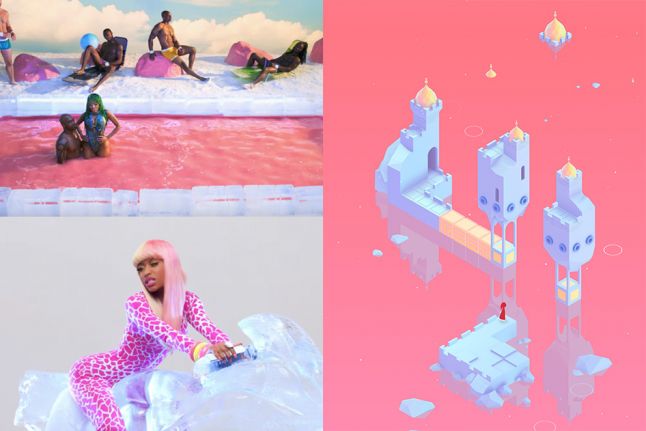 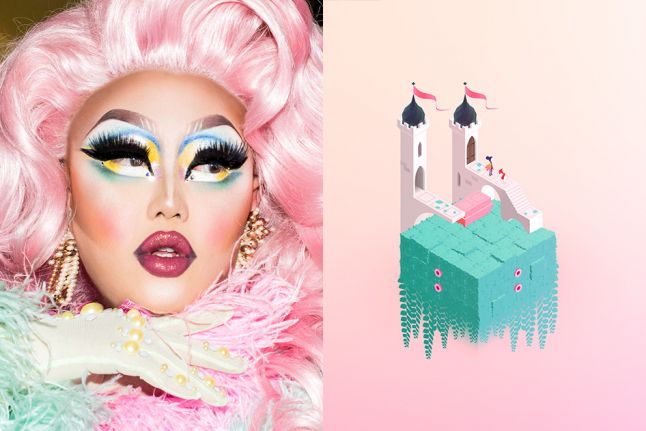