How TumbleSeed grew out of an '80s arcade game: Ice Cold Beer

"We've got to be true to the source material, out of love and respect for this awesome game that not a lot of people know about," TumbleSeed dev Greg Wohlwend tells The Verge in a new interview.
Alex Wawro
Blogger
May 02, 2017

"There are endless possibilities with a video game. You can add enemies, behaviors, nearly anything is possible with a video game version of this. That’s the thing that makes your heart beat fast."

- Game designer and artist Greg Wohlwend, speaking to The Verge about his excitement over building TumbleSeed based on the '80s Taito arcade game Ice Cold Beer.

TumbleSeed is a colorful new game that was released across multiple platforms this week by a group of game devs based out of Chicago, including game designer/artist Greg Wohlwend (Threes!).

The game identifies itself as a "rolly roguelike", and it draws heavy inspiration from a surprising source: a mechanical arcade game made by Taito debuted in the '80s as Ice Cold Beer.

While the similarities are clear if you've ever seen an Ice Cold Beer machine, Wohlwend acknowledges in a recent interview with The Verge that many people have never encountered one; and that the pressure to capture the essence of what makes Ice Cold Beer great raised some interesting challenges for the TumbleSeed team.

"We’ve got to be true to the source material, out of love and respect for this awesome game that not a lot of people know about," Wohlwend told The Verge. "You have to learn all of the lessons of the game: what’s fun about Ice Cold Beer? The rolling is not really what’s fun. What’s fun is the indirect control, the pathfinding, and getting to one place. There are these simple rules that we had to hammer into our brains."

He goes on to chat a bit about why he thinks more people should know about Ice Cold Beer (sample machine pictured below) and why it's important that mechanical arcade games can do something  video games never can: get rusted, busted, and otherwise worn in unique ways that players have to learn, on a machine-by-machine basis, if they want to play well.

It's a neat feature, and you can read the whole thing over on The Verge. 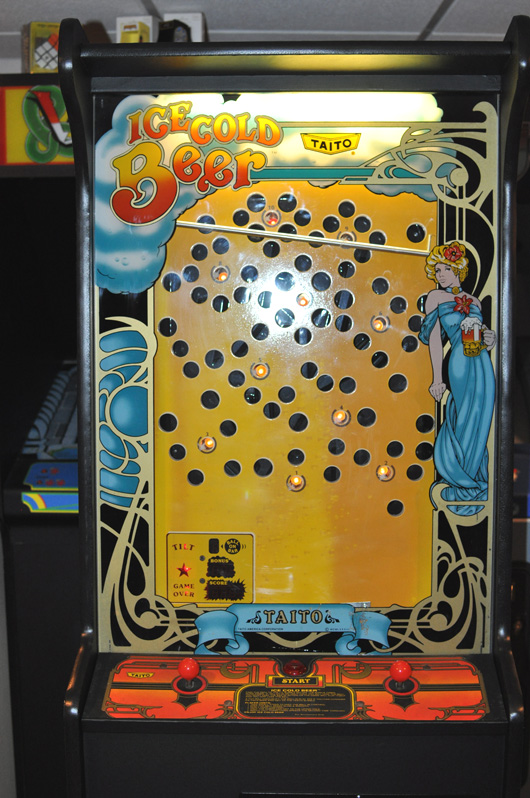