The point-and-click adventure game genre isn’t a place you expect to see much innovation, for a simple reason: most players will pick up an adventure game because they expect specific genre hallmarks -- great storytelling, clever puzzle design, and impeccable art direction -- and not any newfangled bells or whistles the developers can stuff into the genre’s overinflated inventory of party tricks.

Size Five Games is a developer that successfully manages to iterate on the formula in a way that feels convincing and, more importantly, worthwhile. For their latest project, Lair of the Clockwork God, the Size Five team set themselves a goal of having two changeable characters that are controlled with different movement styles.

Tasked with saving the world from all the apocalypses at once, the hero Dan can jump, dash, and hop on enemy heads in the style of a mascot platformer, while his partner Ben is limited in his abilities and must click around his environment using classic adventure game verbs.

This approach created a bunch of problems to solve, not only with how to pull off this dual control scheme, but how to design puzzles around these two different genre styles.

Their solution for the first of these concerns was to use a custom datasheet, interfacing with the Unity-based asset Adventure Creator for the line delivery. Meanwhile, constant iteration was key to tackling the puzzles and ensuring that they remained engaging enough for players.

To give some context, Lair of the Clockwork God is the follow-up to the traditional point-and-click adventure games Ben There, Dan That! and Time Gentlemen, Please! which focus on the fictional exploits of its developers Dan Marshall, and Ben Ward. This third entry into the Dan and Ben series proved particularly difficult though, with the title undergoing numerous revisions over its long development cycle.

“The version that's up is actually the third go at the game,” says Marshall (you can view an earlier version of the game here).“The first version worked well as a proof of concept demo, but at that time Dan and Ben were both platformer/adventurer hybrids, so it was a little weirder.” 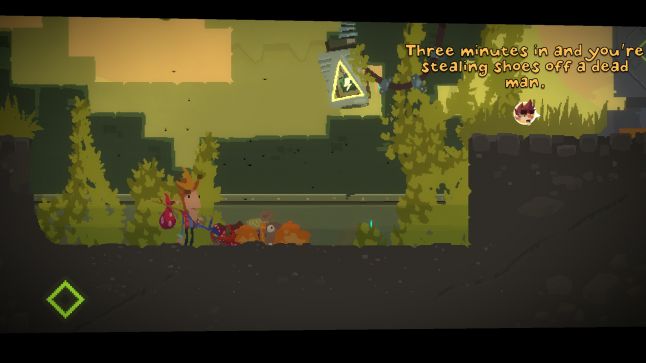 In this version, Ben can still jump, albeit with slightly less prowess than his shorter companion. But this would soon change. The decision was eventually made to differentiate the characters even further. Dan would behave like a typical platforming character, while Ben would be able to combine items and interact with objects using a targeted system that supplies a selection of verbs based on the context.

Under the hood, the two are still functionally the same platforming character, but they have a series of checkboxes designating what they can and can’t do that was built with custom code. The way this works is that each character has its own datasheet, which assigns what skills they can and can’t do, such as behavior like jumping or falling off ledges for instance. This custom code, however, is working alongside a Unity asset called Adventure Creator, as Marshall explains.

“A lot of the game is built about a hacked-around Unity asset called Adventure Creator,” he says. “That's what's handling a lot of the dialogue/puzzle logic, so the characters are tied into that, and are capable of doing everything the other is...they just choose not to!”

One of the problems of designing around this concept was figuring out how to keep the two players together in areas to avoid excessive backtracking. A way that they get around this early on is that they grant players the ability to piggyback as Ben on Dan’s back in order to move between different ledges and clear hazardous gaps without having to backtrack needlessly or switch between them.

Marshall explains, “It was pretty clear from one of the original builds that we'd need something that kept the two characters together. Walking the same piece of level twice got old very quickly, so we bumped the importance of piggybacking early on. That whole section went in relatively late in the day, it was one of the last puzzles sets to be designed and implemented.” 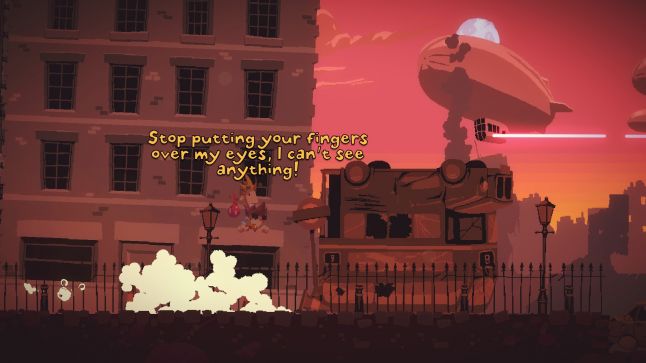 According to Marshall, this was initially just a thing that they decided to do to advance the plot, but over time they chose to put more of a focus on upgrading Dan’s abilities and to include more puzzles where the two of them play off each other in this manner.

Not only did this solve a fundamental design problem, but it also tied quite nicely into the ongoing gag about the two characters choosing not to perform certain actions to stay in character and getting on each other’s nerves.

The teleporting ability gained later on functions similarly, helping to eliminate examples of backtracking and letting characters zip across the map to one another. At first, this is accomplished through portals that need to be unlocked, but eventually both Ben and Dan are able to move around the map as they wish.

While the game often tries to keep the two characters together, there are some sections where they are separated momentarily from one another. This usually occurs within the emotional constructs, playable levels themed around each character’s emotion.

The first level, Joy, for instance, has the character Dan play through a platforming level styled after Green Hill Zone from Sonic the Hedgehog, while Ben is busy creating a disguise to trick some NPCs in the respawn center into letting him come back to life at the end of Dan’s level, similar to puzzles seen in Sam & Max.

“The decision to split by emotion came pretty early on,” says Marshall. “Thematically it fits: Ben There, Dan That! is all about the two of them traveling through portals to different dimensions, Time Gentlemen, Please! is portals to different timeframes, so this being a series of portals into these computer-generated emotional constructs. I think that was a plot-led decision, rather than anything that would specifically fit mechanics.” 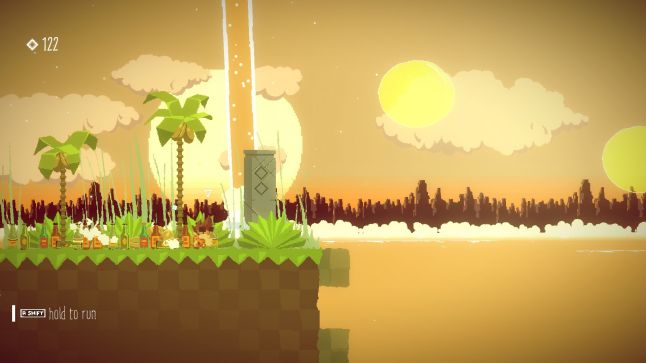 These puzzles were another aspect that required careful consideration. That’s why much of the puzzle design was done down at the pub – something Marshall refers to as both a “blessing and a curse”.

“We get the best ideas out, but then some sober idiot has to actually implement them,” jokes Marshall. “The game at its core is an old-school point and click, so that's where the bread and butter is. We tended to start there, and just have half a mind on how the platforming would fit into it all.”

According to Marshall, coming up with puzzles for Dan to do was one of the most challenging aspects. Puzzle design came quite naturally to the point-and-click sections of the game, but for platforming it was very easy for them to default to just centering everything around jumping, standing on switches, and pushing crates.

Luckily, they had a few other concepts in mind to help give these sections more variety. This included some moments based around stealth where Dan must hide in lockers, gravitational puzzles that remix the traditional run and jump formula of the gameplay seen prior, and environmental interactions such as being set on fire.

The result is a surprising development of the genre that balances the more cerebral moments of point-and-click puzzling with fast and frenetic action set-pieces through laser-filled chambers and spike-filled ruins. Interested in hearing what tips he may have for developers hoping to follow in his studios’ footsteps, we ask Marshall for any advice he’d give.

“Yeah, back off my turf, kid; get your own ideas,” he jokes. “But apart from that, I think the key really is eliminating the need to walk the same ground twice…Getting the two characters together as quickly and easily as possible…It also helps to keep the levels as small and tight as possible, you want them to feel like they're in the same space, and having huge sprawling areas kind of works against that.”