How EVE Online has evolved in the era of F2P

We chat with some recently-promoted leads of EVE Online to learn how the long-running space spreadsheet MMORPG is faring as it transitions to F2P -- and experiments with new "Abyssal Deadspace" zones.
Kris Graft
Publisher
October 02, 2018

It’s been four years since I last undocked, and I’m immediately greeted by explosions as a player’s ship detonates.

A terse “gf” – for “good fight,” proper dueling etiquette – pops up in the local solar system’s global chat, interrupting the wall of text from merchants hawking deals that feel too good to be true (because they’re scams). Elsewhere, someone has erected countless mobile structures just outside of a station, their icons spelling out… well, it’s either a recruiting advertisement, a way to mark territory, or they’re just killing time.

I’m finally back in EVE Online, and nothing has changed.

But everything has, too: back in 2016 CCP Games' EVE Online, the massively multiplayer online space opera with the famously brutal learning curve and single, shared server, became one of many to drop the subscription requirement and move to a free-to-play model that’s ostensibly friendlier to the curious. This past June, two longtime CCP developers were promoted to the position of creative director and executive producer. They have plans to steer EVE in new directions, but how do you keep a notoriously unfriendly 15-year old MMO game alive (and thriving) in the free-to-play era?

In light of their new positions and new updates to the game, Gamasutra chatted (via email) with creative director Bergur Finnbogason and executive producer Sveinbjörn Magnússon, to learn more about how they’ll lend their experience to guide an ever-evolving vision for the future of EVE.

Players are the lifeblood of any game, but EVE Online is different: every capsuleer coexists in a single shared universe, separated only by time zones and the distance between stargates. Over the last 15 years CCP has shepherded a singular spacefaring society, built on the mantra that players are the content.

"EVE is a social game and we do definitely want to grow the current playerbase. Going [free-to-play] was definitely a step in that direction."

In those spectacular battles EVE is so famous for, every ship destroyed, and every shot or missile or laser fired, was built, hauled, and traded by an individual. And for over a decade, those players turned over a few dollars a month directly (or indirectly, through in-game currency) to CCP’s coffers.

Today’s players balk at monthly subscriptions, and are flocking to free-to-play, “freemium” experiences that earn their coin on things like cosmetic upgrades, or temporary bonuses: think Fortnite, Paladins, or Warframe. Lowering the barrier to entry is a smart move for any game developer who wants to see healthy subscriber totals, and a game as notorious as EVE Online might do well to appear as friendly as it can. 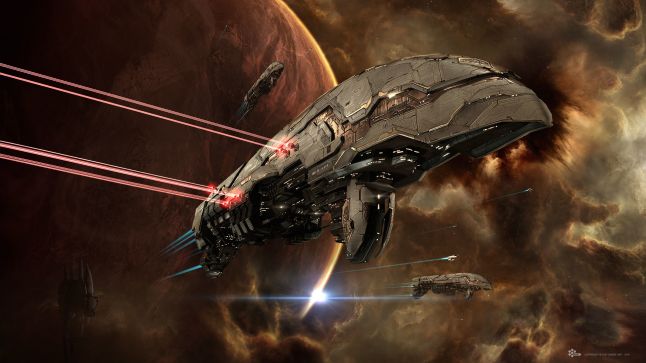 “EVE is a social game and we do definitely want to grow the current playerbase,” Sveinbjörn says. No matter what your playstyle, be it a mission runner or a resident of lawless zero-security space, there’s a place for everyone to contribute to the vast canvas that is EVE. “Going [free-to-play] was definitely a step in that direction and something we will keep expanding on in the future,” he continues.

With the move to a free-to-play model, the universe of EVE Online has been split between Alpha and Omega players. Some context: in EVE, players advance over time, literally, by accruing skill points. As minutes, hours, and even days or months pass, these skills grant them the ability to pilot more advanced ships, use exotic equipment, or manufacture items more efficiently.

The game’s skill trees reward specialization, to the extent that new players aren’t crowded out by veterans: after six years of play my characters can fly advanced ships equipped with top-tier gear, but that just makes me an attractive payday for newer players with superior tactics (or numbers) on their side. The free-to-play Alpha tier limits the ships you can fly, the skills you can train, keeping the most advanced items out of reach, while Omegas are subscribers; they’re playing the same EVE they always have.  So how do you build a universe-spanning empire on the backs of an underpowered, potentially transitory free-to-play population?

Just fine, apparently. The move to a free-to-play model “has attracted new types of players and has diversified the player community,” Bergur says. “With [the] introduction of alpha clones, our players have adopted a new doctrine where younger players have more of a role in the everyday activities of New Eden.”

I’ve been experiencing this first-hand. In groups, Alpha characters play much the same role newer players always have: you don’t need an expensive ship or a lot of fancy character skills to roam in a successful pirate gang, or hold another player in place while your buddies rip them to pieces. Alphas miss out on some of the fancier toys but the core, community-driven experience that makes EVE distinct is arguably more important, and still shines through.

As a returning player currently puttering around on an Alpha account it’s admittedly been a bit painful to dust off my old equipment and discover I can’t use most of it, having long passed the skill threshold. But I’ve found quiet joy in tackling challenges with fresh eyes. And as I find myself idly mulling over resubscribing, I realize how effective this free-to-play experiment can be.

CCP’s developers say that experimentation, and engaging with the playerbase, is what keeps EVE Online feeling fresh for new players and veterans alike. Those experiments are driven, in part, by player feedback.

“We are relying more on combining and comparing both analytical data and surveys,” Sveinbjörn explains. There’s nothing especially novel there. CCP’s twist comes in the form of the Council of Stellar Management (CSM), a group of players, elected by other players, to serve as liaisons to the developers.

The CSM has weighed in on a number of controversies over the years, as well as working closely with the developers to shape the direction of EVE Online. Abyssal deadspaces, a new type of content introduced in May this year, are a recent, interesting result of this approach.

"Abyssal Deadspace… gives us an opportunity to test out new types of gameplay that previously we’ve been quite reluctant to test out."

“The original concept [for Abyssal Deadspaces] and what we ended up delivering are two very different things, though the core DNA is still there,” Bergur explains. The concept is familiar, albeit wildly out of place in EVE Online: they’re single-player dungeons on a 20-minute timer, with randomized encounters to challenge a player’s skill and equipment.

But the developers have actually snuck in a petri dish for experimentation, under the guise of giving players content in bite-sized chunks. “Abyssal Deadspace… gives us an opportunity to test out new types of gameplay that previously we’ve been quite reluctant to test out,” Bergur says. 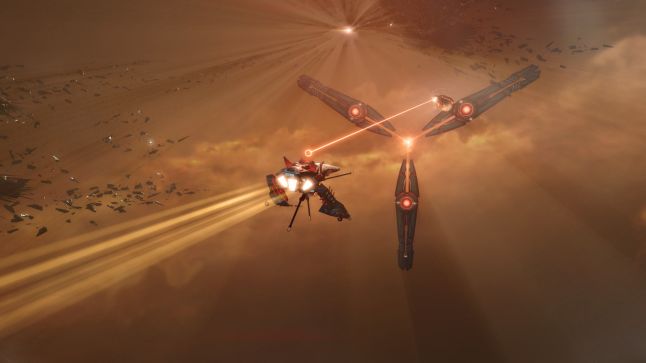 An abyssdal deadspace zone might feature more cinematic camera angles or “weather” effects that alter a ship’s behavior in strange ways, so CCP can observe how players respond, or how the game’s engine performs without upsetting the rest of the game’s balance. The changes experienced might not make it into the final product, but the knowledge informs future updates and interations.

“We’ve already tried out multiple new ideas and we should start seeing some of them bleed out to the rest of the game,” Bergur continues. And the players, and their democratically-elected council, where at the heart of this development. “The CSM input really helped us shape the concept to a point where it became as successful as it was,” he adds.

To implement this regular feedback from the player community, CCP also ramped up their update schedule. Like many MMOs, EVE’s development was once bookended by regular expansions, with major features (new ships, equipment, and activities, for example) arriving every six months. By 2014 that gave way to regular updates roughly every four to six weeks. 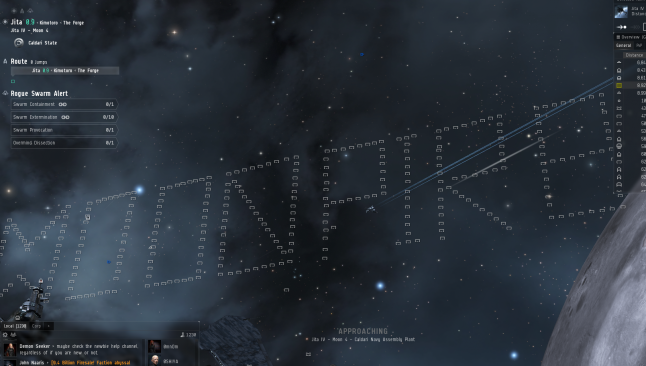 “One of the great things that happened when we went to the monthly release cadence is that it allowed us to really test out new ideas and iterate way quicker than before.” Bergur says. CCP can then quickly pivot based on player reactions, honing in on what keeps players happy.

In September, CCP was acquired for $425 million by Pearl Abyss, the developers of the free-to-play MMO Black Desert Online. Pearl Abyss CEO Robin Jung specifically cites CCP’s “incredible job of engaging and maintaining their playerbase“ as one of the reasons for the acquisition, and stated that the EVE Online developer “will continue to operate independently.” That said, while the influx of cash and the promised independence bode well for EVE Online (and its fans), the future is impossible to predict.

CCP has recently stepped back from the VR space, which makes EVE’s success even more important for the company. And the company hasn’t shared subscriber counts since March 2013, when EVE Online hit 500,000 subscribers. But the free-to-play model aligns with CCP’s culture of experimentation, and will continue to shape how the game evolves.

“We are constantly looking at the market and how it’s moving and what’s happening,” Bergur says. “We strongly believe that more players equals more content equals more fun!”