How history and society can inspire narrative design.

My name’s Nick, and I’m a freelance narrative designer, currently working at Wispfire, a Dutch indie studio based in Utrecht.

Herald, the game we’re currently working on draws major inspirations from both 19th century history and modern day social conflicts. As someone who joined the team at a later stage it was my job to completely envelop myself into the game’s vision, for I was to be put in charge of the marketing and aid with the narrative design.

In doing so, I learned some valuable lessons about how history and society can serve as powerful inspirations for narrative design.

Since I’ve started writing for my own games, I’ve become a proponent of the ideal that creators should look beyond already produced media for inspiration. Although movies, novels or art can serve as great inspirations, taking inspiration from either your own or other people’s history and environments can lead to refreshing and authentic results, especially when designing interactive narrative. Games such as Lucas Pope’s Paper’ Please or Carboard Computer’s Kentucky Route Zero are, in my opinion, great examples of works inspired by yet unfamiliar content for games. The harsh cold-war aesthetic of Papers Please is matched only by the relentless dilemmas the player is confronted with. And although Kentucky Route Zero’s surrealistic bear-filled moments might put its reality in question, its farmhouses, mines, gas stations and antique shops were all inspired directly from areas found in the Bluegrass state.

These personal inspirations aren’t just reserved for the game’s setting or aesthetics; Minority Media’s Papo & Yo is an interesting example of how a game’s dynamics can illustrate an abusive relationship. Although it’s latin-american inspirations result in a beautiful and colorful art style, its main strength lies within its metaphorical gameplay. Having experienced similar relationships, Papo & Yo’s was one of the first game which resonated on such a deep level with me.

Just to provide some context: Our first game, Herald, is a choice-driven adventure game about the 19th century. Think Downton Abbey meets Telltale Games, with some elements from a visual novel.

It’s set during an alternate 1857, in which the west has been united under the rule of one empire: the Protectorate. You play Devan Rensburg, a man born in the colonies of the East, but raised in Protectorate-controlled West. You have boarded the Herald, a ship sailing for the colonies in the hope of finding your roots. 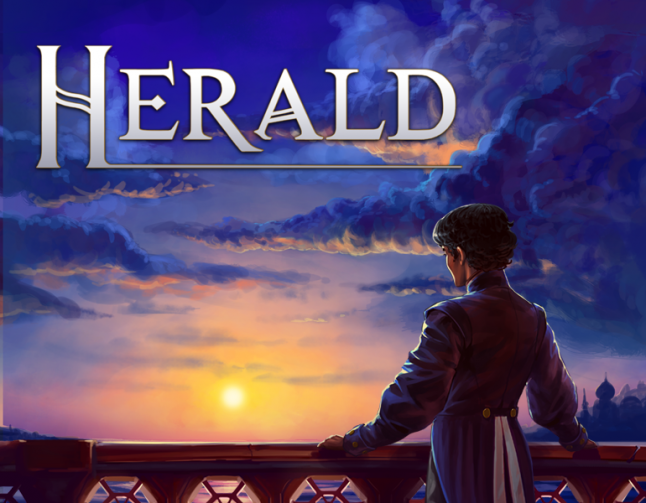 We, the developers at Wispfire, were all born in The Netherlands, a country known for its diverse and tolerant climate. Nevertheless, issues surrounding immigration laws, the popularity of the far right-wing politician Geert Wilders and not to mention, the recent horrendous actions of religious extremists have brought this multicultural society under scrutiny.

Personally, I’ve always found the concept of multiculturalism a somewhat double edged sword. While the idea of all these different population segments in a country sharing their cultures and living a happy life together might seem really great in theory, clashes are inevitable. While some aspects of a culture might work well together with another, there are often many which don’t.

While doing research on multiculturalism, the team found the 19th century to be a very interesting and unique time period. It was an era which greatly influenced society through mass migration of cultures, laying the groundwork for the multicultural society we live in today, but also resulting in many conflicts which still bother us.

There was another element which piqued their interest: cultural imperialism; imposing a more ‘powerful’ culture’s values onto a ‘weaker’ one.

I started watching some documentaries about Colonial India and got some really interesting examples.

For instance, during the period in which parts of the Indian subcontinent were under rule by the British Empire, changes introduced by the British, such as outlawing Sati (the ritual burning of widows) and child marriage, were accompanied by prohibitions on Indian religious customs.

Though the burning of widows might seem horrendous to us (and probably the widows) it’s important to note that while cultural imperialism can in instances help improve a society, this will usually be at the cost of their own cultural identity. Many in India saw this as a step towards a forced conversion to Christianity, leading to a massive backlash, and eventually, open rebellion against the British.

History can offer all the inspiration you need when it comes to creating crafting a story. And while conducting research, the team got an idea. Instead of having multiple nations competing for power, there’d be one empire, ruling most of the West, and steadily taking control over the East: The Protectorate. 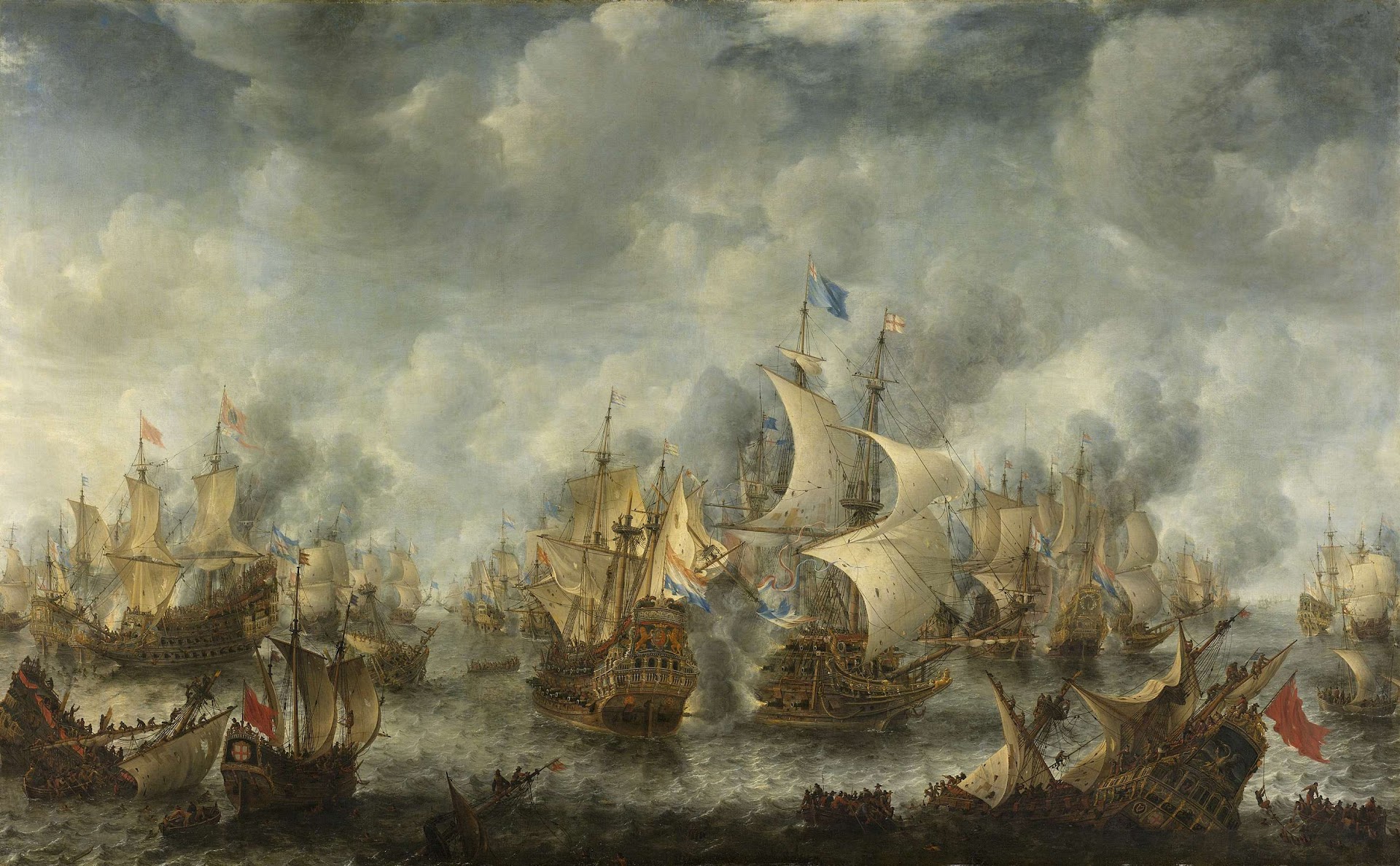 It didn’t take long to find a historical event from which to split an alternate history. All throughout history there has been much evidence of noblemen and kings striking deals in the dark. The Netherlands was no exception. By changing a few factors we were quickly able to find a plausible explanation for the existence of The Protectorate, an empire formed after the British and the Dutch joined forces in the hopes of forever ridding the world of monarchy.

This ‘what if’ scenario gave us the opportunity to portray a type of cultural imperialism not only affecting the colonies but also the nations of Western Europe. I also feel it gave us the chance to explore how forms of democracy or elected officials can also lead to a dictatorial government.

And it’s not just the setting and theme for which you can find inspiration. While writing choice-based narrative, it’s important to design choices which deal with interesting and authentic dilemmas, rather than having players choose between obviously good and evil sides.

When it comes to designing consequences for your actions, I believe this type of media works best when you focus your efforts on making the choices itself interesting, rather than the consequences resulting from them.

Though the consequences of your actions definitely help maintain the illusion that you can shape the story, production reality means that they can’t ever be more than that: an illusion. If actual consequences are what you’re looking for, then design systems or simulations, not choice-based narrative. The actual strength of choice-driven narrative doesn’t come from choices and their consequences, but rather from the context in which they are presented. They offer the possibility for players to immerse and express themselves within the world, forcing them to think about the subject rather than just witnessing it.

The personal story of the main character, Devan Rensburg, or better put, the interactive story of the player, was inspired by the conflicting values prominent during the 19th century.

Devan is of mixed-heritage. Remember how I mentioned cultural imperialism can have both good and bad effects? Devan’s dialogue options allow players to express their own views on this subject. Players can opt to be pro-protectorate, anti-protectorate or neither. Rather than crafting a story which provides a single viewpoint, providing the audience with choices gives them the opportunity to provoke thought on more deeper levels. To achieve this, we should see it as our job to craft authentic responses that help illuminate these otherwise complex subjects.

(For those interested in my other work, here’s my graduation project, an IF I made in twine: http://student-kmt.hku.nl/~nick5/twine/thepassenger.html)