Creating a massively multiplayer online game with a persistent world, physics-based combat and complex open-world flying mechanics would be difficult enough with a 100-strong team of talented developers. But four years ago, Bossa Studios set out to do it with less than a quarter of that.

The result was Worlds Adrift, a multiplayer sandbox all about building your own airborne ship to swoop around procedurally-generated islands, and it sailed into Steam Early Access in May.

It’ll be at least another 18 months before it releases in full, but the fact that it’s finally coming together—and generating positive reviews from players—is a badge of pride for Bossa.

So how did it create something so great in scope with such a small team? Would it do anything differently if it were to start over? And what was it like being the first studio to build a game with Improbable’s cloud-based SpatialOS?

Studio founder Henrique Olifiers says that he never wanted the team to be bigger than 25 people when Worlds Adrift was being built—an “artificial constraint” designed to harbor creativity. Throwing more money or people at problems would’ve been an “easy way out”, but he believes the most interesting solutions come “when you’re working with limitations that push you”.

According to Olifiers, solving such a challenge required individuals to take risks, speak their mind, and test inventive solutions to the issues they came across. To encourage that, the team was set up with a “very flat” structure in which developers felt “empowered” to make decisions and were never “guessing whether their work [was] right or wrong”.

That also gave everybody confidence in their colleagues, and the lack of complex hierarchy meant that decisions were made quickly and without dispute. “It makes a huge difference as to what you can execute in a short time frame,” he says. The team still has a similar structure, but has expanded beyond 25 people.

"Players take these pieces and put together crazy designs, compound structures, and other people download them and come up with new designs. It’s like LEGO pieces. We’re able to focus more heavily on solving technical things."

Throughout development, Bossa Studios has called on fans to help create Worlds Adrift, and it started when the team decided to procedurally generate the game’s islands. That involved creating a tool so that its level designers could craft some sample islands that an AI could use as templates.

After creating that tool, the team released it to a “few dedicated passionate fans to make islands as well”, says producer Herb Liu. They were impressed with what fans created, and eventually released the tool more widely on Steam as the Worlds Adrift Island Creator, which is free for everyone.

“People love it so much that we could fill the world with just heir manually crafted islands,” Liu says. More than 10,000 islands have been submitted so far, and the team sets aside time every week to check through the new ones.

It would have been “cheaper and easier” to procedurally generate the islands, but letting players create them means they “feel authored…like they have meaning to them”, he says. The islands only got better as the team made the island creator more powerful, often off the back of players requests. 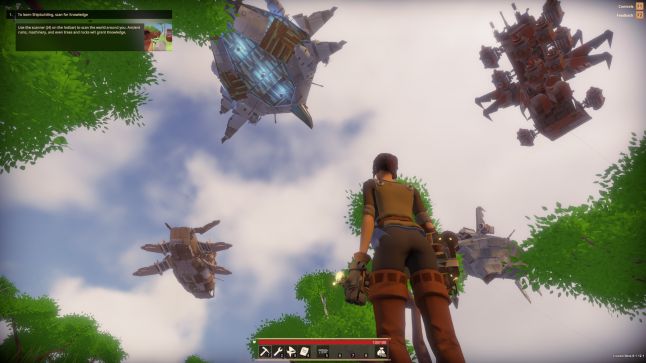 For example, early on players couldn’t decide where to place rewards, so Bossa added that functionality. It was a “risky” move, Olifiers says, because players could’ve simply visited their own islands and claimed the treasure. But that didn’t happen, “just like the quality of the islands didn’t happen to be bad to begin with. Players have kept surprising us every step of the way with how positive and how proactive they were. We were always surprised with how much better it was than our best-case scenario.”

The involvement of players means the studio is set up with more coders and fewer artists than a regular developer, Liu explains. “We don’t have to make 30 types of buildings, players take these pieces and put together crazy designs, compound structures, and other people download them and come up with new designs. It’s like LEGO pieces. We’re able to focus more heavily on solving technical things.” 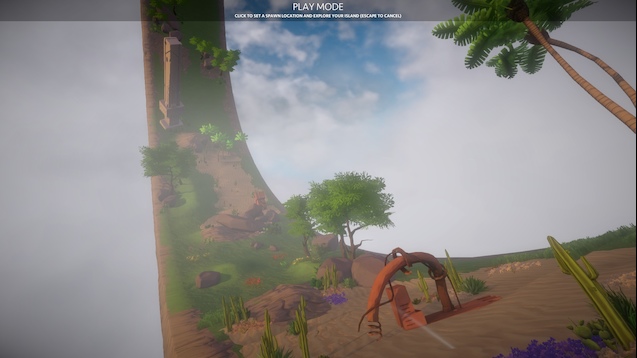 Bossa has embraced player creation across the game: for example, early discussions about ships revolved around a set list of classes and designs. Olifiers says the “obvious decision in retrospect”—and what the team eventually settled on—was to let players create their ships piece-by-piece from a selection of individual parts.

“We now have an infinite number of ships that behave in different ways and interact with each other in different ways,” he says. “By allowing players to take control, it allowed the team to focus on developing systems and mechanics that would encourage player creativity.” The team also regularly chats to “power users” about planned changes, and their feedback helps shape design decisions.

But giving power to the fans was not the easiest decision. At first, the team was “very tentative” of letting players create content, Olifiers says, because they hadn’t seen or experienced it before. It took at least a year before they were ready to give players near-complete control over their islands.

“It was very organic. I don’t think anyone in the team thought it was a bad idea, but we didn’t know how much to let go. As players started to do it and asked for more control, we started to ask ourselves ‘should we?’, and the answer was always yes.” Ultimately, the team was convinced because of the quality of what the players were making, and the “alignment” with the vision the team had for the game themselves. 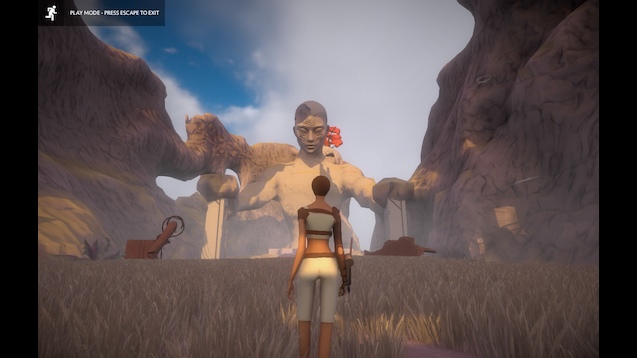 Liu adds that the team recognizes that some players simply know things that the development team doesn’t, so they’re happy to lean on fan expertise. “Some hardcore players are playing 40+ hours a week, they’re doing high level PvP or high level solo play much more than we could. So they’re explaining how certain intricacies of the game resolve, and that’s a really valuable perspective.”

Handing control to players wasn’t the only development unknown that Bossa plunged into head-first. It was the first studio to partner with Improbable on its Spatial OS, a platform that connects servers in the cloud. Improbable built it to allow multiplayer games with huge populations in persistent worlds, but it was completely new at the time, which meant that it was being built alongside Worlds Adrift, often to Bossa’s specifications.

Olifiers describes it as “building the tracks as we arrived with the train”, and says that it was “very, very hard” at times. “Sometimes it was frustrating, but sometimes it was a celebration because we overcame a problem that we didn’t think would be possible,” he says. 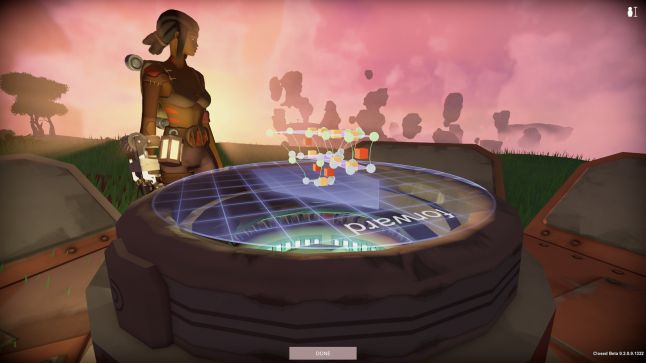 It was especially useful for helping the team create a reliable, expansive physics engine that gives players instant feedback for their actions. In Worlds Adrift, players are firing cannonballs that impact individual parts of an enemy’s ship, which itself is already being buffeted by the wind. Ensuring the action happens seamlessly is essential, and through Spatial OS the team could create “independent physics servers handing over responsibility between one and the other flawlessly”.

“As a player, if I fire a cannonball, it flies from my ship to yours. But in the background, it left a server and continued its trajectory through a different server to hit you," Olifiers explains. “It sounds silly, but it’s one of the hardest problems to crack in online gaming. One millisecond of discrepancy between two servers effects the physical result.” In Worlds Adrift, as many as 450 physics servers are talking to each other at once – and it’s “one of the things SpatialOS does very well”.

When I ask Olifiers what he’d do differently if he were to start over, he says he’d embrace player-led creation earlier, and urges other studios to get fans on board as quickly as possible. “I don’t know anybody that has [developed with the help of players] and gone back. That tells you everything you need to know,” he says.

“Think about how to work closer and more openly with your players and you’ll be rewarded.” It’s still a long road ahead for Worlds Adrift, but it’s clear that players have been, and will continue to be, the driving force behind its journey to release.