How Arthurian tragedy drives the design of Pendragon

For many Westerners the tale of King Arthur is most embodied as the tale of a rising hero, destined to be the divine steward of England. Arthurian scholars know that there's more to the story, that the tale of Arthur ends in tragedy that mirrors its hopeful origins.

That tragic DNA has been the foundation of a number of well-told tales, including inkle's new Arthurian strategy game Pendragon. For this new entry from the narratively-minded studio, inkle took the task of making a roguelike strategy game that closely links narrative choices to unit abilities.

If a character in the story makes a particular decision, not only will it send them down a different set of narrative conflicts it will impact what tools they can use to resolve them.

Narrative director Jon Ingold and senior designer-developer Tom Kail dropped by the GDC Twitch channel a few weeks ago to discuss Pendragon's design and development, here are some of the lessons they learned developing their own take on the story of King Arthur.

Before Pendragon took life as a procedurally narrative adventure, it was a grid-based prototype cooked up by Kail as a thought-experiment around strategy games. While most strategy games have evolved to support complex ability-driven systems, Kail's goal was to get back to the basics seen in games like chess.

In Pendragon, units can only move one square at a time, (either horizontally or diagonally), and instantly capture units once they begin their attack. It's a responsive system, one that needs far fewer menus than the modern strategy game, but Kail said the goal was to try and develop a game that was less "solved" than chess. He wanted the game's strategy to feel like a puzzle, and not like a set of patterns a player can reliably execute.

As Ingold explained, "I remember that was always a metric, that was the pillar of the strategy game, my puzzling. 'Am I getting an interesting decision to puzzle over with this game, or am I just looking for a pattern?'" 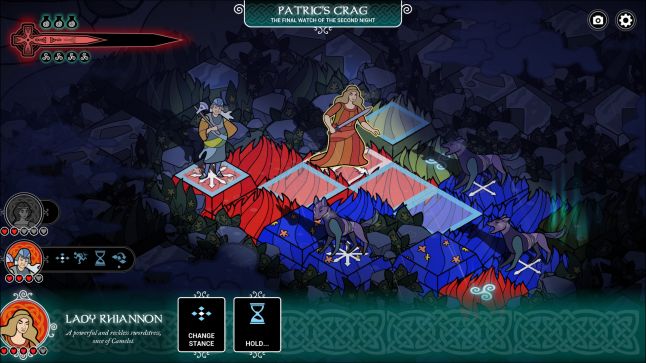 Ingold joked that because Kail was so fundamentally good at his own game, he was able to quickly identify and shoot down rules that lent themselves to being "solved patterns," because they'd often be the most reliable way to win the game.

During this time of rule-building and grid analysis, Ingold apparently joked that "you couldn't possibly layer narrative on top of this." Which apparently, led him to propose that Inkle do exactly that. Now, Kail's original system acts as a set of boards that narrative events proceed on, where combat and dialogue can be resolved using the same tools: navigating the stalwart heroes of Arthurian lore across the board.

Tragedy is Comedy Minus Time

Pendragon takes place at the end of Arthurian folk-tales. Camelot has fallen, the Knights of the Round Table are scattered, and Arthur's son Mordred is about to succeed in finalizing his coup d'etat. Instead of playing out The Hero's Journey, inkle's new heroes are protagonists in a tragedy, doomed to fail with every death the player puts them through.

But for Ingold and Kail, that's a good thing. To them, the tragic end of the Arthurian age made good fodder for a narrative experience that can be played in short sessions. Player psychology around death and failure turned out to be an interesting problem for Inkle.

"The problem with failure, and it is a drastically serious problem from a narrative point of view, is that the minute that the player fails and tries again, the narrative dies completely," Ingold explained. "There's one solution to that in current games, which is the time loop solution. You just go 'well, we just do the whole level again. And that's that part of the narrative.' And it's fine, but not every game can be a time loop game."

But of course, how do you make failing feel good? Elsewhere, Hades is tackling the same territory with its narrative progression. In Pendragon, one tactic was to introduce a "flee" option, where players could avoid death to get one last chance at staying alive. This in turn, drove a part of the character ability system, where different player choices result in them having different abilities.

When players flee the battle, or are otherwise cornered, they might feel that it's the end for their run. But Ingold said that inspiration for including player abilities came from a rewatch of The Lord of the Rings films. In Return of the King, when Arwen declares "I am no man" and decapitates the Witch-King, Ingold said inspiration struck. 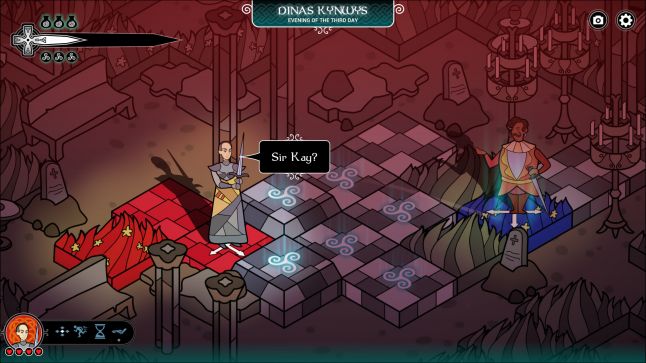 "I love that thing of heroic figures having a call to arms...that idea really resonated for me because it kind of connected the mythological tone to the board game."

"That brought me to think, what gives you a rallying cry? It's you declaring your love for someone, it's that you're losing, or you've lost your lover on the battlefield."

It's a system that skillfully contrasts the game's overall tone, and gives players reasons to experiment with their normal conceptions of victory and defeat. Instead of pushing to kill every enemy in every grid, moments like these can drive them in other directions, to tell a different kind of tale than the one they told before.

There's another element to Arthurian tragedy that hung over Ingold's head as he wrote this particular tale. Ingold explained that the story of King Arthur is "imprinted on the British psyche," and to a different measure, the American one as well. To some, King Arthur represents what leadership should be in Western government, the notion of a just, noble, and fair authority that works to provide equal opportunity for all.

In making Pendragon, Ingold found himself thinking back to The Once and Future King, a modern Arthurian adaptation that compared Mordred's rise to power with that of the Nazis. Today, both Britain and America have seen the rise of a new far-right, and are run by governments that, to many, have eschewed all arguments of justness or fairness.

When games adapt old folk tales, they, like other storytellers, often struggle to make sure those folk tales have relevancy in a modern, changing world. Though Pendragon's setting is still all swords and chivalry, Ingold hopes that players will take something away from the experience that speaks to their modern world.

"The goal of the game is not even to save Arthur or to build Camelot," he said. "It's just to literally witness him die...everyone is going to die, the question is where do you die and how do you die, and how well you die. And that had all that kind of chivalric [sentiment]; honor against darkness, hope when hope is unreasonable, which I think speaks to me."