Good rules make for good fun in game design. Or how life isn’t as depressing as you think it is. (5 min read)
John Funtanilla
Blogger
November 11, 2013

Right now, most of you are playing a game. The game is that you have to make enough money to survive and be happy. The rules: limited resources, limited time, and limited energy. And you can’t choose what attributes you start the game with. You get X amount of points in strength, charisma, intelligence, and so on.  Let’s add permadeath to top it off. Now that’s one hell of a game.

Off the top of our heads let’s think of some people that have won or are winning this game. Notch. Kanye West. Oprah. The creators of Google (I’m using Google Docs to type this). Your rich friend’s parents. Maybe you are that rich friend with the rich parents. Maybe you’re surviving just fine and are happy right now.

Yeah, the rules of life are hard. They make life nearly unbeatable. The guy that made these rules probably made Space Invaders too. But these limitations are what make the little achievements in life that much more amazing. How’d you feel when you made your first paycheck? Maybe you faced one of your fears and came out alive? 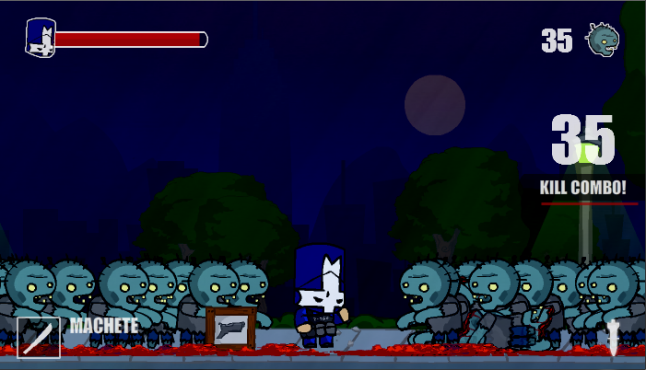 I was making a game called Zombocalypse. Naturally, a zombie shooter. The game is very limited. You move left and right and you kill whatever comes your way.

Then beta testing for Zombocalypse started.

What are you, born in the 2000s? I could’ve just said my world, my rules, but today I’ll explain why.

What Are Good Rules?

Essentially, game designers introduce rules to emphasize everything else you CAN do in the game. The focus is now what you CAN do and not what you CAN’T do (in real life that’s called being positive). Good rules:

What Games Do This?

In Halo, you can only carry two primary weapons at a time. Because of the players’ limited arsenal, they must now compare the strengths of weapons on the fly that pertain to the situation they’re in. The focus is now the best weapon, and not the number of weapons.

In Super Mario Bros, all you do is move from left to right and jump. Simple yet revolutionary. Because of this minimalistic approach, all the other aspects of the game are emphasized. The player must now focus on the terrain and be aware of the patterns and functions of each enemy they come across. After all, they call Mario games platforming games and not jumping games.

I limit the player to one weapon, left and right movement, and one zombie kill = 1 point, to emphasize 4 things:

Although not as complex and grudgingly devastating as real life, each rule in Zombocalypse serves it’s purpose.

And What About Life?

Life itself is proof that even a game with ridiculous rules can still be fun and satisfying. And with these rules humanity has done some incredible things. We made steel boxes fly. We went to the moon with the power of a calculator. We made video games.

So when you make your next game, make those rules with purpose, leave room for the player to innovate, and make it challenging. And just like life, any game worth beating is never easy.

I'd love to meet you on twitter here: @iJohnF