Since this is retro Tuesday, I will try to stay in chronological order with our previously mentioned games.

I’ve been meaning to write a postmortem on Filbert Fledgling for a very long time now, but have gotten around to it. This will be written in stages and loosely follow the postmortem formats used on Gamasutra and Game Developer Magazine. This was a complicated project for just two people and a musician, but I will try to stick to the basics.

After MindShift, I decided that I had written enough game code, and drawn enough artwork, to take on a real game project. In my excitement, I spoke with several people in the gaming industry at the time about what it would take for such a massively huge platform scroller to be built in my own house. I must say I was rather discouraged by what I was told. It doesn’t matter now. I was more head strong than they thought :) So this is how the development of Filbert Fledgling started.

The first thing I had to do was come up with a way of making a game engine that would run what was going to be one of the largest platform scrollers ever released! I didn’t know it was going to be that big. The game just fell prey to a phenomenon known as “feature creep”.

I wrote an article some years back for David Perry that talks about how I built the game entitled "Building Filbert Fledgling”. However it does not cover any of the concept art, or talk about the ups and downs of the project.

To start with, the original name for the game was “Robin” or “Baby Robin”. However, my lawyers decided it might not be a great idea since Robin was already associated with Batman and Robin. They thought there might be a legal conflict. Looking back, I seriously doubt there would have been a problem, but lawyers always have knee jerk reactions to litigation :) So we had to find a name that wasn’t taken by any trademark. Dave Atkinson and I went through probably a hundred names before settling on Filbert Fledgling.

Shortly after, I sat down and sketched out the concept for the main character which was a baby robin whom was unable to remove his shell completely after suffering a fall from his home and being displaced in the world. It was the players job to guide Filbert back home where he would be safe. Here is the initial concept drawing for Filbert. 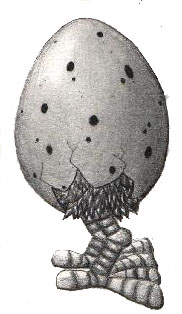 Before I could start working on the level editor I had to draw out the concept of how the game was going to look and feel. So using an ink pen on a piece of typing paper I drew the look and feel of the first zone of the game. I still can’t believe how closely the first zone of the game looks like the concept drawing! I think the only thing that didn’t make it was the barrels of toxic sludge. Don’t know how that happened. 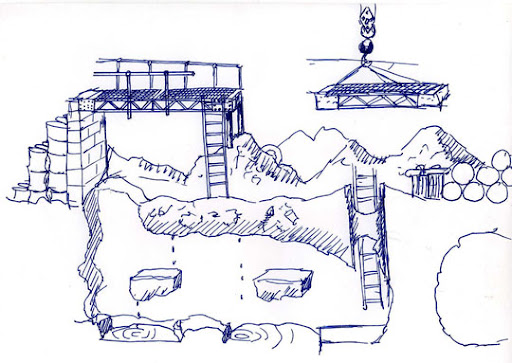 There also was a whiteboard concept drawing that I did and a picture was taken, not as impressive. 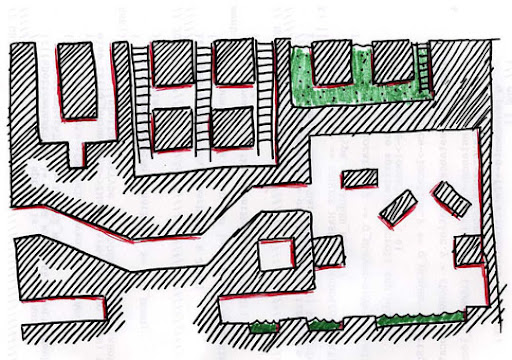