Today's post looks at how negative feedback can dramatically raise the difficulty curve of a game.
Josh Bycer
Blogger
July 24, 2013

In past posts I've used the term: Lost Cycle as a troublesome mechanic of game design. The technical term is negative feedback. Mechanics that are nothing but negative feedback are a concept held over from the arcade era and if not balanced right can do more harm than good.

Getting Kicked While You Are Down:

The use of negative feedback originated in the arcade as mechanics designed to make the player weaker or increase the chance of losing another life. Their use was designed around adhering to the same metrics of requiring the player to consistently put in quarters in order for the machine to turn a profit.

Two major examples of genres were Beat-em-ups and Shoot-em-ups. Beat-em-ups featured an actual mechanic in the form of energy draining attacks. In these games the player could press a combination of buttons to unleash a special move that probably did a little more damage compared to their regular attacks.

However, these moves always cost the player health and in a game with no way to recoup lives (outside of spending more money) and rare health items, the player would more often than not leave themselves in a worse position by using them. Expert players realized this and instead relied on simple attacks like jump kicks to fight through waves of enemies.

Shoot-em-ups featured a more insidious form of negative feedback as it wasn't something the player could actively control. Most shoot-em-ups started the player off with a basic weapon that could kill minor enemies and not much else. Collecting power-ups were vital to improving the player's ability to fight enemies and deal with bosses.

Every time the player died they would lose all collected power-ups and reduce them back down to the basic weapon. What ended up happening was the player would die in an already hard section and would find themselves out matched with their regular gun and continue to die.

This kind of design philosophy also led to the "perfect run" strategy: where the best and easiest way of playing a game, would be to not die as it would be hard to recoup any losses. 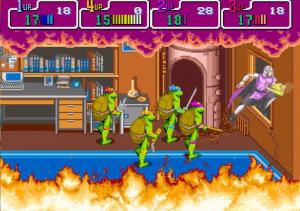 Like most arcade games at the time, players could spend life to activate special moves, but were better off using regular attacks.

The phrase: "The rich get richer and the poor get poorer" can be applied to the concept of negative feedback design.

With early game design,  negative feedback wasn't meant to add anything to the game, but instead made it harder for the player to continue playing.

As game design evolved, titles built around rogue-like design would use negative feed back mechanics, but with a different application.

The thrill behind rogue-likes is testing yourself to see how far you can go on a single run; most of the time you are not going to see the end of the game but instead die in any number of ways.

To facilitate that, many rogue-likes have enemies or situations that would make the game harder if not impossible to win. Some examples would be enemies that could damage or destroy the player's equipment, picking up a "cursed" item and so on.

In these types of games, the playtime of a run is short enough that the player won't lose a huge amount of time due to punishing mechanics . Also, due to the randomness of rogue-like design, the player never knows if they will find something to turn things around.

The rogue-like series: Shiren The Wanderer had a negative feedback mechanic in the form of hunger. Every few turns the player's fullness would drop down and when it hit 0 the player would start losing health. In this case the mechanic was designed to keep the player going and force them to weigh the decision of continuing to search levels, or move on and hope for the best.

The use of hunger in Shiren acts as a countdown for the player and was a great way to focus their attention. We saw a similar effect in A Valley Without Wind 2 in the form of the big-bad who after a select number of turns, came out onto the field to wreck havoc. If the player wasn't properly prepared they would be in a lot of trouble as it began to take out the player's resources. 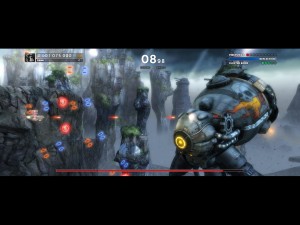 In both Demon's and Dark Souls, the games featured a very punishing mechanic in the form of the player losing all their experience/currency and having it fall to the ground when they died.

Die again, and it is all gone. While this can be a major setback, it doesn't mean the player is unable to win, as they can recoup the experience over time.

But if the mechanics of a game cause the player to start failing and it becomes harder and harder to recoup, that would be an example of a negative feedback loop.

In Children of the Nile by Tilted Mill, like most city builders if your city fell too far into disarray, you wouldn't be able to recover. But COTN had two systems in place that once you started to fall, it was very hard to stop.

First was that villagers remembered if you weren't able to provide them with a specific service or item when they wanted, lowering their max happiness. This memory lasted for a while in terms of game time and could be compounded on by any additional issues.

Second was that in order to have enough food to feed everyone, you needed to keep expanding your farms which required more elite citizens to move in. The amount you could have was based on your prestige and would rise and fall because of it.

If people started to become unhappy and revolt, you wouldn't have the food to feed everyone causing more unhappiness. Causing your prestige to drop and elite citizens to move out which further decreased the amount of food you could harvest. No food meant that specialized citizens wouldn't eat causing them to move out and losing services could cause even more unhappiness.

As you could see, once you started to fall into that vicious cycle, it was difficult to recover. That is a problem when negative feedback is so absolute and self sustaining that it becomes an unending cycle which the best thing is to restart instead of continuing to play.

Sine Mora which I examined on Game-Wisdom last year was that way. As a shoot-em-up, every time you were hit you would lose power up orbs that increased your attack power. If you weren't able to recover them or get enough during a level, you may not have had enough firepower to take down the boss before time ran out.

Mechanics that are nothing but negative feedback are to some extent, held over from the early days of game design. In most cases and genres, you as the designer want to avoid their use as there are more balanced ways of challenging and punishing the player.

But as we've talked about, if the general play time of a game is short or designed to be replay-able, hitting the player with negative feedback can add challenge to the game: either as a mountain to overcome, or a figurative doomsday clock.