Elements we constructed for destroying and defending enemy bases by shooting from a car.
Hernan Smicht
Blogger
November 30, 2020

Hi! I’m Hernán Smicht, game designer of Desert Pirates and I’m here to tell you about the elements we constructed for destroying and defending enemy bases by shooting from a car.

We love to shoot at things, but we don’t want to shoot just cars, we want to destroy a lot of things, and when more interesting the better.

We construct the enemy bases around the resources buildings that  the player needs to destroy in order to get what he needs to survive and keep moving.

So, how to protect the enemy bases (besides enemy cars)?

First of all, we thought: TURRETS. Good. Turrets work, but they get old kinda fast, so how to improve them or give them some sort of strategy option to the player to get them down?

Every turret or group of turrets are tied to an ENERGY GENERATOR, that is usually pretty well covered inside the bases, so if the player manage to get inside the bases (they should have a way) and destroy the generator he can get rid of the turrets for good. 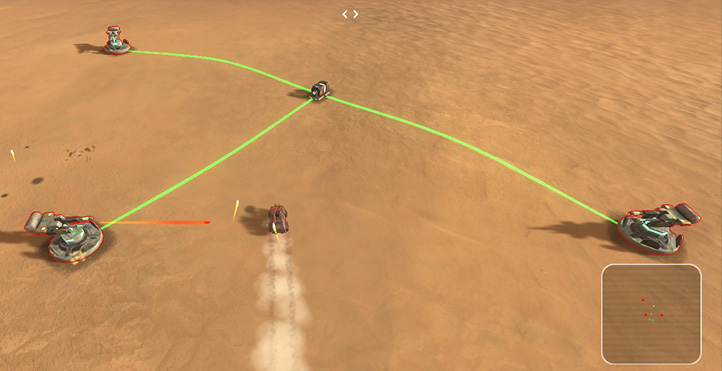 When  the player get close to this buildings enemies cars start to abandon the building and attack the player, so the player has the option of dragging this cars for easy destruction far away from the workshop (avoiding the spawn of more enemy cars) or, if the player has a big enough convoy, attack directly the workshop before the enemies can spawn.

By doing this they get the reward of all cars inside, and if the building are hit but not destroyed, spawned cars will get out already burning in flames!

These are big  towers that can protect anything inside their shield cover, we can put generators or resources (avoiding the hit and run over resource buildings, that is fun, but this mechanic adds another pace to the game). So the player first has to take down the shield in order to destroy whatever it protects. Once the shield is down the player  can choose to destroy the shield tower before the shield reestablishes, or destroy what is protecting, with the chance to get trapped (he or other from his convoy) inside the shield, becoming an easy target to enemies.

They work as an exploding timer, or if you shoot a couple of bullets more they explode immediately. They damage enemies and friends, so there is risk for both sides.

If being in pursuit the player can ignite a barrel with one shot and drag an enemy to get splashed by its explosion. Also, if sided to a turret, they interrupt the function of turrets and give him some time to take it down. 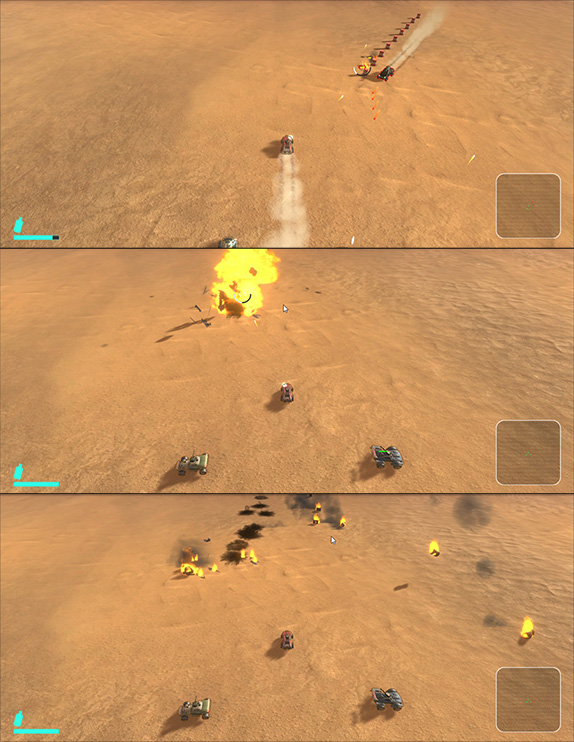 That’s it! Those are the base mechanics beside cars we have implemented until now, got more ideas? Don't hesitate to share! Questions? Shoot away!