This is a rant that I have wanted to post for a very long time. Because I am a video game developer, I naturally love to play video games; it is great research. Many of my ideas for games come while playing other games. Most of the time the ideas have nothing to do with the game I am playing, it’s just the way my mind works :) That being said, I would like to talk a little bit about game design.

I personally try to pride myself on developing games that are quite fair, and fun to play. Most games are for the most part. However, there are some games, and parts of games where I feel the game designers and / or programmers just got lazy! Maybe the drop dead date was looming overhead, maybe they got tired of working on the game by that point….I don’t know, but every now and then you will see what I call “Cheap Difficulty”.

Let me give you some blatant examples of this. I will not mention the names of these games, these were very good games except for the parts mentioned. Also I have a great deal of respect for the developers that worked on them. This is not to bash them…just those parts of the game.

The first time I experienced “Cheap Difficulty” was while playing one of the most revolutionary FPS of its time. You get to the end of the game and there is a mega boss which you have to shoot in the toe to kill it. That is the only vulnerable spot. You know the game I am talking about now I am sure :)

Great, no problems……until you find out that you can NOT possibly carry enough ammunition for every single weapon you could have possibly acquired in the game to kill it. The only way to defeat it was to use a cheat code for unlimited ammo. But wait, if you are like me, you hate cheat codes, you are the man! You can finish the game like a real gamer. That is, until the developers decided it was impossible.

The irony is that they never told you the cheat codes in the game, or that you had to use them. I found out from a friend after replaying the level 100x! There was another N64 FPS that did the same thing with T-Rex dinosaurs that would magically regenerate after you killed them. So you had to use unlimited ammo cheats to win that game too!

Recently I was playing an oldie on the Xbox. I was supposed to tail a suspect in my car. No problem, I am an excellent driver. However on this particular level the suspect can drive through lights, people, smash endlessly through other cars and not sustain any damage!

However when I tried it, I can smash through about four cars before mine is ruined. It is nearly impossible to finish that level. All because the game is programmed in such a way that the opponents don’t have to play by the same rules you do. In this very same game you get to the end and fight a martial arts master (I am sure you know what game I am talking about, great game by the way, except these parts).

Anyhow, he can walk through fire, be knocked into the fire and nada, zilch, no damage. You however, well you can’t get within 10 feet in some places. It even appears you are completely safe and you will catch fire! I would have won this level way sooner had it not been for “Cheap Difficulty”. 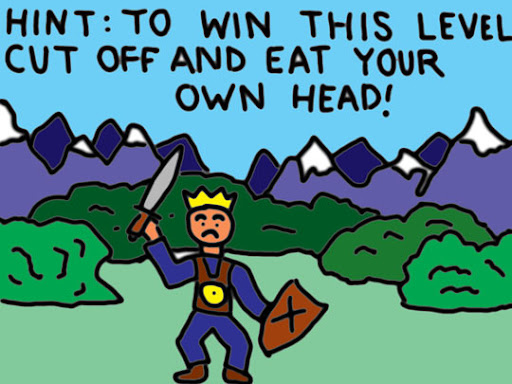 So please, if you are making a new game. Try to make your game a fun and most of all fair game to play. It isn’t hard for someone to stack the odds against a player to make a game harder, it is to make a game that is fun and fair, but I think your fans will love you for it.