Don’t Be Lazy, Immerse Yourself!

In this blog post, I give my own views on immersion in games and active role-playing by gamers. I wrote it in reaction to Dylan Woodbury's post "The Importance of Role-Playing in Non Role-Playing Games"
Dolgion Chuluunbaatar
Blogger
October 15, 2010

(this article was originally published on my personal blog The Doglion)

I just read a nice article, and it highlighted a phenomenon that I couldn't quite put my finger on myself. It's about role playing and creating immersion in games that aren't necessarily labeled as RPGs.

"Immersion"...a real buzz word these days, isn't it? It is one of the number one goals and driving forces of game developers and designers. Motion controls, advances in game graphics (3D graphics (the one with the glasses), 3D graphics (the one we currently have), shaders and Bump maps), Dolby-Surround sound, are all technological achievements that directly or indirectly were developed to allow people to more easily get lost in those digital worlds.

Less prominently but in my opinion even more important for immersion are good game writing and thus game plots and good game music. Funnily, these two points are timeless and not bound to technological restraints. Yes, sound quality was largely improved over the last few years which made an even wider spectrum of sounds possible, but if back then they could create true masterpieces with MIDI as in FF6, then I'd say game audio has been free of any real technological restraints for a long time already.

What I observed over the years (I started playing video games when I was 6 years old, around 1994 on my beloved Sega Game Gear :)) is that the better graphics got, the more snobbish gamers got. They'd strongly bash on a game if its graphics weren't top-notch with a complete disregard of the things that are actually important - game mechanics and plot. Of course I was equally amazed when a game was able to pull off some truly high-end graphic effects, but ever since I read an article around 2001 when somebody said that studies showed that players only paid attention to graphics for the first 15 or so minutes, it became clear to me that graphics really aren't what counts. Partially also because I wasn't able to afford myself high end hardware and the newest consoles, I started to poke around in the retro games scene around 2001/2. I ended up thoroughly enjoying and falling in love with the old LucasArts adventure games, SNES Final Fantasies and I'd spend entire weekends with my friends playing Bomberman on ZSNES (4 guys on one keyboard :D).

I'd also enjoy games like Baldur's Gate 2, or the first Fallouts. Back then people already criticized them for being 2D graphics when the next big thing was 3D. Well guess what? Neverwinter Nights came out and it wasn't ANY BETTER than BG2 even though it boasted 3D. In fact I found it much less playable and more annoying compared to BG2, where there was no issue with the camera, and I could actually focus on the game.

The thing I'm getting at is that back then, 2D graphics were functional. They showed my character, they showed what roughly happened with them, and a lot of the other things happening were described in text. Using such simple methods, those games were able to bring to life entire worlds in my imagination and I'd fall in love with these worlds like a 7 year old girl falls in love with Hogwarts.

You might've noticed I didn't say they brought these worlds to life on screen, but in my imagination. There is the problem with modern games. The better game graphics get, the more detailed they are, the less I as a player feel inclined to actively try to immerse myself. Immersing oneself being the act of actually imagining being that character instead of just controlling a puppet. If there is a whole world in around your character that is so detailed that there is no space for your imagination to interpret it in your own personal way, then your mental involvement with the game automatically decreases. 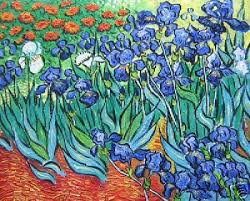 I mean I personally enjoy a painting of Van Gogh more than, say, one of Albrecht Duerer. Van Gogh's style is impressionistic, it requires me to interpret those colors into a picture, thus making me personalize the experience and thus making the experience automatically more immersive which for me is a strength. Of course it takes a good artist with a good eye for what color compositions can invoke and cause such an investment on the viewers part. Duerer, an accomplished artist in his own right, was more of the old school art. He tried to paint his motives as accurately as possible, leaving no space for me to interpret the picture the way a Van Gogh would. His goals were not to make immersive pictures. (these are my own ideas though). 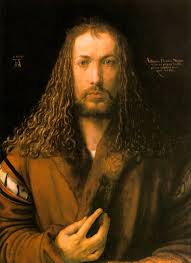 You see, the game's industry seems to try ever more to make games like Duerer made his pictures, in hopes to make them more immersive. I would say they're not going to reach that goal with graphics. Fallout had horribly drab graphics, and only showed enough detail to make it clear that it's a wasteland. Most of the drama and action in the quests I imagined taking place, largely helped by the great writing of the game, causing me to get seriously addicted to it.

For games to be more immersive experiences, I think both sides must get involved - developers and gamers. Developers should shift their focus on better game writing and more ambitious plot lines. They should improve their polish when it comes to such things as pacing and difficulty of their games. Work on your AI, programmers! Graphics to me have been absolutely fine since like 2006. I don't see much improvement between a game from 2007 and now graphics-wise.

Gamers have been spoon-fed their gaming experiences for quite a while now and getting spoon-fed doesn't feel quite as rewarding as actually eating your meal yourself, right? Gamers need to show more willingness to buy into those worlds they find their characters in and stop nitpicking on such trivial issues such as if that shadow on that bump map is anti-aliased or not. The funny thing is, that if this willingness is brought to the table, those graphics can finally actually serve their purpose. Of course, the next question would be if the player digs the game's visual style.

Hardcore players from the early 90's showed that willingness when playing the old Ultimas, and to this day cry after the quality of those games and that nowadays things are so "dumbed down". I've read an article where an older gamer is in shock that younger gamers say Ultima 4 is "unplayable" when they even didn't bother reading the manual. Games are bashed for not spoon feeding their players with smooth tutorials, which actually doesn't have anything to do with the core gameplay of a game. Is it so much to ask from a gamer to read the manual? I'm appalled when one of my friends is saying God of War/Gears of War/Modern Warfare 2 was one of the best games ever, and at the same time laughs at me for playing BG2 in 2010. It's not snobbery on my part. GoW is a cool game, but who in their right mind would seriously consider it one of the best ever when there are games that accomplished so much more? What experiences did you have on this phenomenon?