City management has long been a core pillar of the Civilization franchise. As the building blocks of your empire, cities provide all the resources and tools required for it to flourish, from gold and science to the military and religious units that propagate your culture.

Previous iterations have largely automated city management: players would pick a nice area, preferably near the coast or on a river and with a handful of natural resources nearby, and plop down their urban centers without further thought.

Civilization 6 changes all that. The introduction of districts, regions like a campus or industrial zone that each occupy a map tile, means creating an ideal city requires careful planning.

Districts become home to city improvements like libraries or factories, and the fact that they now occupy physical space means that they can benefit from adjacency bonuses when placed next to one another or near natural features like mountains or rain forests.

According to Dennis Shirk, Civilization 6’s lead producer at Firaxis, the team wanted placing districts to be an important strategic consideration. “In terms of complexity, it adds this land-management aspect to planning your cities, which then becomes a whole series of planning choices you make through the game.” 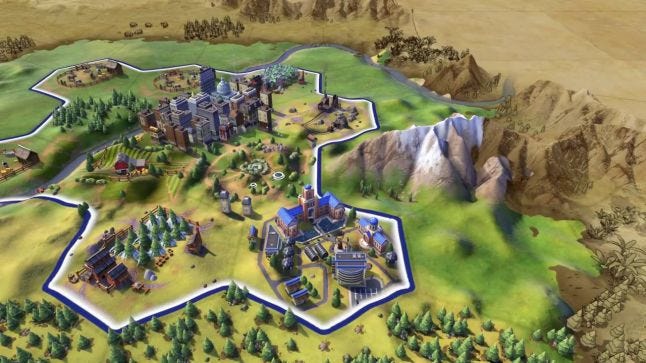 “We wanted the map to be more important in Civilization 6 than it had ever been in previous Civilization games," he adds. "This is the element that changes the most from game to game, and we wanted the world to help shape your strategy and choices. Districts were a way to add some specialization to cities, while giving players an interesting challenge in how to use the land within their empire.”

Choosing the best spot for your districts isn’t as simple as finding tiles with good adjacency bonuses. Tile improvements like farms or lumber mills will be destroyed if a district is constructed over them, and features like forests will be clear cut, marshes drained, and all their attendant bonuses lost.

Also, because most of the world wonders in Civilization 6 have to be built in very specific places (on a flat plain next to an industrial district, for instance, or on the coast next to a harbor district), the district mechanic means players will need to think ahead and reserve space for them.

And Shirk makes it clear that positioning your districts has other strategic and military consequences. “You can station a unit on a district,” he says, “but only the encampment (which is for military units) provides both a defensive bonus and a city-style ranged attack, if the city has walls. Districts also contribute to a city center’s base defense strength as well.” 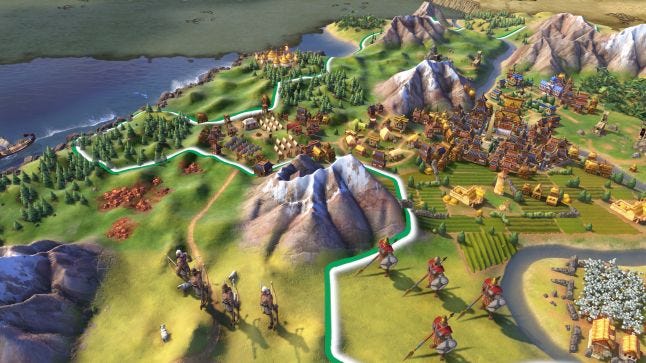 But districts also provide tempting targets of opportunities for an invading force. “Districts and their buildings can be pillaged, and grant a yield based on the district type. Pillaging a campus yields science, for example. Depending how many buildings are present, it can take multiple turns (one turn per building, and one for the district base).”

Because the city center counts as a district and can itself attack hostile units within its range, fanning districts in close proximity around it (or near an encampment) is a sound strategy, providing much needed defense for the low hanging fruit they represent to attackers.

While in previous games it was easy to to build “super cities” that were capable of providing every resource in a single location, Shirk says the districts system was intended to disincentivize these one-stop shops.

“The number of Districts allowed in a city is limited by the population of the city. You can have one District for every three population. This forces players to make specialization decisions, because they can’t have every District in every city. You now have to think long and hard about which city is your best science city, which is your main commercial hub, and which is the cultural center of the empire.”

As a civilization marches ever closer to modernity, new districts will be introduced to reflect the progress of technology and culture, things like spaceports and seaside resorts. “In most cases, these will have to replace an earlier improvement. This means most cities go through at least two phases of planning and layout in the course of a game.”

Implementing a key change of this scope, something that affects everything from the core gameplay to map and unit design, was a massive design feat. 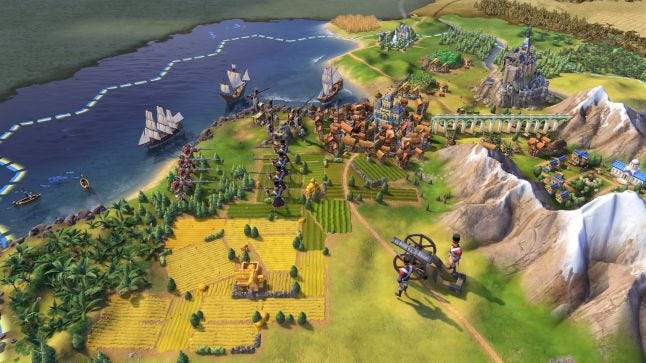 “Identifying what kinds of districts would be in the game had its challenges, and then figuring out good adjacency bonuses was something that required a lot of balance and tuning as we went along.” But Shirk suggests one of the biggest difficulties wasn’t a design or programming one, but artistic.

“It added some opportunities for our artists for designing their style and color, and making sure that each district was identifiable not just through color but through shape. It’s a simple change to describe, but like everything else in Civilization it affects the entire game. The biggest technical challenge with this system was developing an art pipeline that worked for such a component-driven system.”

By the latter stages of a game of Civilization 6 a single district might be home to as many as five or six buildings. Given how small each tile is, and how many different states it might have to represent, the difficulties for the art team were considerable. 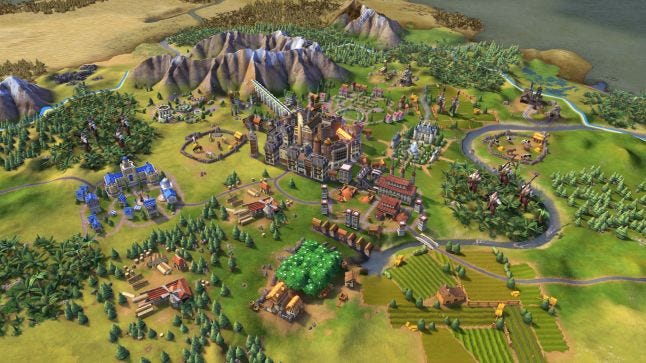 “Each district is made up of many pieces, which can come online in many different eras. As the eras progress, the district bases, clutter, and decals all have to update, and they all have to work with every building that can be placed, including unique buildings that some civs have, and others do not."

Shirk concluded: "They also have multiple tiers of destructibility, so creating this system was easily the most difficult challenge to crack in terms of our art pipeline.”